PGA Tour event will be held at ClubCorp property beginning next year. Meantime, 2020 play may resume in June at Colonial Country Club in Fort Worth—without spectators.
By Christine Perez | April 15, 2020|9:06 am
Advertisement

The AT&T Byron Nelson has a new home—at least for the next five years. The PGA Tour has struck a deal with ClubCorp to hold the tournament at TPC Craig Ranch in McKinney, starting in 2021.

Meantime, Golf Digest and others are reporting that PGA Tour play will resume in June at a rescheduled Charles Schwab Challenge at Colonial Country Club in Fort Worth—but without spectators.

The 2020 AT&T Byron Nelson, which was to be the last at Trinity Forest Golf Club in Dallas after a two-year run, was canceled last month due to COVID-19. For the 35 years prior, it was held at the Four Seasons Las Colinas.

When the tournament resumes next year in McKinney, it will be the first PGA Tour event in Collin County, home to PGA of America’s new headquarters, which is currently under construction. A date for the tournament has not yet been set, but PGA officials expect that it will be held in May, per tradition. 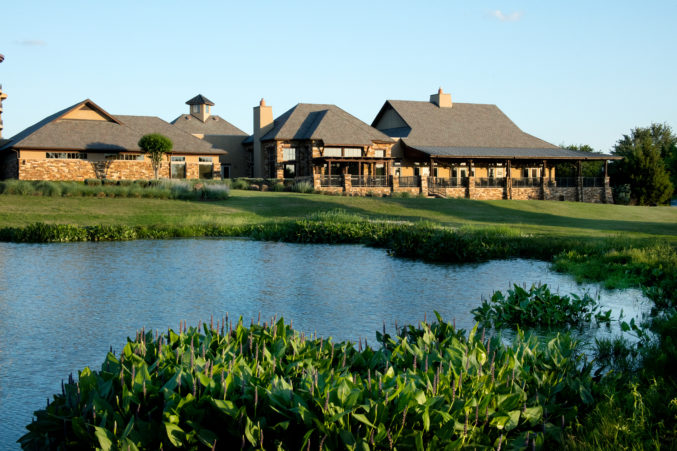 The AT&T Byron Nelson has been hosted by the Salesmanship Club of Dallas since 1968. It is the most financially successful charity event on the PGA Tour, having raised $163 million during the past 52 years. All proceeds benefit Momentous Institute, which aids local children and family members through education, therapeutic services, research, and training. Last year, Momentous Institute was named the PGA TOUR Charity of the Year.

Below are press release statements from key players involved in the TPC Craig Ranch deal:

David Pillsbury, CEO of ClubCorp: “It is an incredible honor to host this prestigious tournament, and we could not be more thrilled to be a part of it. TPC Craig Ranch is known for providing a world-class golf experience and has been the home of the US Open Qualifier and Korn Ferry Tour for the past two years. We are thankful to our Members and the entire McKinney community for their support in bringing the Byron Nelson to TPC Craig Ranch.”

Mike McKinley, chairman of the board for Salesmanship Club Charitable Golf of Dallas, the host organization that operates the AT&T Byron Nelson: “The AT&T Byron Nelson has always been about providing world-class entertainment with the ultimate goal of supporting Momentous Institute in its work to transform the lives of so many children and families in our community. TPC Craig Ranch, ClubCorp, the City of McKinney, and the Collin County business community have all made it very clear they share these same values and are eager to build a partnership. We are convinced that this partnership will garner the most impact for Momentous Institute both now and in the future. Our charity, like nonprofits across the region, needs our support now more than ever. We look forward to planning for 2021 – something truly special is coming to North Texas in May of next year.”

Jon Drago, tournament director of the AT&T Byron Nelson: “TPC Craig Ranch will provide the perfect footprint for delivering the optimal spectator experience and allow us to maximize the Salesmanship Club’s mission with the Momentous Institute. From a competitive standpoint, we’ve received incredibly positive feedback already from PGA TOUR players on the new venue. In fact, our defending champion, Sung Kang, practices at the course. Between this and the world-class amenities that Collin County has to offer our fans, TOUR players, and their families, we think the location will be a huge hit. This move will provide a remarkable opportunity to showcase our North Texas region and the dynamic growth that defines it.”

George Fuller, mayor of McKinney: “TPC Craig Ranch is an award-winning championship golf course designed and built specifically with the goal of one day attracting the Byron Nelson. In addition to being a world-class event, the Byron Nelson tournament epitomizes the compassionate and philanthropic spirit that defines our community, and we look forward to our exciting future together.”

Private hospitality venues are already sold out for the May 9-15 tournament, which will be back at full capacity and feature a Saturday night concert.
By Jordan Perez
Sports

Byron Nelson Round 1: the Good, the Bad, and the Ugly

Here is (some of) what you need to know about the Craig Ranch iteration of the tournament.
By Tim Rogers
Dallas 500

The chairman and CEO of Craig International shares his toughest business challenge, ideas for improving Dallas, and the advice that shaped his career.
By Ben Swanger
D Magazine Directories