Last week, I received a couple of photos from a FrontBurnervian who was concerned about folks who are disabled visiting Bishop Arts. There were two photos of torn-up sidewalks at either end of Bishop Avenue, a stretch sandwiched between Eight Street on one side and an alley on the other. 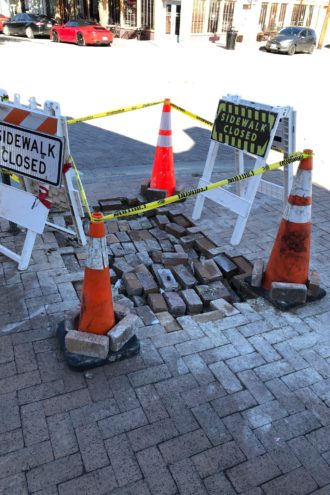 A torn up sidewalk in Bishop Arts, near Eighth Street. 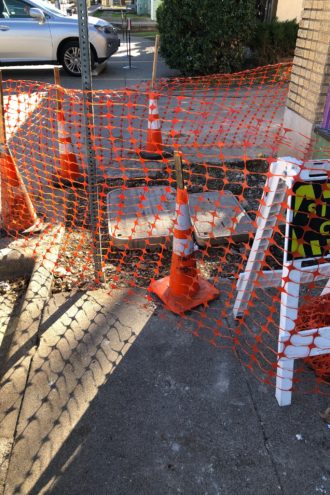 A torn up sidewalk in Bishop Arts, near Eighth Street.

A block east, our correspondent found the handicapped parking behind Paradiso occupied by a pair of dumpsters and a storage container, which you see atop this post. Krystal Sarna, a spokeswoman for the restaurant, said this: “They were put there temporarily as we work with the city to pave part of the alley behind the building to accommodate the trash trucks. ADA inspectors were aware before they were placed there.”

After being sent the photo, the city said Code Compliance determined that the location of the dumpsters was indeed a violation and “are working to get them into compliance.” The sidewalks were torn up due to telecommunication utility work, and its completion was delayed by rainfall.

“A City inspector from Public Works visited the locations on Jan. 28 and found that the access ramps around the construction areas were not blocked off and are still accessible, along with other access ramps in the surrounding area. It was determined the sidewalk sections under construction are compliant with ADA regulations because the area can be accessed using the other available open walking paths.”

OK, so, maybe it doesn’t violate the Americans with Disabilities Act, but it doesn’t make it any easier to get around. It reminded me of the Medical District, where you’ll find scenes like this: 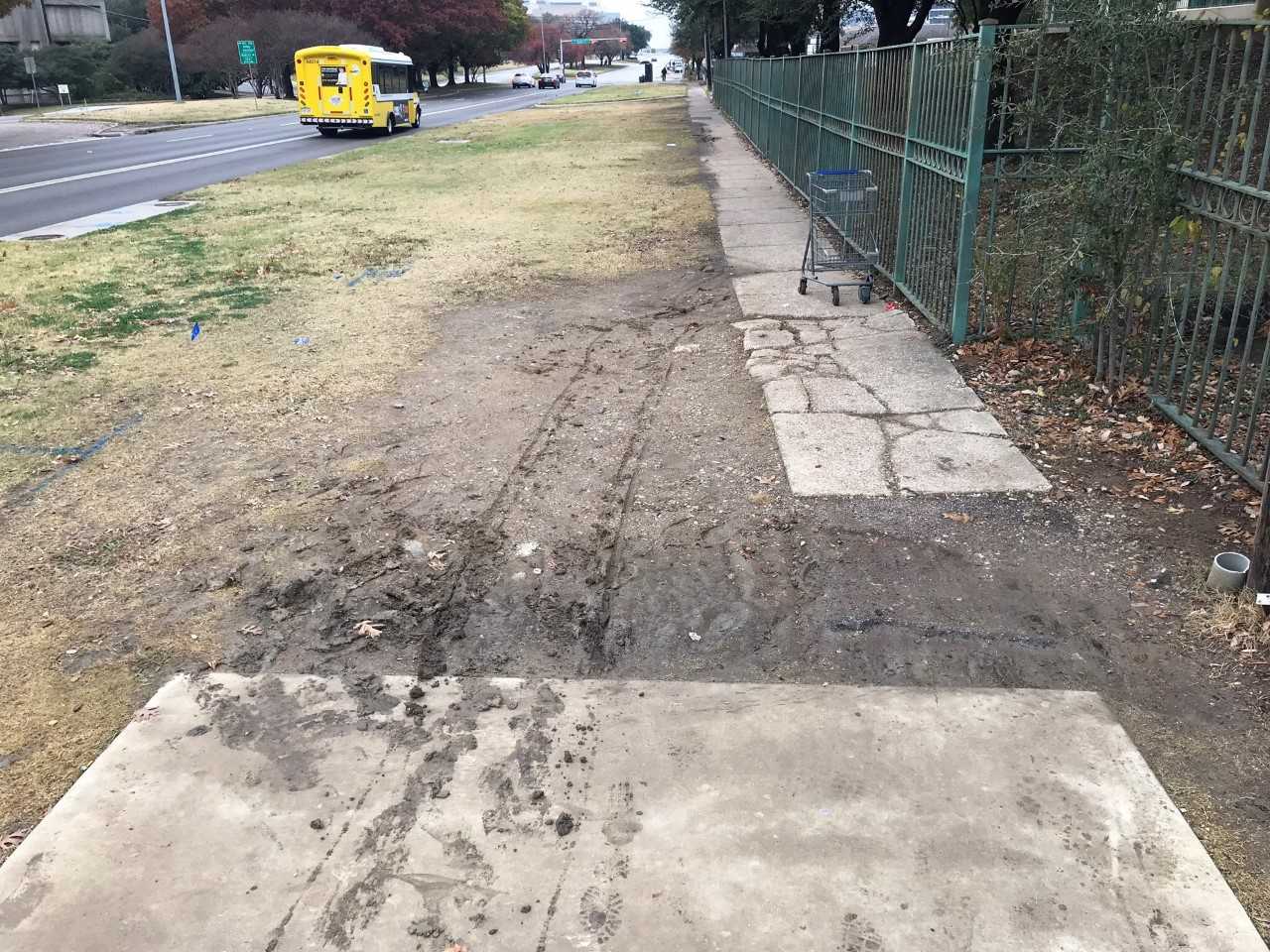 This is actually part of our world-class Medical District, along Harry Hines.

I wonder if more could be done to prevent such disruptions for folks with disabilities. The city wants you to help it solve these issues:

We encourage our residents to report any suspected violations regarding a sidewalk obstruction or parking issue to  311 via the website (www.dallascityhall.com), the OurDallas mobile app, or by dialing 214-671-3111 so we may address concerns promptly.

And, in their defense, the city had staffers out in Bishop Arts to look at these things the day after I emailed. Always report.