We spend a lot of time in downtown and Uptown for this feature, so let’s trek over to East Dallas. The photo you see above this post was taken by an unnerved FrontBurnervian on Santa Fe Avenue in Junius Heights. The street runs adjacent to Woodrow Wilson High School and J.L. Long Middle School. Let’s check in with him:

Students from Woodrow Wilson High School and JL Long Middle school living in the Hollywood/Santa Monica neighborhood of East Dallas (district 14) are forced to walk on a very speed-happy Santa Fe Ave or in the mud along this stretch of their walks to/from school.

I’ve emailed Council member David Blewett about this stretch and will update if I hear back. The city’s street maintenance program has a long portion of Santa Fe Avenue—including the 6600 block, where this photo was taken—planned for “preventative” service over the next few years. That process began last year and will continue through 2023. For the sidewalk, though, folks will have to wait three years. It’s not budgeted to be installed until 2023.

Last night, at a city meeting for its upcoming comprehensive transportation plan, Transportation (sorry about typing that word so much) Director Michael Rogers showed the last piece in our Dallas Hates Pedestrians series and said “we must do better.” That one, too, was about a sidewalk, but at least it existed. It just went to nowhere. 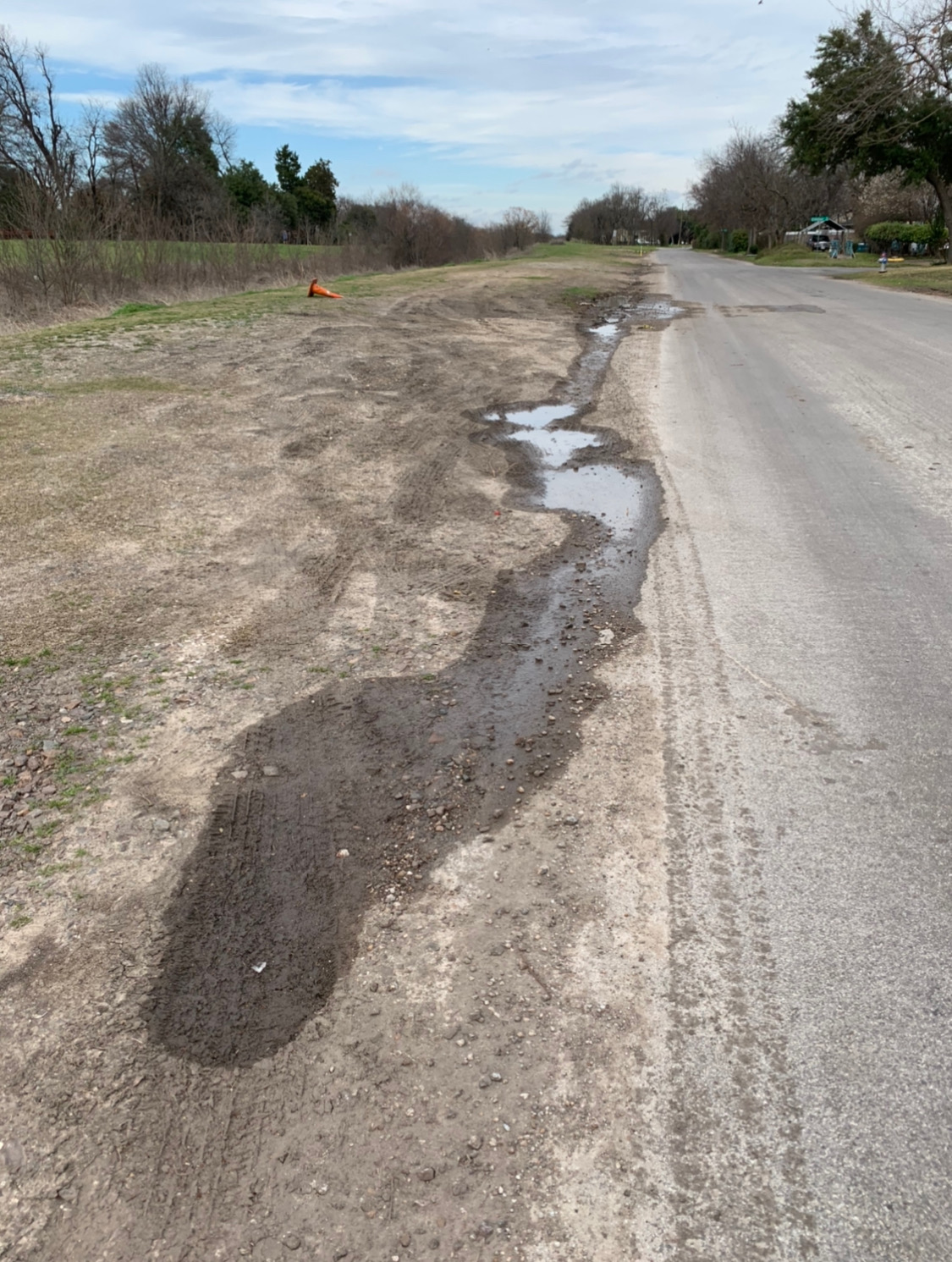 The other side of the road isn’t any better.

Look, I get it. These things cost money. They must be planned. They must be designed and scoped and engineered. It’s probably not as simple as just putting a sidewalk somewhere. But I also know it shouldn’t take four years, and that’s just from the period stated in the Public Works planning document. As I wrote last week, this stuff is easy to overlook, but it’s one of the most basic tenets of municipal government: create a city that is safe and navigable for your residents. What method of getting around a city your muni government chooses to prioritize its spending on—whether that be driving or cycling or perambulating—says a lot about what its imagined idea of a resident is, both in what they can afford and what they prefer. It’s clear we’ve for too long prioritized the vehicle. Even simple things like sidewalks get short shrift.

Dallas has made strides and has a long way to go. This is a conversation now happening at the highest levels of local government, which is certainly encouraging. But you see things like this so often, a distinct disinvestment in simple infrastructure (you also see this in the Medical District) that must be fixed. Kids are walking to school there. They shouldn’t have to wait until 2023 just to get a sidewalk.