For the last two and a half years, Tonya McClary has been keeping tabs on the New Orleans Police Department. She’s been in the news discussing police shootouts and explaining when officers can and cannot chase suspected criminals. Soon, she’ll be answering these questions in Dallas.

Last week, the city announced McClary will serve as Dallas’ first-ever police monitor, head of a three-person city department established last year by the same city ordinance that revamped the Community Police Oversight Board. Those measures came as years of community advocacy met with outrage over the killing of Botham Jean by Dallas police officer Amber Guyger. 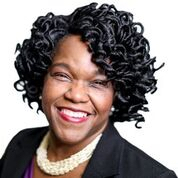 The board has met four times in its new iteration. The first time, you may know, went poorly, as things became heated after the meeting closed without time for community input. (Community members were eventually given time at the mic.) But in large part, the Board exists to confirm or deny the functions of the Office of Community Police Oversight, so things have so far moved slowly.

McClary’s hiring means the city is a step closer to real police oversight. It has been well-received.

“She was our clear pick,” says Changa Higgins, one of the community leaders who was instrumental in establishing the oversight structure. Higgins was on one of the three five-person community panels that interviewed finalists. “If they didn’t hire her, we felt like they should go back to the drawing board and get more candidates. That’s how much she stood out.”

McClary’s history earns her credibility. She is a former public defender, but she’s also a minister who has her roots in indigent defense and criminal justice advocacy. She has spent the last three years in the New Orleans’ Office of the Orleans Independent Police Monitor serving as Chief Monitor, a position focused on use of force (the head of that office, Susan Hutson, carries the title of independent police monitor).

Capping it off, McClary worked as a public defender in DFW—living in Kaufman County and making frequent work trips to Dallas proper—for three years, and says she has followed the struggle to establish oversight. Assistant City Manager Jon Fortune said two months ago how difficult it was to find someone who could work effectively in a position with so many stakeholders—police, prosecution, city staff, City Council, and of course, the community. In McClary, they believe they have that person.

She comes in to a stack of 78 complaints against police, as of the Board meeting last week. That number appears to be growing quickly. McClary will need to get her two staffers hired in a hurry. Once her office is established, it will keep tabs on DPD’s internal affairs investigations in real-time and then present findings to the Board alongside internal affairs. The Board will be able to assess both presentations, vote, and forward a recommendation to Chief U. Reneé Hall, who has final say in personnel matters.

Before she gets started, McClary was nice enough to pick up the phone and answer some questions.

You became New Orleans’ chief monitor in 2017. What drew you to this work?

I became the first in my position. The chief monitor was totally new, so I had to come in and build this department. New Orleans had a history of use of force that had made national news and was heavily criticized, so our office felt like it needed somebody that could focus on use of force. I had a history of doing criminal justice reform work, advocacy, for close to 25 years. In some of that work, I looked at policing issues. I looked at working with departments around policy. I was new to police oversight but not to policing.

What have been some of the greatest successes of the agency?

What are some of the differences between the work you were doing in New Orleans, and the powers that office has, versus here in Dallas?

How much did you watch the struggles to get oversight in place here in Dallas and what drew you to wanting to tackle these issues here?

I definitely did watch the fight. I was watching it while I was a citizen of the city. A lot of times, unfortunately, how offices like ours come into existence is because police is under a consent decree—the Department of Justice has come in and kind of mandated oversight. But it’s very exciting to be in a place where the department can kind of get on the front side of that. It’s an exciting time. The sister city right next door, Fort Worth, has also just hired their first monitor. So it’s going to be interesting to see how these twin cities are working together, how monitoring is getting out on the front end rather than having to be mandated. Because of that—because there seems to be a willingness to get this to work—I think it’s an exciting place to be.

A lot of people have credited Chief Hall with working with the community. Of course, there are a lot of community advocates who would say they are ones who have sort of forced their hands. Have you had conversations with some of the people who’ve been doing this work behind the scenes?

I definitely have had a chance to talk to some of the folks. Let me be clear, when I talk about the police department getting ahead of it, that is not to say anything about the community. A lot of times when you see oversight happen, it happens because you see the Department of Justice or some other entity has intervened and kind of forces the hand of the department. In fact, it has been the citizens’ outcry. Even in the former iteration of the board, those were citizens that were coming forward and trying to hold the Dallas Police Department accountable. I know this has been a fight. Over the years, I have had a chance to meet some of those stalwarts in this fight. I know they’re going to continue to monitor it now that things are in place. And that’s important, because the work of a police monitoring body is to be a partner with the community.

You do sit in the middle of a lot here, with the police, the city, the City Council, and the community. How do you view your relationships with all of these? Do you try to prioritize these folks? How do you figure out how to sort of move things forward in the best way for the city? I know it’s probably easy to ruffle feathers in this kind of job.

And then also on the law enforcement side, I think there’s a perception that oversight agencies’ sole job is to kind of bring the hammer down, just to point out every thing that’s bad in the department. That’s not the role. The role is to fact-find. If the facts lead us to say there was a good investigation, that’s what we say. If the facts lead us to say that the investigation was not good and needs improvement, we say that.

I think there’s going to be room on both sides for education. Police oversight wants to support good officers, officers that are doing their job within policy and procedure. We want to support them. We also want to support the public. When the police department is at its best, the community is safe, police officers are safe. So it is a delicate balance in terms of having everyone understand the role of a police monitor.

There are now apparently 78 complaints waiting for you. Does that feel like a lot? How do you anticipate approaching that?

(laughs) I mean that sounds about average. You have to realize Dallas is a larger city than New Orleans. I heard that same number and I was like, OK, well when I hit the ground I won’t have a chance to breathe, I’ll just have to start. I’m not glad that they’re increasing because that shows that civilians are having some concerns with the police, but it does show that people are starting to understand the process. Part of my job will be to get in there and look at it. What are some of the issues that some of the civilians in Dallas are experiencing? What are their perceptions? What are their encounters with the police department?

What sort of unique challenges do we face in Dallas when it comes to holding officers to account?