In 2018, U.S. District Judge David Godbey ruled that the county had to dismantle its assembly-line bail system. He found that poor people accused of committing nonviolent crimes were stuck in jail because they couldn’t afford to post bail. Among criminal justice reformers, hopes were high. But now, a year and a half later, bail reform in Dallas County is murky at best. The court battle is ongoing, and a lack of communication among its major players has spurred confusion and piecemeal adoption across the criminal courts.

The confusion around executing these reforms has even leaked out of the Frank Crowley Courts Building. Just look at the Dallas Morning News’ editorial board. Two Sundays ago, the voice of the paper printed flimsy conclusions based around an opinion piece written by U.S. Attorney Erin Nealy Cox, which was also published by the paper. Nealy Cox lists instances in which offenders with violent histories have been released from jail on bond, only to reoffend. But the edit board paints in broader strokes, claiming that bail reform “drives toward the uncritical release, on outrageously low bonds, of people accused of violent crimes who have a history of violent behavior.” It blames District Attorney John Creuzot, a Democrat who has advocated for reforming the bail system to make it more equitable to the poor.

That editorial is inaccurate. It suggests we have true bail reform in Dallas County. We don’t. It insinuates Creuzot’s wish-list reforms are in place. For the most part, they aren’t. It also conflates a violent offender with the type of defendant bail reform is targeted at: poor people who are accused of a nonviolent offense, whose lives are upended because they don’t have money to post bond.

Arraignments in Dallas County have traditionally worked like this: about 20 defendants sit before a magistrate. Their charges are read one by one, and bail is determined by a schedule that associates a price with the crime. The individual’s ability to pay is not taken into consideration. They have no representation, and because there are no defense attorneys present, prosecutors cannot be either. According to figures provided by the ACLU at the time of the lawsuit, as many as 70 percent of the 5,000 inmates in the Dallas County Jail are only there because they cannot afford to post bail.

Creuzot wants the magistrates to consider a risk assessment, which would include the individual’s ability to pay and the likelihood of reoffending. He wants public defenders and prosecutors present at every arraignment. Without this arrangement, Creuzot maintains it’s difficult to get adequate information to the judge who is making a decision on the amount of their bond.

Judges now have access to risk assessment. Flawed and incomplete data means that it, as well as other pre-bail information shared with judges, may not be accurate. That’s why Creuzot believes it to be important for defendants to have representation.

He has had support. Last year, county commissioners approved an annual expenditure of $2.5 million to hire 14 new positions. They are charged with instituting the new procedure. But Dallas County judges have failed to grant their magistrates authority to appoint public defenders, effectively blocking the commissioners. It would be unethical for the DA’s office to be present during bail hearings without defense. So arraignments continue without representation.

And it’s here that Creuzot thinks the DMN gets it wrong in laying at his feet the blame for the release of violent offenders. 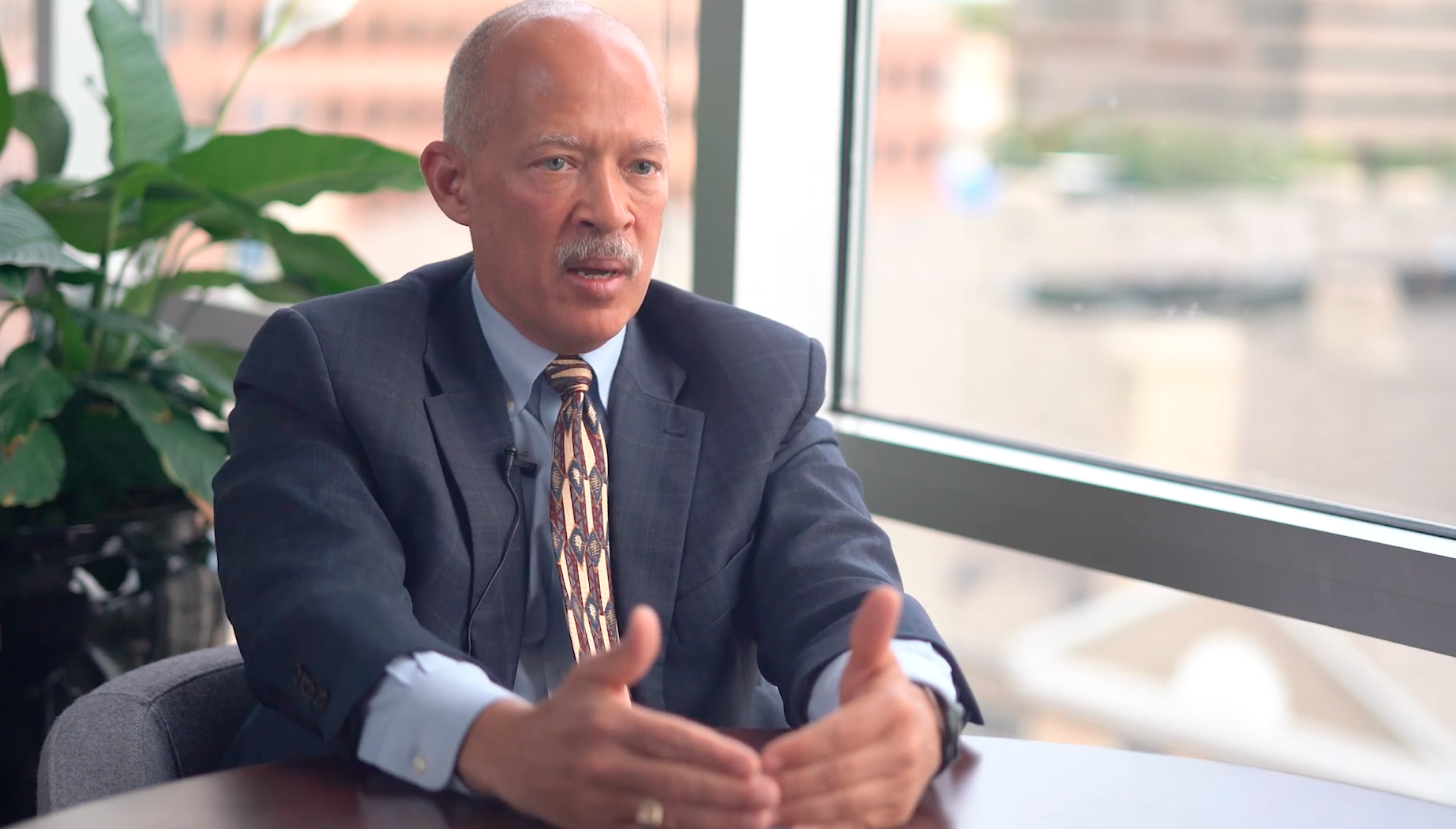 Creuzot also says judges need to be better about providing—and following up on—meaningful conditions of release, such as drug testing or treatments or other interventions.

Before, although they had the ability, a magistrate would rarely go against the bond schedule. This acted as a safety net, and judges and magistrates could hang their hat on fairness as long as they were following the schedule.

But it had a societal impact—low-level offenders who were poor languished in jail for days, unable to pay their bonds, costing the system money while making them more likely to lose their jobs and stabilizing relationships. This leads to a higher rate of recidivism, landing them back in jail with an even higher bond. Meanwhile, of course, people who had money to bond out did so. Proponents of ending cash bail note that offenders of certain means will always be able to get themselves back out on the streets. Currently in Texas, as recently discussed by criminal justice blog Grits for Breakfast, there are few allowable reasons for detaining without bail.

Giving judges more discretion allows the justice system to account for the individual—their flight risk, the chances they’ll become violent, their finances. Doing so with prosecutor and defense attorney present provides a check on the information the magistrate is using to inform the bond.

“In a perfect world, the judge makes the best decision when that judge has the best, most reliable, and most plentiful information,” says state District Judge Brandon Birmingham. He says judges are given the financial affidavit, showing whether the person is indigent or has a job (not verifiable); the arrest affidavit (often, with the investigation in its infancy, no more than that); and the risk assessment. The risk assessment takes into account things like criminal history and whether they’ve had a bond revoked—which could mean the person failed to show up to court, came in under the influence of drugs or alcohol, or picked up another offense.

“The risk assessment, in theory, is great. There are studies out there that support the idea that if a person has failed to abide by court rules before, they’re more likely to fail to abide by court rules now,” says Birmingham. “But the problem is that’s a function of the accuracy of the data. If the data is not accurate, the risk assessment score will not be accurate.” This is a relevant problem in Dallas County now, but he believes that it won’t be in the future. “I think the statisticians would tell you three to five years if it’s tracked properly, and the county is making moves to do that,” he says.

In the meantime? Birmingham supports putting a prosecutor and defense attorney at every bail hearing. He is also one of the four judges who secured their own legal representation in the case against Dallas County, in which they are among the many defendants. The other 13 district judges are represented by Attorney General Ken Paxton. The four who split were not happy with the way Paxton was representing them.

According to Creuzot, Paxton’s group wants the private bar available to represent clients either on an appointed or ad hoc basis, if hired. But Creuzot says that presents practical problems, because the jail wouldn’t let that sort of representation in. And there are also the logistics. Arraignments run 24 hours a day. “Who’s going to show up at three in the morning to do that anyway?” It’s possible the end result could be a melding of the approaches.

“I believe everyone is for getting better information and more accurate information and information at a sooner date,” says Judge Nancy Kennedy, part of the four who left Paxton’s representation. “It’s just a question of how do we do that if we don’t have both sides down there advocating for their position.”

“In a perfect world, the judge makes the best decision when that judge has the best, most reliable, and most plentiful information.”

Creuzot’s current thinking: go ahead and staff the jail with public defenders anyway, and then offer every person who is about to face a magistrate the chance to choose whether they want the representation. That way, you work around the judges failing to give magistrates the authority to appoint.

“Let’s say the judges don’t empower the magistrates, because they haven’t,” says Creuzot. “A person’s there and we’re there, and a person is going to go before a magistrate to understand what they’re charged with, what their rights are, and what their bond will be set at. They have a choice: go alone or go with a public defender. I bet you 99 percent of them go with a public defender.”

We’re approaching two years since a group of nonprofits filed the lawsuit on behalf of a handful of Dallas County plaintiffs, eventually forcing the county’s hand when it comes to enacting bail reform. Although a similar suit in Houston settled outside the courtroom, Dallas County’s has been slow to progress. In October, all sides of the dispute started mediation. If the sides can’t come to terms, they’ll go in front of 5th U.S. Circuit Court of Appeals. It’s conceivable that an appeals process that stretched to the Supreme Court could go on three or four more years. With growing momentum across the state, it’s also possible state law could change Dallas County procedure before the lawsuit is complete.

In the interim, Creuzot says communication between the 13 judges represented by Paxton and his office is nonexistent.

“We have no communication with them on anything of any substance on bail,” he says. That makes it difficult, he says, for his office to understand the way things like risk assessment are being used.

Not helping relations is Creuzot’s very public spat with the presiding judge, Tammy Kemp, who filed contempt charges against the DA when he restated a previous answer to why he chose to pursue murder charges against Amber Guyger, the Dallas police officer who shot and killed Botham Jean as he relaxed in his apartment. After Creuzot’s legal team—which he notes he fronted with $20,000 of his own money before the county voted to reimburse the fees—got Kemp booted from the contempt case, a judge ruled his statements didn’t violate the Guyger gag order after all. Creuzot, in a press conference, vowed to challenge gag orders from here on.

Birmingham, who said he maintains a good relationship with the DA’s office, declined to comment on specific dynamics between the other judges and Creuzot. He says it wasn’t that long ago that all parties—the county, the DA’s office, all judges—were on the same page.

“Up until the lawsuit happened,” Birmingham says, “I felt like we were moving in a very good direction.”