Mayor Eric Johnson gave his State of the City address on Monday, taking questions from NBC 5’s Julie Fine in front of 800 people at the Hyatt Regency downtown. He discussed his recent directive on violent crime, anti-city efforts in Austin, and his love for SMU athletics. Let’s hop to it.

The Mayor Doesn’t Want You Reading Between the Lines of That Letter to City Manager TC Broadnax. This would be the letter, sent last Tuesday, in which Johnson asked Broadnax to produce a “comprehensive, written plan to reduce violent crime in Dallas by a time certain.” It represented a noticeable shift in tone for the mayor.

A little over two months ago, at the Texas Tribune festival, Johnson downplayed the violent crime statistics and talked about how the spurt of 40 murders in May skewed the year’s stats.

On Monday, Johnson said he’d resisted pressure to play into scare tactics while on the campaign trail. We were merely halfway through the year at that point, he said. With a month left and with the highest body count in more than a decade in view, Johnson called the issue “a significant concern.”

In his letter, he called out the disproportionate effect on the city’s African American population. About 64 percent of gun violence victims in Dallas are black, according to our analysis of five years of city data.

He maintains this isn’t about setting the stage for a resignation, and that the letter “was not meant in any way to be disparaging of TC Broadnax.” (He says he hasn’t met with him since, but he had a regular, weekly meeting on the books with Broadnax for Monday afternoon. Broadnax said in a statement Wednesday that he and Chief U. Reneé Hall are on it.)

“If I wanted to call for someone’s removal, I’d call for their removal,” he said.

Fine asked whether the spike would eventually impact Dallas’ economic development interests. Johnson softened his answer by explaining that his first concern was the victims and their families. “But yes, it does make it harder to convince Uber to come here if they feel like their employees are going to become crime statistics,” he said. “There is a business reason, also.”

Johnson Is Very Concerned With His Former Colleagues’ Apparent Disdain for Cities. He doubled down on an editorial the mayor’s office popped out shortly after Texas House Speaker Dennis Bonnen’s comments were made public. Austin’s increasing aggression toward the state’s major cities is the biggest economic hurdle currently facing Dallas and the rest. “We found out that it’s real,” Johnson said. “An effort to cause cities, in essence, to underperform.”

He made special mention of Senate Bill 2, signed into law in June, which limits city revenue by capping property tax growth at 3.5 percent.

It is going to become “increasingly difficult to provide the level of service that you expect in terms of roads and mobility and everything else, because we’re being hamstrung by Austin,” Johnson said. 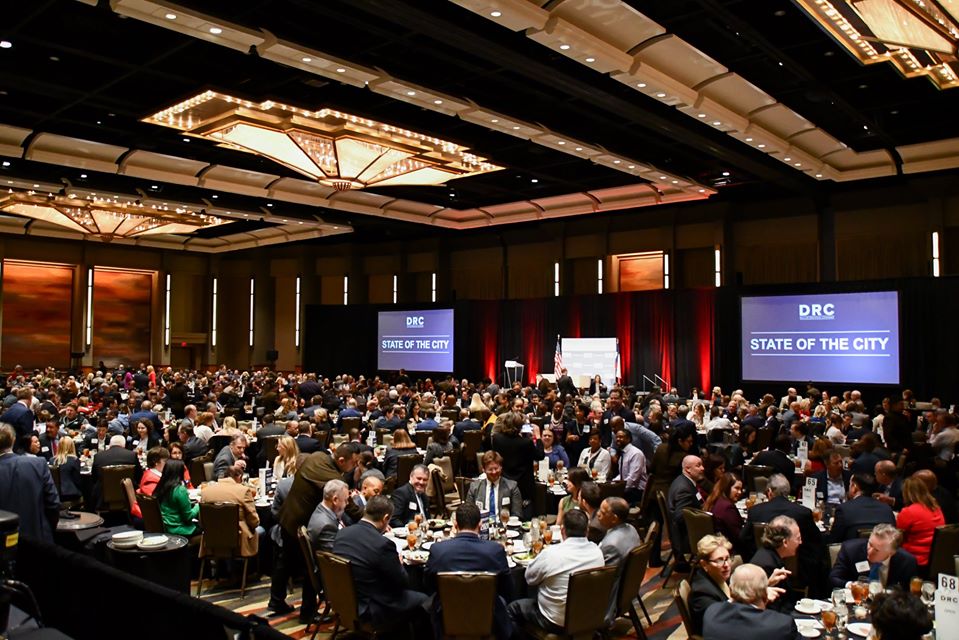 The Mayor Wants Dallas Mentioned with NYC, LA, and Chicago. He says we relate more to those cities in our “aspirations and our view of ourselves” than we do to cities like San Antonio and Phoenix, who are also in the top 10 in population. He mentioned this one at Tribfest, as well, but this time he has a few ideas pulled together to help Dallas in its quest—including attracting more consulate offices and adding more international flights. He says he’d like to hear multiple languages at any given street corner. “We need to be known as a welcoming city that relishes and values its reputation as an international city,” he said.

He Sees Nothing Wrong With the City’s Burgeoning Love Affair With SMU, which has had a heavy presence on his Twitter account. “What is the downside to embracing a fine academic institution that brings talented young minds to this area every year who, if we play our cards right as a city, won’t leave here?” he said. “What I get out of this, hopefully, is those kids fall in love with Dallas while they’re students here and while they’re in law school and business school here, and they stay.”