We were having an editorial retreat at my house back in July when Zac Crain suggested it. The 40th anniversary of Dallas’ first professional women’s basketball team was coming up, he said. We should write something about it. I must have raised my hand.

I didn’t know much about the Dallas Diamonds when I got started. A former coworker of mine at D, Nancy Nichols, had been the general manager for the team, and I’d heard some of her stories. But I wasn’t sure how much of a piece I’d be able to cobble together about a team that only existed for two years in a league that only lasted three seasons. And how much would people remember anyway?

It turns out a lot. When I met with Jud Phillips, the team’s founding owner, he unloaded his “$300,000 scrapbook” of team memorabilia on the conference room table in his office and told me the story of his dashed dreams as the owner of a failed sports franchise. When I called Carolyn Bush Roddy, one of the team’s first stars and a June inductee into the Women’s Basketball Hall of Fame, she told me stories of what it was like to grow up during segregation, play on her high school’s first integrated team, and then give up her job with the Oak Ridge National Laboratory in Tennessee and take a pay cut to move to Dallas and play pro ball. When I talked with Eric Nadel, the Baseball Hall of Fame broadcaster for the Texas Rangers who worked in the off season doing the call for the Diamonds, he dug out an old tape from a game and left it on his front porch for me to pick up.

The kicker was Tom Davis, the team’s assistant coach for the second season. He had kept hundreds of pages of meticulous notes on everything from scoring stats to interpersonal conflicts. But my favorite thing was a needlepoint that he made in commemoration of what would turn out to be the Dallas Diamonds’ last stand. It’s embedded with hidden messages, including the team’s warm-up music (“Whip It”), the size of the largest crowd (8,117), what the team would shout when they broke huddles (“Do some damage!”), and what they accomplished during the season (“Worst to First”). Read the whole story here. 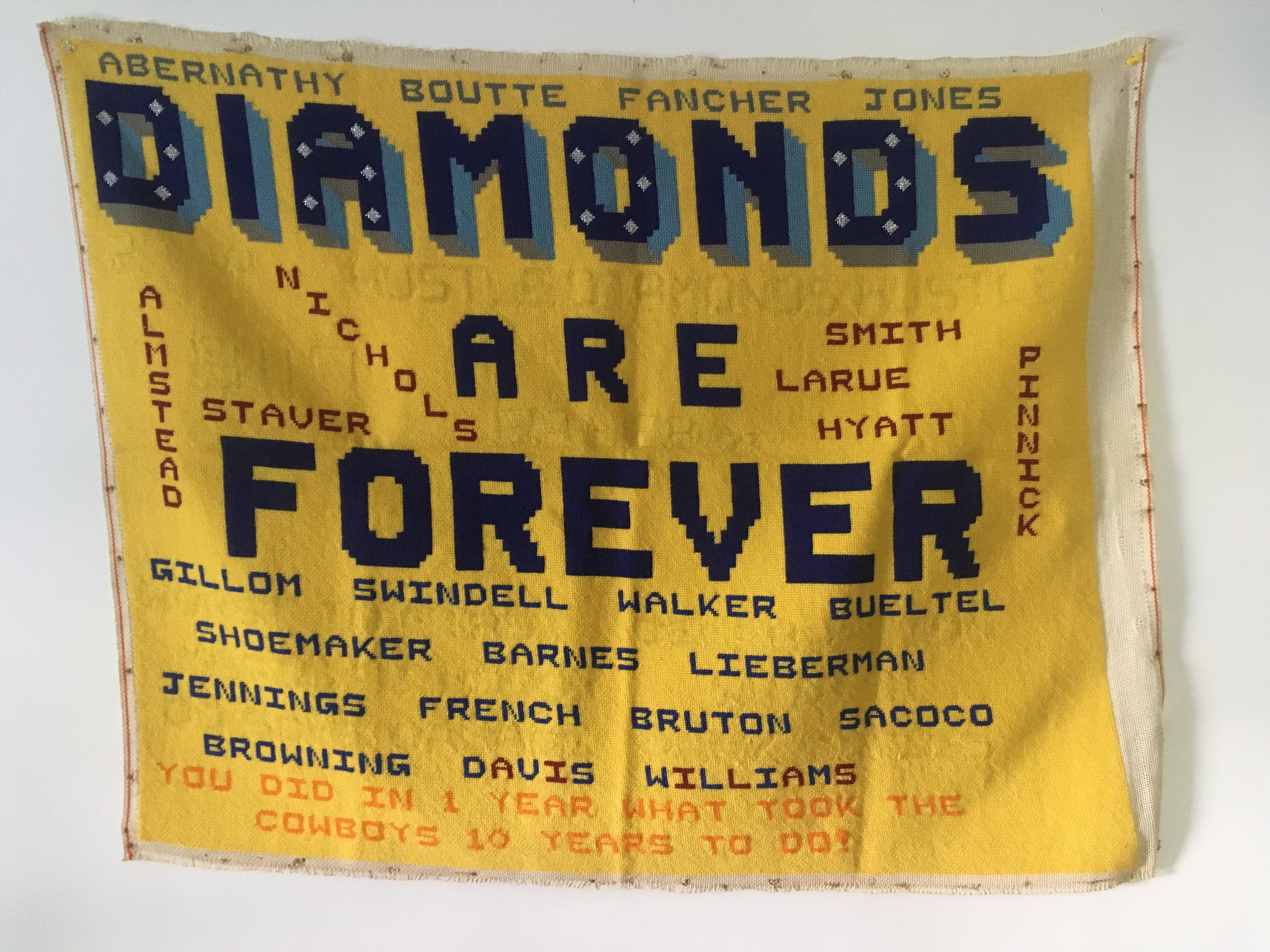