Jo Brans was a wonderful writer. She began contributing to D Magazine in 1976. She wrote book reviews and dining reviews and then went on to have a monthly column called Families. She was funny and smart and generous with personal details. Jo did her work here well before my tenure, and I never met her, but having recently spent a good number of hours hunting down her bylines in our musty old pages, I feel indebted to her. Her voice helped establish the magazine in its earliest years.

Jo and her husband Willem left Dallas for New York City in 1984. She was at the time an SMU English professor. Find the time to read the essay that she wrote about her impending departure, titled “Goodbye to All This.” She talks about why she’ll miss her students and the magazine and the city itself. 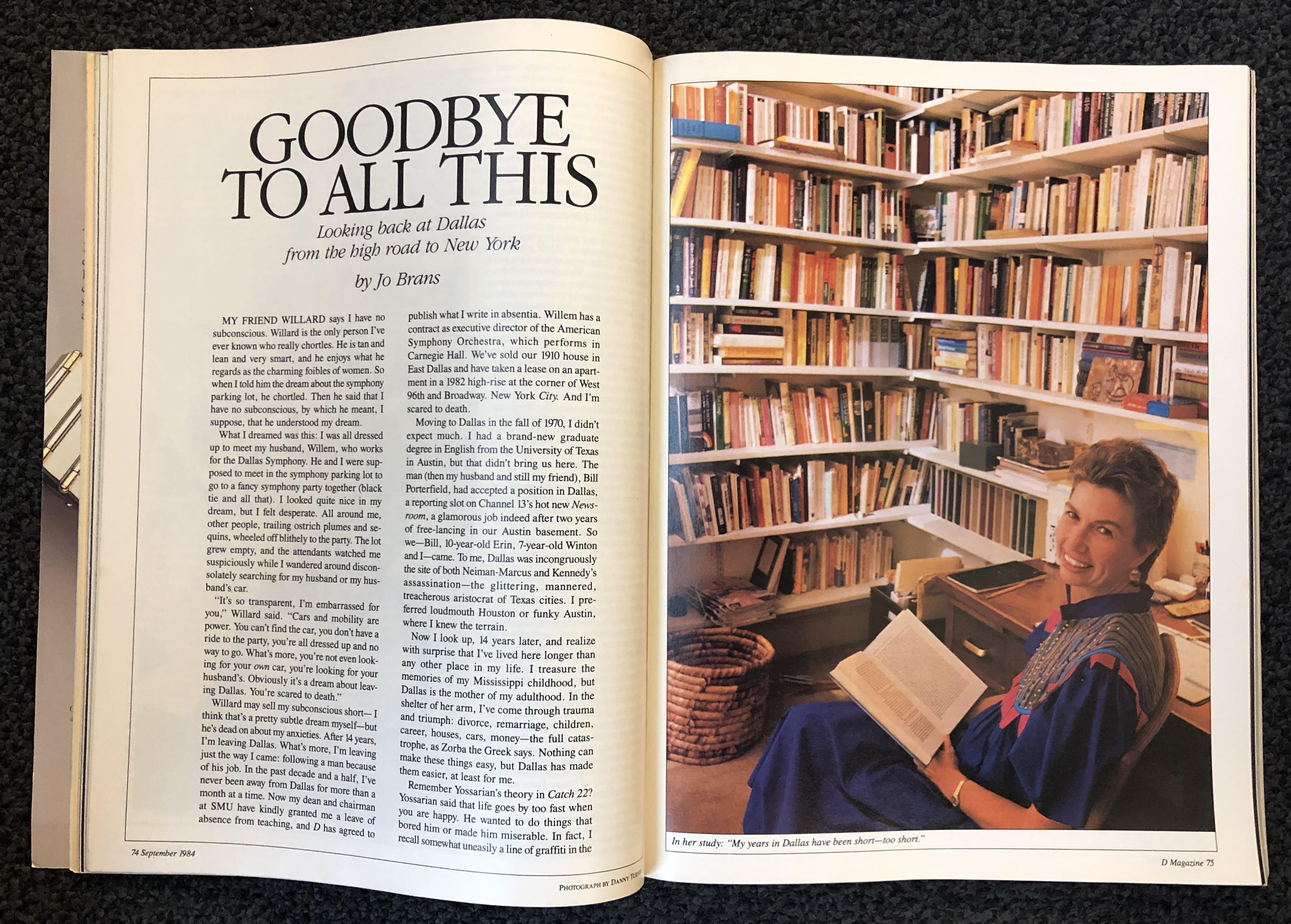 Then read this amazing cover story she wrote for the magazine in 1982 about marriage and divorce. I would love to have been present for the editorial meeting that produced the cover concept, which sold the piece as reader service. That photograph? Were those models even old enough to marry a first time, much less a second? Did that woman bear that child when she was 12? Lee Cullum was the editor at the time. I’ll have to ask her. 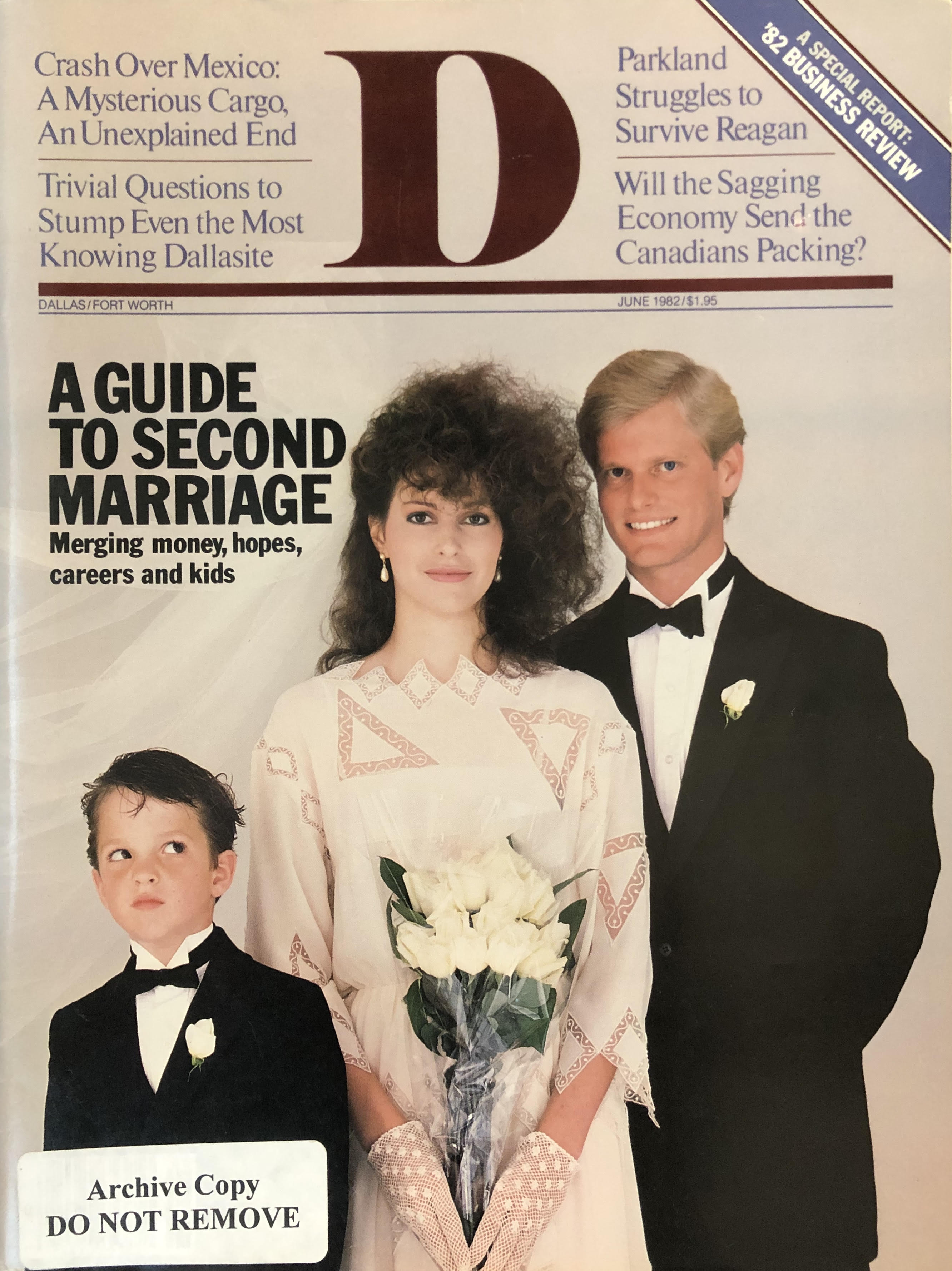 In any case, if Jo’s story was reader service, it was very literary reader service. In laying bare her own divorce and remarriage — how her friends and family handled it, how her children adjusted — she did offer us a “guide” of sorts. When she wrote the essay, she’d been married to Willem for eight years. She talked about looking forward to the eight to come, and the eight after that. I was happy to learn from Jo’s son, Winton Porterfield, that she managed 45 years with Willem.

Jo died September 25 in New York. She is survived by Willem; Winton and his wife Kim, who live in San Marcos; and her daughter, Erin Porterfield, who lives in Dallas. Funeral services will be this Saturday, October 12, in New York. There are more details about the service and her life in this obit.

Dallas’ most important news stories of the week, delivered to your inbox each Sunday.
Jo Brans

On Tuesday, March 1, the 2022 top nurses of Dallas gathered at On The Levee in the Design District to celebrate their Excellence in Nursing honor.
By D Magazine
D Magazine Events

Dallas’ best dentists were all smiles on July 27 when they gathered at Parkway for an exclusive evening to celebrate their accomplishments.
D Magazine Events

On March 2, D Magazine celebrated the top doctors and lawyers who have been named a D Best for 15 years or more in an exclusive event in their honor.
By D Magazine
D Magazine Directories