After about six hours of deliberation, the jury returned a guilty verdict. When Judge Tammy Kemp announced the verdict, a gasp filled the courtroom, and the judge warned that she would not tolerate an outburst. Botham Jean’s family was jubilant, hugging each other.

The Court will take a long lunch break, and then comes the punishment phase, wherein Jean’s family will get a chance to speak. Amber Guyger, too, will have witnesses who will testify to her character. This could last a day or two. Then the jury will decide on a sentence, which will run from five to 99 years. That begins at 1 p.m.

Speaking to a scrum of reporters, attorneys for the Jean family celebrated the verdict and called for Chief U. Reneé Hall to “clean house,” arguing that Guyger’s partner, Ofc. Martin Rivera, had tampered with evidence in deleting his texts with Guyger the night of the shooting.

“It took us losing someone like Botham for Dallas, this entire state, and the whole world to hear what we’ve been saying all along: there are serious issues within the Dallas Police Department, serious training issues,” said Daryl Washington, one of the Jean family’s attorneys.

Editor’s note: this story originally said that the judge would sentence Guyger and has been corrected. 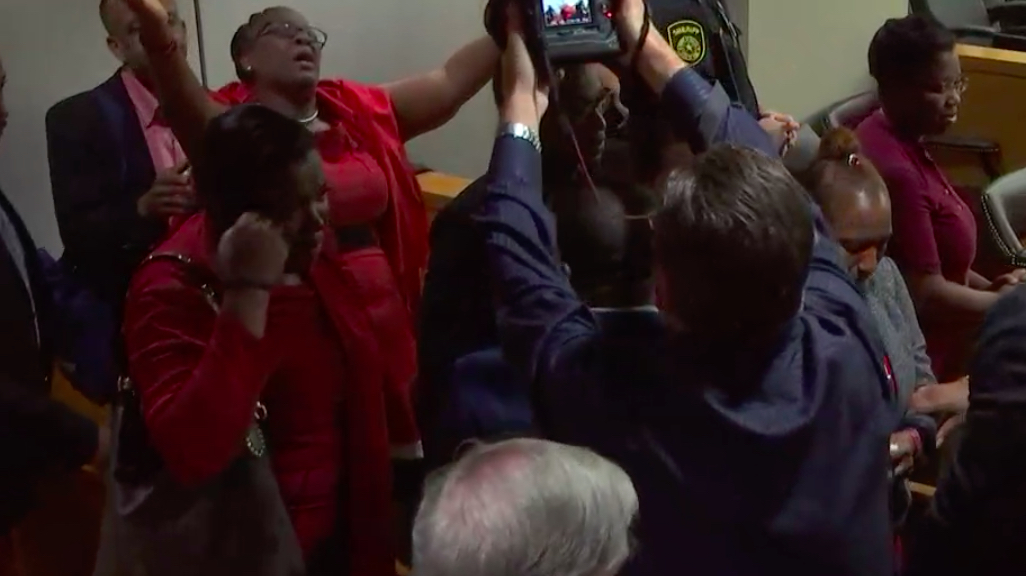 The Jean family rejoices after getting the verdict.

Can’t Afford A Pair of Alexander McQueen Heels? You Can Right Now at Forty Five Ten