Enjoy unlimited access to all of our incredible journalism, in print and digital.
Subscribe Now
Advertisement
Friday Fun

You’re Going to Want to Read This Story About Joe Schreibvogel, “The Tiger King” 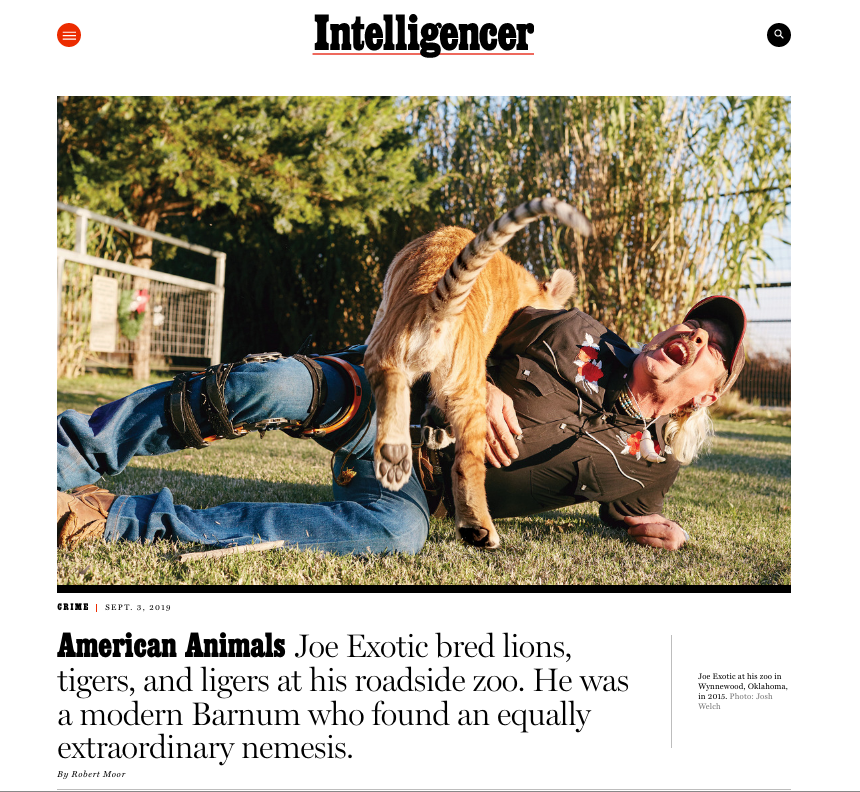 New York Magazine (which was just purchased by Vox Media this week) published a great story a couple of weeks ago by Robert Moor titled “American Animals.” I almost skipped over it. I’m glad I didn’t.

The main character is Joe Shreibvogel, aka Joe Maldonado, aka Joe Passage, aka Cody Ryan, aka Joe Exotic, aka “the Tiger King.” Joe grew up in Kansas, then “talked his way into becoming the police chief” of Eastville, a tiny town of 503 that was later consolidated with The Colony in the late 1980s. At one point he worked at the Round-up Saloon in Dallas as a security guard. He met his first husband there and moved into a trailer park with him in Arlington. Shortly thereafter he started a career in big cats and roadside zoos.

Things go predictably pear-shaped and end with an attempted murder for hire that’s recorded by the FBI. It’s kind of like Duck Dynasty meets Fargo but with a caged tiger instead of a wood-chipper.

No, There Are Not 10 Joe Bidens

The newest, nuttiest conspiracy theory has its origins in Dallas. Of course.
By Tim Rogers
Local News

Dallas real estate developer Ruel Hamilton was convicted of bribery in 2021 and sentenced to eight years in prison, but the Fifth Circuit Court of Appeals agreed to delay his sentence until it rules on his case.
By Bethany Erickson
Law