My sister came into town from Denver for a long weekend visit, sans husband and kids. I decided we should eat our way around town. Here’s what we did. 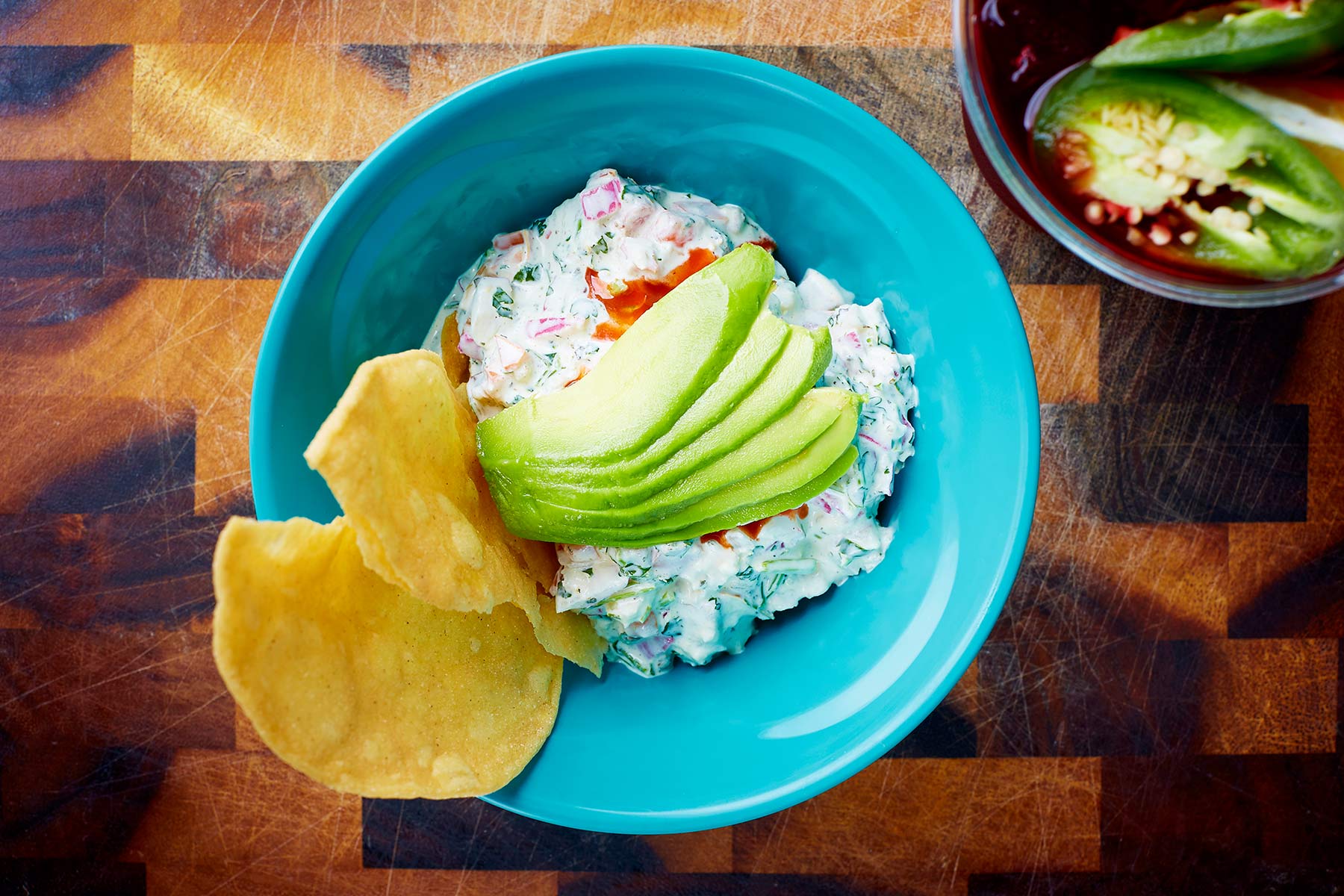 1. Lunch at Taquero. The patio is now enclosed, so the outdoor space feels even more like a tropical Mexican getaway. But be forewarned: I drove by twice before realizing it was hidden from view. We ordered two horchatas (refreshing!), shared the ceviche (tangy!), and got some toro and carnitas tacos (delicious!). We were offered a sample of a new carne con papas stew that may make it on the menu, and my sister couldn’t resist the offer of a slice of tres leches cake drizzled with neon blue.

2. Afternoon at the Latino Arts Project. This place recently opened in the Design District, and it is a treat. Admission is $12, and the helpful staff make you feel like you’re getting a personal tour to boot. The current exhibition, “Mexican Modern Sculpture: A Study of the Artists,” features pieces by Mexican sculptors, many of whom worked with Frida Kahlo and Diego Rivera but whose names never made it into Wikipedia. The diversity of female figures—which variously represent national pride, indigenous peoples, and motherhood—is striking. And the gift shop has some gorgeous artisan pottery.

3. Gallery shopping at Laura Rathe Fine Arts. In our denim shorts and flip-flops, it was apparent that we weren’t there to buy. But no one batted an eye when we walked into the high-end gallery to nose around. Featured works included Lucrecia Waggoner’s porcelain installations and Zhuang Hong Yi’s mesmerizing 3D works, which turn lily-shaped rolls of painted rice paper into ever-changing color palettes, depending on where you stand.

4. Yard inspiration at Big Mango Trading Co. I had my eye on a water feature for my newly landscaped lawn, but I found my sister in the corner taking photos of some yard art: framed works made up of strips of painted and weathered wood. “This will make a great summer project for the kids!” she eagerly exclaimed, snapping a photo. 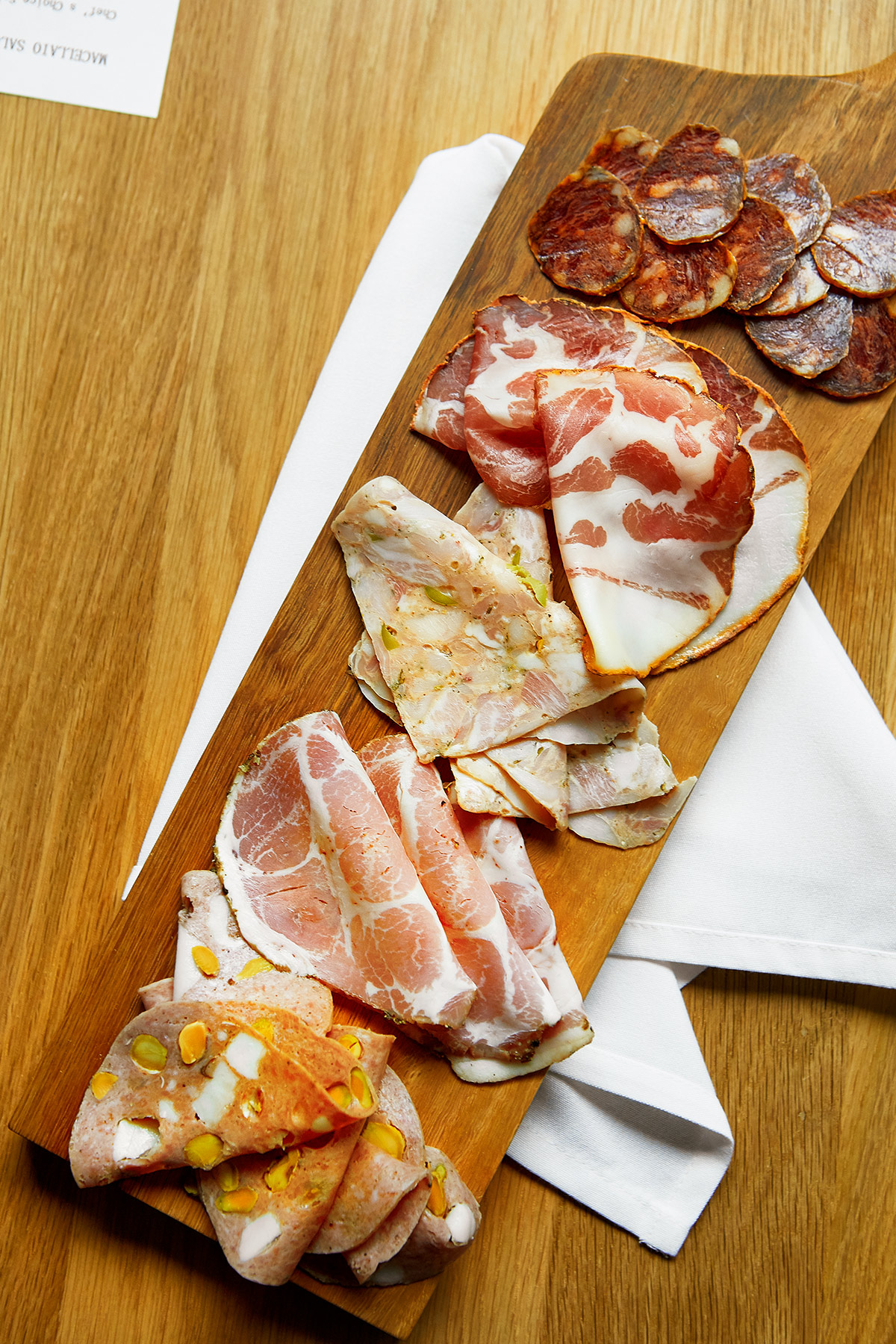 5. Dinner at Macellaio (or elsewhere in Bishop Arts). I’ve been a fan of Lucia for years but hadn’t yet made it to David Uygur’s new restaurant in Bishop Arts. The first time I tried to make reservations on Resy, the place was booked. But on a whim, I checked the night before my sister arrived. Eureka! There must have been a cancellation, and we were in. But when we showed up and requested our table, the host glanced at his tablet before looking at me blankly.

“You don’t have a reservation,” he said, letting the silence hang in the air.

“You must have made it for a different night,” he said, as if the whole thing was an obvious ruse on my part to score a table. “But you just sent me a text this morning to confirm,” I said, suddenly confused myself.

He looked down at his tablet again, scrolled aimlessly for a minute, then looked up at me. “Oh, I see it now,” he said, unconvincingly.

We were ushered to the covered patio, where our charcuterie board arrived quickly but our rhubarb spritzes and subsequent bottle of wine took a frustratingly long time in the heat. Our shared plate selections were delicious but felt out of proportion: a decadent slab of meltingly rich pork belly overwhelmed a small salad of golden beets. I might have asked for more direction with our order if it wasn’t so apparent that we were an inconvenience. The upside of being left to our own devices was that we had plenty of time for sisterly talk.

Friends wandered by on their way home after dinner at Coco’s Fire & Ice. They said they had already become besties with the owner and their toddler had joined the band. I made a mental note to go there next time. 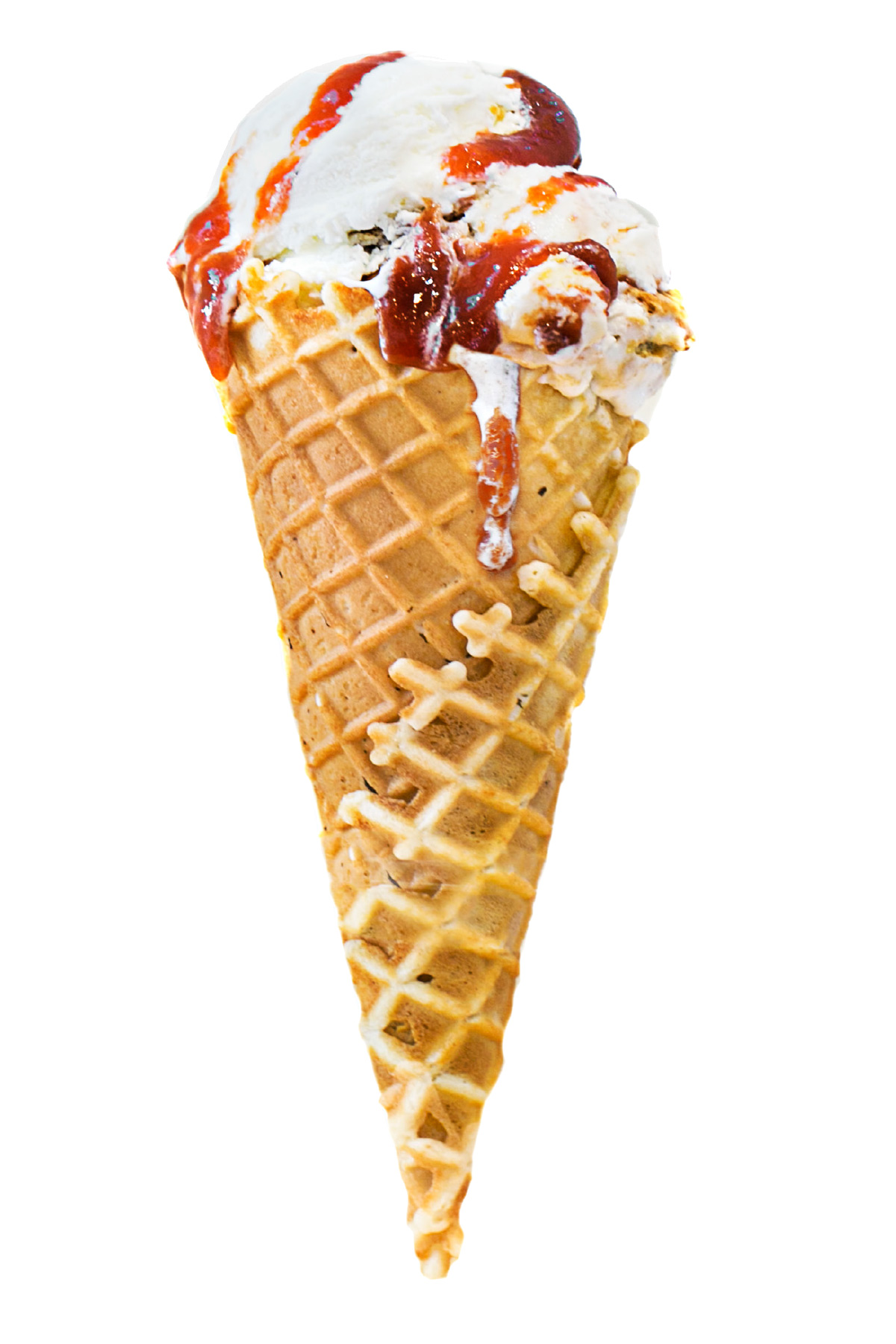 Abuela Maria cone at Azucar. This may be what my sister ordered. Photo by Natalie Goff.
Natalie Goff

6. Ice cream at Azucar. Ever since I read about the Cuban ice cream shop on our blog, I’d been wanting to go. Since it is next door to Macellaio, it was an easy trip. A step-ladder was blocking the entrance, though, as workers attempted to affix a giant, rainbow-colored cone above the door. One of them escorted us around to the back entrance. I opted for the dulce de leche, and I can’t remember what my sister got. I just know that I didn’t share.

7. Coffee and croissants at Village Baking Co. I often forget about the location near my house in the Design District. After enjoying a couple of cappuccinos and almond croissants at one of the little Parisian cafe tables overlooking the baking floor, we were ready to start our day.

8. Afternoon wandering McKinney’s historic downtown. We began at the Farmers Market with a couple of glasses of icy SoCo ginger beer from Denton. But by the time we arrived, vendors were already pulling up stakes. So we moved along to shop the square. I picked out some yarn to knit my niece a hat with a princess braid (that’s a thing) at McKinney Knittery, and then we shopped for Texas olive oil and fancy butter crocks at Ettienne Market and Kitchenwares on the Square. We coveted Robin Cook’s French linens at Soho McKinney, and at Local Yocal Farm to Market I picked up a jar of my favorite Chef Milton smoked sea salt with red hatch chile peppers (this stuff is killer on Berkshire pork chops and one of the harder blends to find). Patina Green provided a cool break for a lunch of summery yellow squash sandwiches, and on the shelves of their shop I just happened to find bags of the dried heirloom ayocote beans I had been searching for to make the black bean tacos in Alex Stupak’s Tacos cookbook. We circled the block a few more times looking for a sundress for my sister, but eventually gave in to the heat and headed home.

9. Tasting menu at the Purepecha Room. Have you ever been attacking an octopus taco at Revolver Taco Lounge on a Saturday evening and wondered why there was a weird line of overly dressed people running from the cardboard cutout of Princess Leia out the door? It is because here, in the secret back room, magic happens. Owner Regina Rojas has re-created his mother’s Michoacan kitchen from his childhood, and here he serves eight-course extravaganzas. On any given night you might have a sope topped with what looks like an English country garden in miniature, albondigas soup with rabbit meatballs, ant larvae caviar, or carnitas with roast pork and quail accompanied by an exquisite rainbow of salsas and accompaniments. Every time I swear I will pace myself and not fill up too early with those damned, delectable tortillas. Every time I fail. 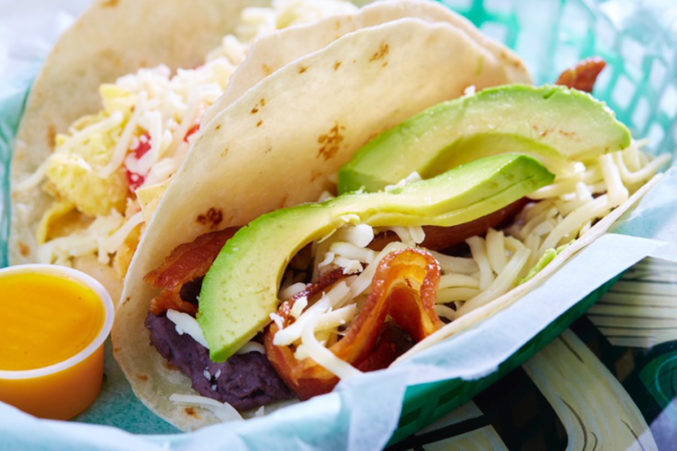 The Otto at Tacodeli. Photo by Kevin Marple.

10. Chill and grill (or braise). It was time for a lazy, kid-free day at the house. We started with breakfast tacos at Tacodeli at Sylvan Thirty (why is their coffee so good?), and then stopped in to Cooper’s Meat Market to get a nice pork shoulder and a bottle of Evolution (wine and beverage director Selena Dodge hails from Oregon, and has some great selects). Next, we headed to El Rio Grande for fresh flour tortillas, house-made tortilla chips, and buckets of avocados, limes, radishes, and dried chiles and beans. Then it was home again to braise the pork and watch most of Chef’s Table Volume 6.

11. Brunch at Bonton Farms. My sister had a little time before her flight, so we decided to head down to Bonton Farms in South Dallas. The sun was shining but things hadn’t fully heated up yet, so we took a few minutes to wander the rows of peppers and tomatoes and visit with the goats and heritage chickens. Then we went inside the cafe to order breakfast. There’s a reason we named it the best breakfast in Dallas. The eggs in our sweet potato hash were laid by the chickens we just visited. The red peppers for the hash gravy were grown in the rows we just wandered. And the sausage was house-made from Mangalitsa pigs raised at the farm’s extension. I picked up some eggs and vegetables for myself and a tub of Bonton Farms honey butter for my sister to take home to my niece and nephew. As we were checking out, Danny, the farm manager, let me know that they were introducing a honey butter ice cream. I found myself tearing up a little. I couldn’t tell if it was because my sister was leaving, or because my culinary adventure had come to a close one toasted pecan and honey butter cone too soon.

(The Dallas Morning News made this video. It is good. And Clifton Reese is in it. So you should watch it.)