We are all familiar with the ubiquitous internet fodder known as the news list. Every week our inboxes and social media accounts are bombarded with business marketing that masquerades as trend reports, and companies are getting better at slipping in promotions under the guise of breaking news. One particularly effective attention grabber is the city ranking. You know the formula: Moneytips’ “Best Cities for Early Retirement,” WalletHub’s “Best Places to Raise a Family,” Magnify Money’s “Best Cities for Working Women.”

A new “report” that was released last week announced some watershed news for Dallas. SmartAsset, a personal finance website, crunched Census data and found that Dallas was the city “Where Millennials Are Moving”. Eat your heart out Seattle, Portland, New York, and Denver. When it comes to that oh-so-alluring demographic of upwardly mobile young professionals, Dallas is the place they most want to be.

The SmartAsset report sent the Dallas Regional Chamber and the Dallas Morning News into giddy fits of boosterism. Any cub reporter at a daily paper in a major city should have raised a cynical eyebrow as soon as they saw that the rigorous research institute behind the new findings also authored previous reports like  “Best Cities for Living the American Dream,” which proclaimed that Aurora, Illinois is the best American city for “living a full and fulfilling life, surrounded by a community of people doing the same.” But that’s not what happened. Instead, the inertia of optimism took over.

The Dallas Morning News dubbed Dallas a “millennial magnet” and reminded us that “millennials are the largest generation in the country’s workforce, and their preferences are increasingly influencing where companies locate and how workspaces are designed.” The Dallas Regional Chamber issued a press release in which DRC President and CEO Dale Petroskey proclaimed SmartAsset’s findings as “yet another sign that the Dallas Region offers the perfect mix of affordability, job opportunities, and premier quality-of-life amenities. More and more young adults are understanding that Dallas is a place where you can have a great life, and a great future.”

Wow—that’s quite a conclusion to draw from a report that, when you look at the data and methodology, ultimately boils down to a tabulation of year-over-year Census population estimates of the net gain of city residents aged 20-34. It is a clickable marketing meme masquerading as research. In fact, the age range SmartAsset analyzed doesn’t even follow the established definition of the “millennial” generation, which the Pew Research Center pegs as ranging from age 23-39. The flimsiness of the study isn’t a slam on SmartAsset. The company shrewdly found some easy-to-crunch data and paired it with a search engine-optimized term. It worked. Now we’re talking about them.

What I found particularly shameful was the way the DMN, the DRC, and other news outlets ran hard with the findings. Their trumpeting of Dallas’ supposed millennial appeal amplified the blur between real data and opportunistic marketing. It projects a false impression about just how successful Dallas is at attracting the next generation of workers. 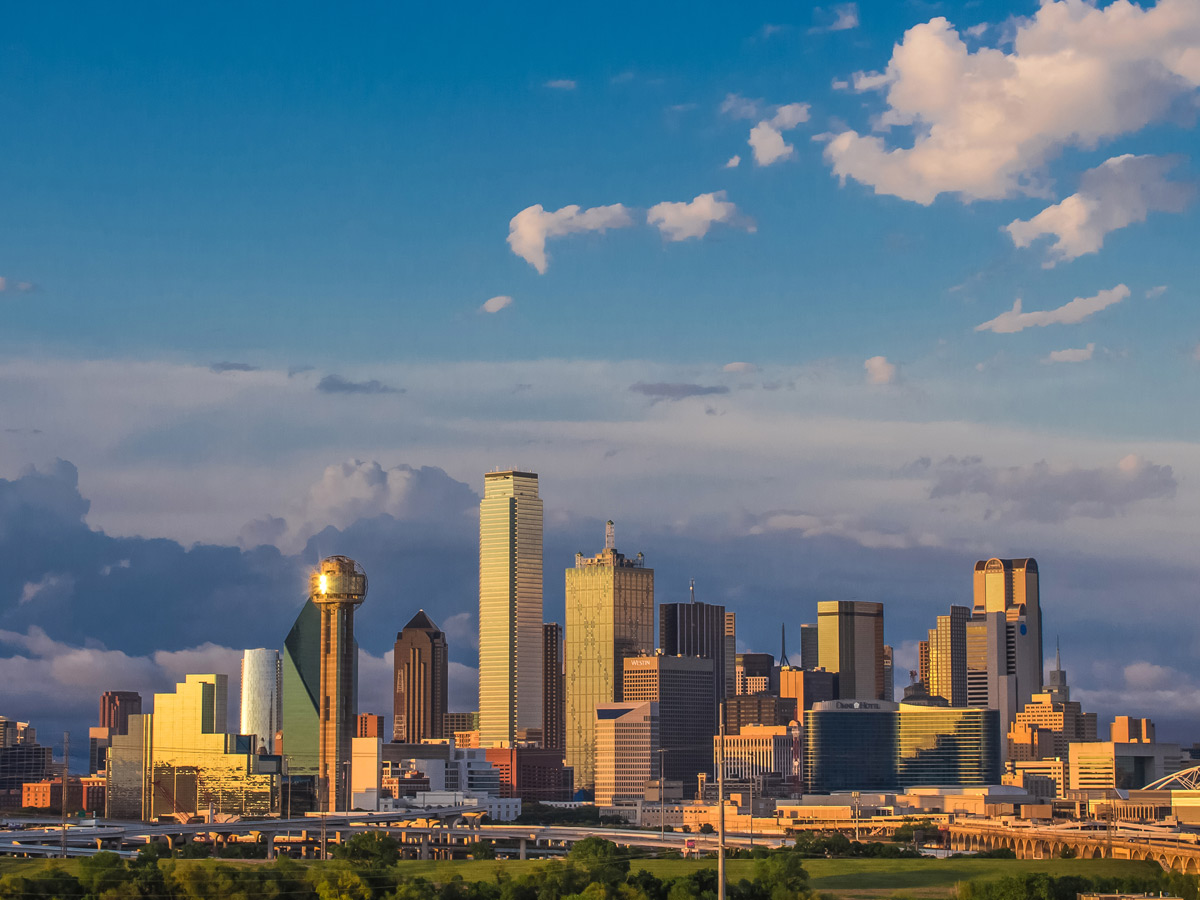 Red Flags, Vagueness, and a Deeper Look at the Numbers

The first red flag is that this report is by no means the first of its kind. There is no shortage of studies claiming to know which cities millennials favor, all produced by organizations that stand to benefit from clickbait traffic. Their findings rarely even remotely match up. But to understand what is misleading about this latest report, you must dig into the data. All SmartAsset’s analysis really shows is the net gain (or loss) of residents in a given city between 2016 and 2017. The cities with the biggest net gain were dubbed the places where “millennials are moving.”

By those simplified metrics, it is true that, according to the Census Bureau’s 2017 American Community Survey, the city of Dallas gained more residents between ages 20 and 34 than any other city in the United States—10,371 of them, to be exact. But what does this number really tell us? The raw migration data doesn’t capture all sorts of other important information, such as what kinds of jobs they moved for, what levels of education these young people have, what their median salaries are, or any other information related to why they moved.

We have no idea based on this analysis if what is attracting young people is “Dallas’ mix of affordability, job opportunities, and premier quality-of-life amenities,” as the chamber put it. Sure, that may be the case, but SmartAsset’s numbers have no way of telling us whether it is true. The Census tables alone don’t contain enough information to illuminate firm motives or drivers of generational relocation.

A deeper dig into the same Census numbers raises more questions. I pulled migration data from the Census’s ACS report for the years 2013-2017 to try to gain a better understanding of who is moving to Dallas and from where. When we broaden the scope of the analysis, the migration picture becomes more complicated. It turns out that 2017 represented a surge in the number of 20- and 30-somethings moving to Dallas. In 2016, the city added just 977 people between ages 20 and 34—a number that would have ranked Dallas on the 2017 list between Grand Rapids, Michigan and Sacramento, California. In 2015, there was a net gain of 1,625 young people, which is still less than the number of young people who moved in 2017 to that urban tech hotspot of Wichita Falls. There was another surge in 2014 when Dallas gained 7,118 “millennials.”

Rather than reflecting a city’s overall attractiveness to young people, in Dallas’ case, these numbers may be related to one-off events, such as major corporate relocations. If anything, the year-to-year disparity between the numbers cast doubt on the reliability of this kind of overly simplified analysis of population, demographic, and migratory trends. The reality is, simply looking at year-over-year net gains in residents doesn’t tell us a whole lot. It can tell us that young people are the only demographic that grew in 2017, but it doesn’t tell us anything about why they are coming here and what Dallas needs to do to retain them or sustain whatever caused the bump in 2017.

While it is true that the city of Dallas grew its population of 20- to 39-year-olds in 2017, I find it just as intriguing that this is the only generational demographic that grew in the same year. Among all other age ranges (from 4-year-olds to 73-year-olds) Dallas lost population. Where are they going? When I analyzed the migration information on a county-wide basis, I found that in 2017 the largest net loss of residents (8,105 people) was from Dallas to Denton County. There was also a net loss of at least 1,000 Dallas residents to Tarrant, Kaufman, Collin, Travis, and Harris counties. More than 7,700 people moved to other counties in Texas. The two states attracting the most Dallasites are Colorado (958 net relocations) and Minnesota (275 net relocations). In total, Dallas experienced a net population decline of 17,660 between 2016 and 2017 according to the ACS estimates.

In 2015, there was a net gain of 1,625 young people, which is still less than the number of young people who moved in 2017 to that urban tech hotspot of Wichita Falls.

What might this tell us? To me it suggests two things. One is that in 2017 Dallas continued the trend of losing residents not only to its suburban neighbors, but also to other parts of Texas. In fact, while Dallas may have gained some 10,000 young people, it lost more than 12,000 total residents to adjacent counties. Dallas also lost nearly 10,000 residents to other parts of Texas, with Houston and Austin leading the way (curiously we gained some 113 people from San Antonio’s Bexar County).

If I were the head of the Dallas Regional Chamber, I might not be concerned that the loss of children, Gen X-ers, baby boomers, and seniors from the city of Dallas to neighboring counties offsets the gains made of residents in their 20s and 30s. But if I was the mayor of Dallas, I would be very concerned. These numbers don’t suggest a city that is attractive and vibrant, but rather a city whose services, amenities, and culture are narrowly attractive to only a subset of the population. Twenty- and 30-somethings may like Dallas; families with children and seniors would rather not live here.

Who Is Moving Here?

People are moving here. The greatest net gain of residents by state in 2017 came from California, Illinois, New York, and New Jersey. Dallas also gained more than 1,000 residents from Puerto Rico, which may be related to hurricane displacement. Another large group of people moving to Dallas who weren’t included in the millennial analysis were people from Asia, Central America, and Africa. In fact, Dallas gained more residents from Asia than anywhere else in 2017—some 8,216 people. Slightly more than 7,000 Central Americans moved here, and 2,283 people from Africa. Without this international migration, Dallas would have lost nearly 15,000 residents in 2017, rather than gain a little over 3,000.

These numbers raise important questions. If a net gain of 10,000 millennials means that Dallas is a hip-and-with-it urban magnet, then what does it mean that 17,000 people from Asia, Central America, and Africa moved here? More importantly, what kinds of services, amenities, and resources will the city need to anticipate given that foreign migration to Dallas far outstrips domestically migrating young people? The SmartAsset report is a reminder that raw migration data doesn’t tell us much about what makes a city attractive. However, given the disparity between who in Dallas is moving out of the city and who is moving in, the numbers do suggest that it would be useful to study their motivations in order to respond to population shifts with smart urban policy.

Which is why I find the reaction to the SmartAsset report by the DMN, the chamber, and the rest so irresponsible and, ultimately, dishonest. The desire is to score a win—to proclaim that Dallas, despite other reports to the contrary, is doing what it needs to do in order to remain competitive. But that is not what these numbers tell us.

If anything, the numbers suggest that real studies should be conducted to better understand local migration trends to craft the kind of policy that will help newcomers succeed, keep residents from leaving, and assure that the city is providing the amenities and services necessary for them to thrive. After all, Census numbers also show that 16.7 percent of people between the ages of 20 and 34 living in Dallas are living below the poverty line.

As has been argued in this space before, data is important in crafting good policy, but bad data can be equally damaging in promoting complacency or false confidence. Before they trumpet Dallas’ greatness, Dallas boosters need to check potentially damaging self-delusion.