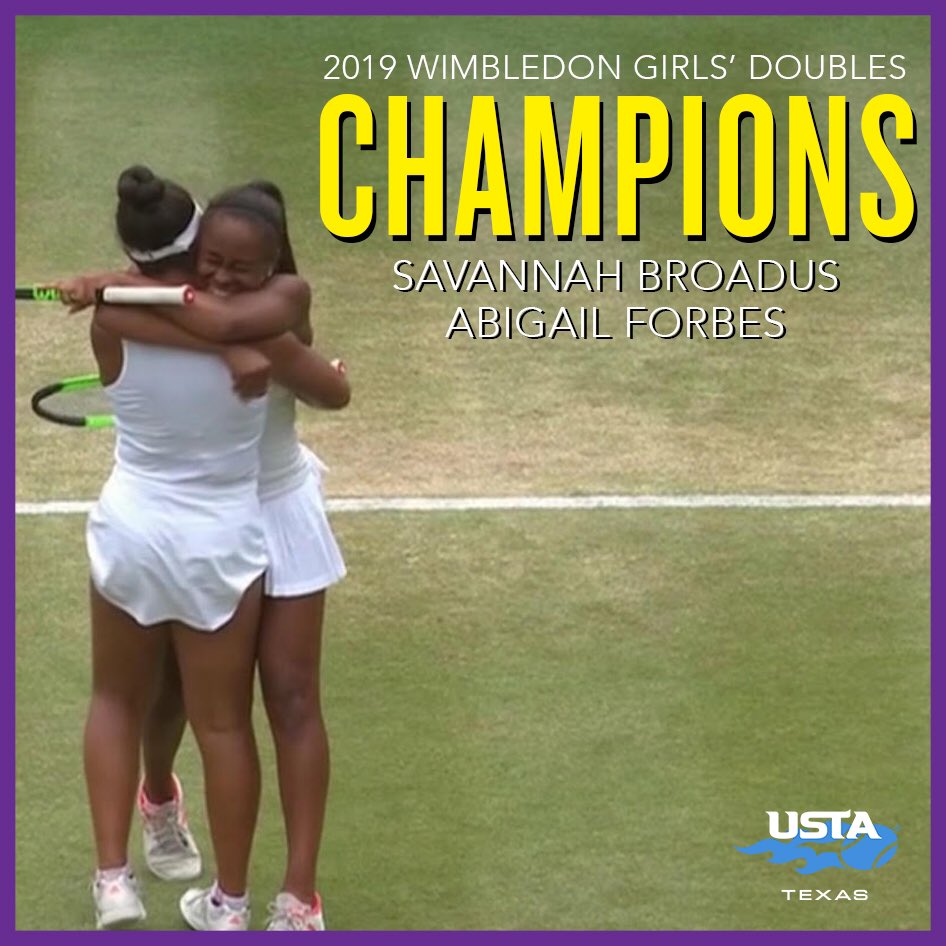 Along with her partner, 18-year-old UCLA rising freshman Abigail Forbes, Broadus captured the girls’ junior doubles title with a 3-set win and got an invitation to the ball. In an interview with ZooTennis, Broadus said:

“We’re looking forward to getting all dressed up. A lot of people have proms they get all dressed up for, but I’m home schooled, so I’ve never gotten dressed up like this before; that’s just exciting.”

Who did Broadus most want to see?

USA's Savannah Broadus and Abigail Forbes are the #Wimbledon girls' doubles champions after a tough battle against Bartone/ Selekhmeteva pic.twitter.com/cD0qGAk0si