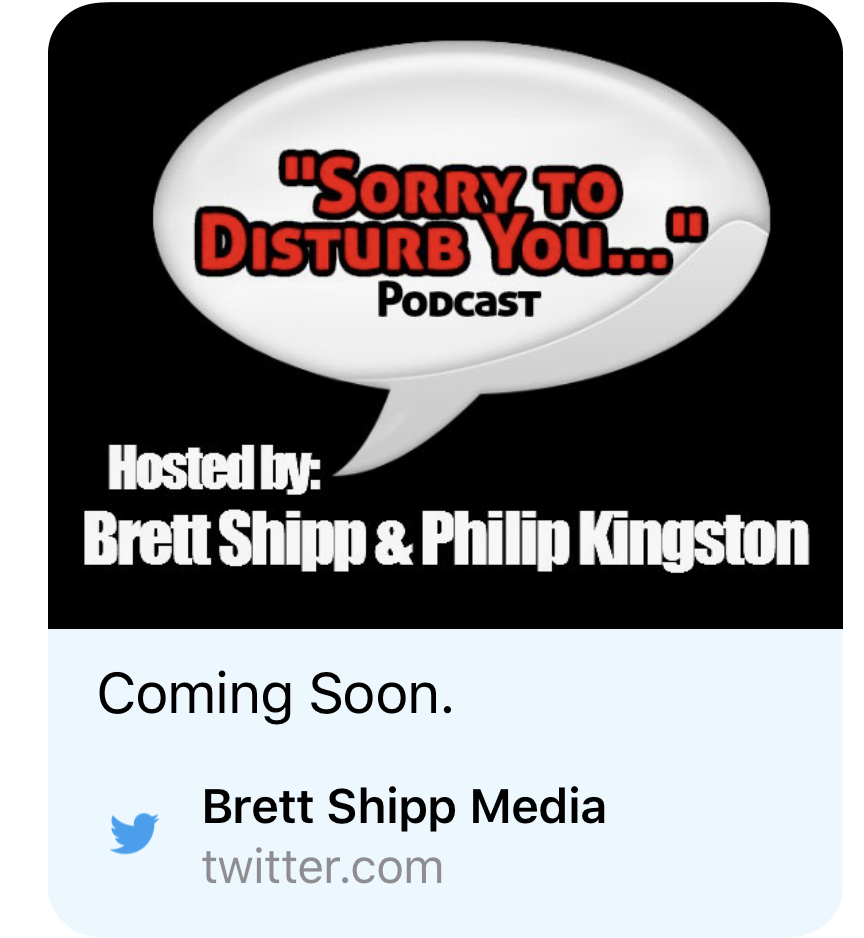 Someone last night sent me a link to a tweet from former WFAA newsman Brett Shipp’s account. I couldn’t look at that tweet because Shipp has blocked me on Twitter. Don’t know why. Sure, I made fun of his campaign slogan in 2017 when he ran for Congress. But after he got only 16 percent of the votes in the primary, he took my call when I wrote a story about his future plans. Maybe he didn’t like the illustration that accompanied that story. I swear that was Zac’s idea.

Anyway. I know people who aren’t blocked by Shipp. With their help, I have gathered that the title of the podcast is “Sorry to Disturb You …” The quotes are actually part of the title, which is going to be difficult for punctuation snobs to handle. Someone responded to the tweet about the podcast by saying, “Hoooooly shit. YAS.” Shipp retweeted that remark and commented, “We can’t keep quiet any longer. It’s time to hit back.”

Here are some questions I have about all this:

Is this thing going to be recorded in TC Fleming’s living room?

Has Scott Griggs already declined to be the show’s first guest?

Who, exactly, was being quiet before this podcast started?

Who will be on the receiving end of these blows that will result from the promised hitting back?

Is it going to be the owner of HG Sply, which Kingston says serves the worst hamburger in town?

Does Shipp have a potty mouth like Kingston does?

If I buy a Casper mattress, can I return it within 100 days if I don’t like it?

Dallas’ most important news stories of the week, delivered to your inbox each Sunday.
Brett Shipp Philip Kingston

The firm's global president, John Forrester, will become chief executive at the start of the new year.
By Bianca R. Montes
Bicycles

Look at This Pretty Map of The LOOP

The 50-mile circuit around Dallas is getting closer to completion.
By Tim Rogers
D Magazine Directories