Today is the last day of early voting. You know what that means. If you plan to early vote, then you need to do it today. Because after today, the polls will close for early voting, and there won’t be any more days to do it. Vote early, I mean. So, with all the early birds having cast their worms, here’s where we stand: 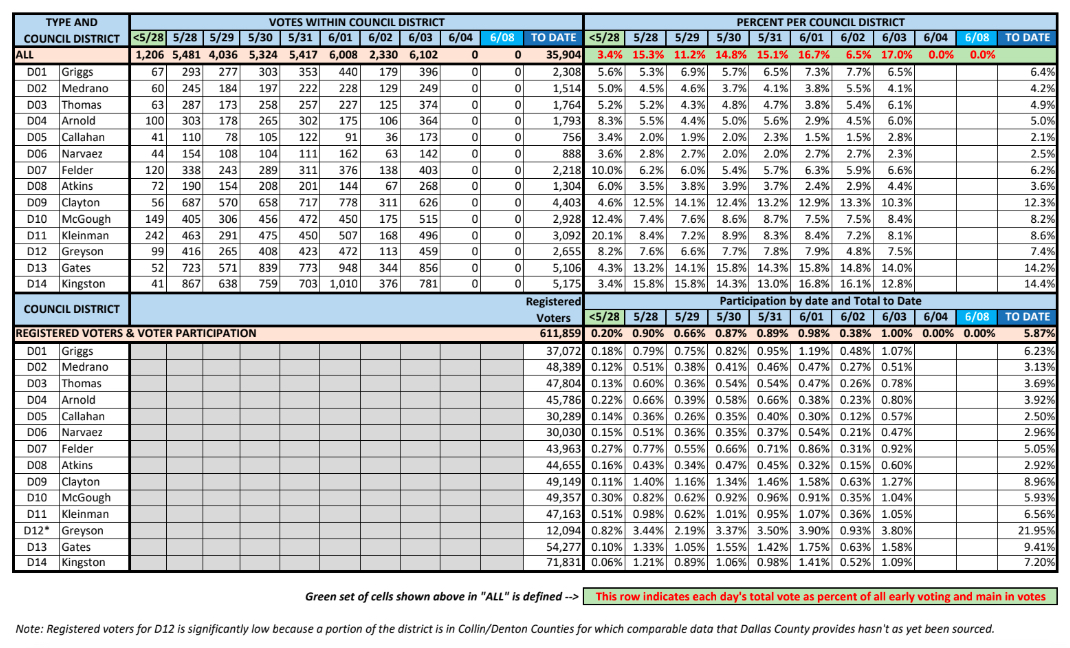 And here’s the Krav Maga Komparison Chart,™ which shows how those numbers compare to the same early-voting period the first time around. As you can see, folks have been turning out in bigger numbers. At least in this case, fewer candidates means more votes. 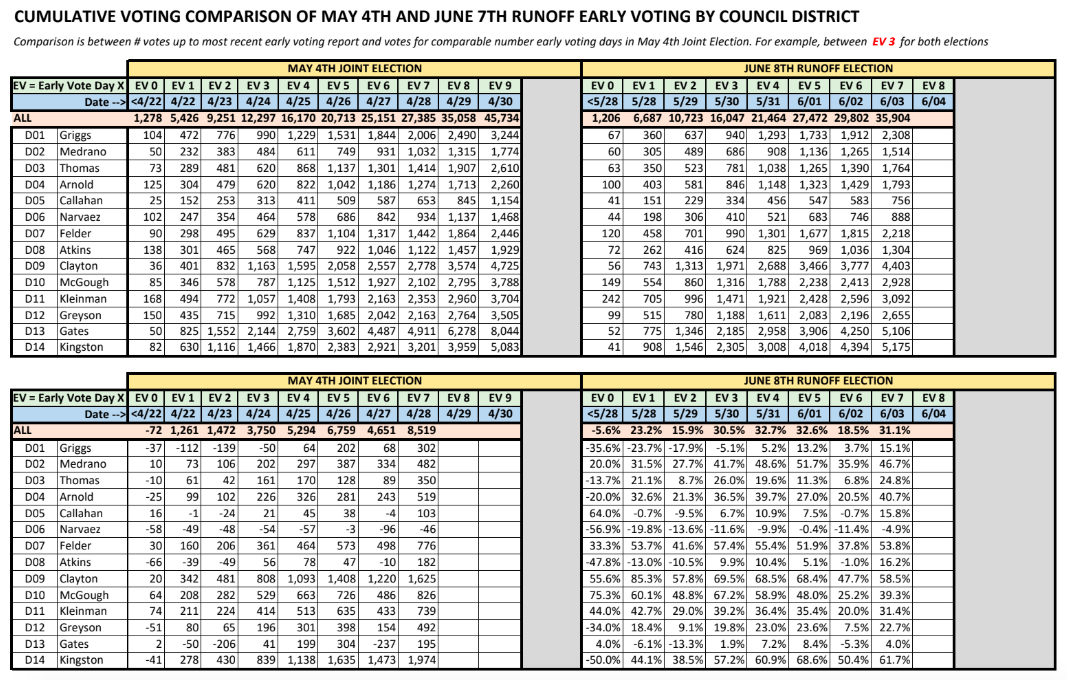 Your Chance to ‘Gram Your Early Voting Experience Ends Today