I was alerted to this Facebook post just a few minutes ago, wherein the author, Daniel Heredia, details what happened to his trans friend Blair Jirousek at the popular Cedar Springs bar JR’s.

Right away the bartender (also the manager) CARTER asked for all three of our ID’s, which is the law so i do not fault him for that. However, when we all pulled out our ID’s he didn’t even bother to look at Jose’s or mine but instead grabbed Blair’s and studied it doing the most, HANDING IT BACK, and saying he wouldn’t serve us. He wouldn’t serve any of us. When we asked for an explanation he wouldn’t give us one. He wouldn’t even bother talking to us or explaining. Nothing. Blair is 23. Her ID is real but has her boy name on it since she has not been able to legally change it yet. All of her cards have the same name on it. Everything in her wallet points to her being a real person. We tried explaining that and CARTER had no interest in even trying to listen.

Heredia goes on to explain that another friend came in and it got worse.

About 15/20 minutes after watching the show one of my friends walks in, says hello, and goes to the bar. He goes to a different bartender (not even knowing the incident that just occurred) and orders a drink. Mid-pour CARTER walks over to him and says “I’m not going to serve you because you’re friends with her.” Again MY friend had no idea what had happened much less even knew Blair. Then CARTER proceeds to call security over to escort us out when we had just been MINDING OUR OWN BUSINESS. The security guard M. LOZANO came over and also would not give us a single reason as to why we were getting kicked out.

There is video of the security guard being rough with Blair, if you click the post I linked to. And by the time I got caught up with this, JR’s had issued a release saying both employees were fired (click through). 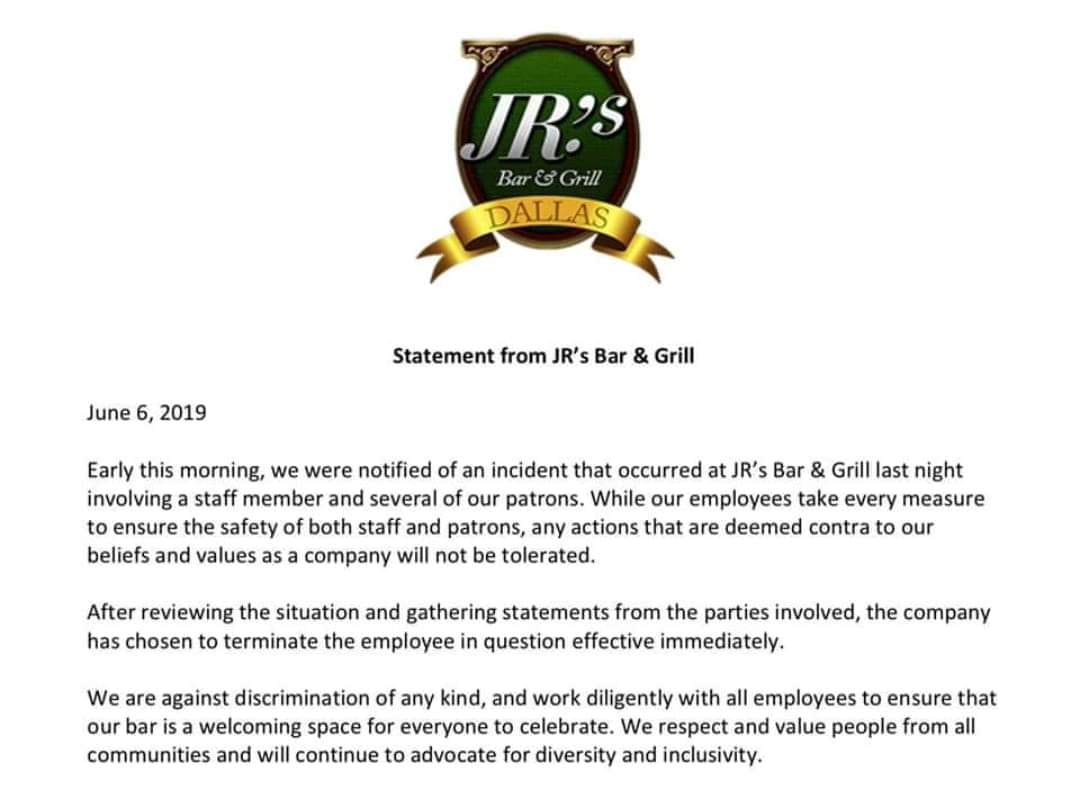 Eye on the Sparrow Designs: “Green” Jewelry with a Positive Message and Good Cause