In many other cities, the photo above this post would be a shoulder shrug. But that corner of San Jacinto and Harwood hasn’t had a sidewalk in at least a year. It’s the edge of the new garage adjacent to the Trammell Crow Center, and construction has eaten up that side of San Jacinto in a way that has managed to inconvenience both drivers and walkers. Here is a narrative about what it was like to walk this part of downtown. And here is what it looked like before. 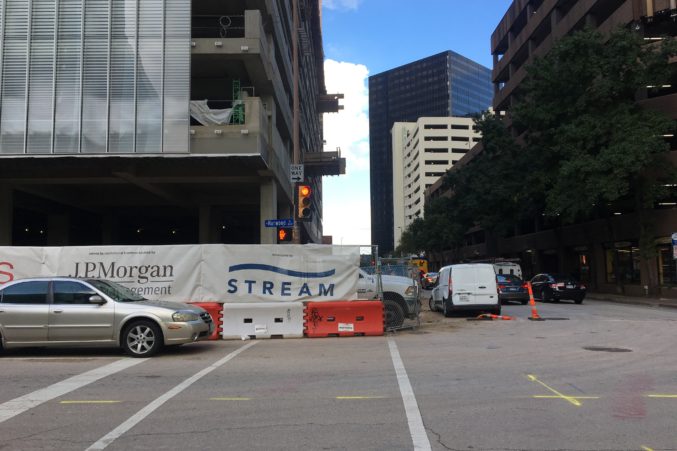 It’s certainly an upgrade. The scaffolding has been up a couple weeks now, although when it was first unveiled it was blocked by caution tape. That happened before the city passed new rules requiring developers and contractors to put up scaffolding and maintain the right of way. So i’m not sure if this was planned or a result of that. One thing is certain: we’re moving in the right direction.