You might remember Alex Macon’s bike feature from last June, which skillfully examined our city’s hostility toward cycling while the tension over bike share riled City Hall and social media. It also illuminated the work of some committed cycling advocates. One of those advocates was Stan Hart, who started Bike Friendly South Dallas.

At the time, the organization’s primary means for reaching into the community was through pop-ups at parks and other public places, where folks could bring in bikes with bum wheels or other issues and get them fixed up free of charge. Bike Friendly South Dallas uses an “earn-a-bike” model, where volunteers who work on or remake donated bikes can walk away with their own set of wheels. Spend more hours volunteering, get a better bike.

Alex reported at the time that Hart was on the search for a building to set up shop. Today we bring an update, and some good news: Bike Friendly South Dallas cut the ribbon on a completely renovated place near Ervay and Al Lipscomb last week. It opens July 1.

Hart says how it happened feels meant to be. At the end of 2018, Cornerstone Baptist Church offered a rent-free year in a space at 1616 Al Lipscomb Way. It had served as a soup kitchen, but before that it had been a gas station and a liquor store. It was bare bones and rundown, but the lights worked and it locked. Hart said yes, and donations for items like cabinets and shelving and other equipment started to roll in. 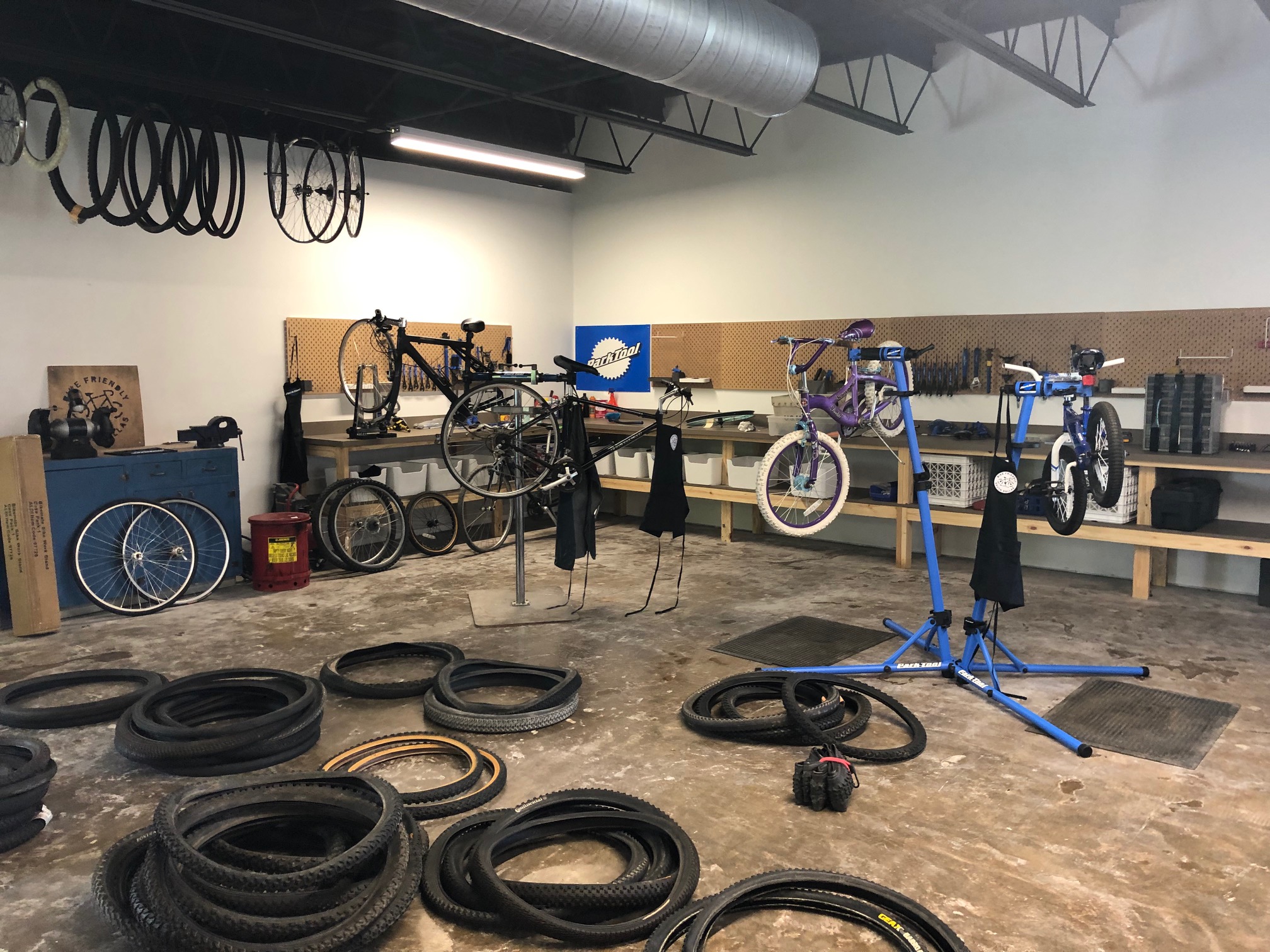 But not more than a couple weeks after they got settled, Hart received word that The Real Estate Council’s Associate Leadership Council was considering adopting the shop as its community service project. With Cornerstone agreeing that Bike Friendly South Dallas could extend their stay to three years, TREC eventually signed on, bringing to the project a $100,000 grant for renovations—plus in-kind donations. The result is the We-Cycle Resource Center, a community space that might primarily serve South Dallas but is available to the entire city.

Contractors transformed the location with what Hart estimates to be more than a quarter of a million dollars of work. They put in new HVAC, a new roof, a new ceiling, and new plumbing. They exchanged cinder block walls for nice wall board, and stripped the tile off the floor to reveal the shop-friendly cement. Around the same time, the organization also applied for a program through the bike tool company Park Tool that gives a nonprofit of their choosing a new set of tools. Bike Friendly South Dallas won that, too.

“All this stuff was happening. I’m going, ‘Somebody really wants us down here,’” says Hart. “We must be doing something right. Things keep going and the biking community and the regular community are like, ‘Whatever you need, let us know.’” 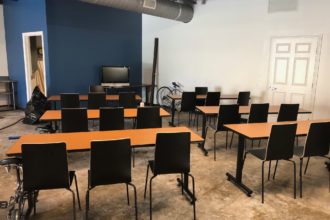 What that community seems to be grasping: earn-a-bike programs like Hart’s are a lifeline for residents unable to afford cars. As the city attempts to build a more equitable future, transportation is key, particularly in areas that exist beyond walking distance from well-paying jobs. (The median household income in this ZIP code—75215—is $27,538, well below the citywide median of $47,285.) Donated bikes get fixed up by a team of volunteers and then are ridden off by residents who gain the freedom of mobility. If something breaks or a tire goes out, those cyclists can bring the bike back to the shop for a fix or come by a pop-up (those will continue on the third Saturdays of each month, to better serve the community).

But Hart also stresses that his mission involves educating the community in things like rider safety and, of course, bike maintenance. He says he wants volunteers to leave with the skills to fix their new wheels up themselves, repeating a line he gave Alex Macon.

“There’s lots of organizations that just give bikes away. That doesn’t serve the community well,” he says. “Does it give them a bike? Yeah. But it’s the old analogy that was quoted in the article. You give a kid a bike and watch them ride for a day; in two or three days that tire is going to be flat or the chain’s going to fall off and they’ll stop riding. You teach a kid how to fix their bike, they’ll ride forever.”