We could go on lauding these two winners for their incredible ability to stand out in a crowd of 1,000 local dogs, cats, bunnies, donkeys, and beyond. But they need no affirmations—they know that they’re winners. Just like sweet Bobo, the 11-year-old Australian Shepard mix who won our competition last year, they know they’re beauty, and grace, and the cream of the crop at the top of the heap. Just look at the confidence in those faces below—they know!

So instead, we’ll share a bit more about our reader- and judge-appointed winners, so you can get acquainted with the pets that are setting the bar for cuteness in Dallas and will appear in an upcoming issue of D Magazine.

Because they’re more than just an adorable face. 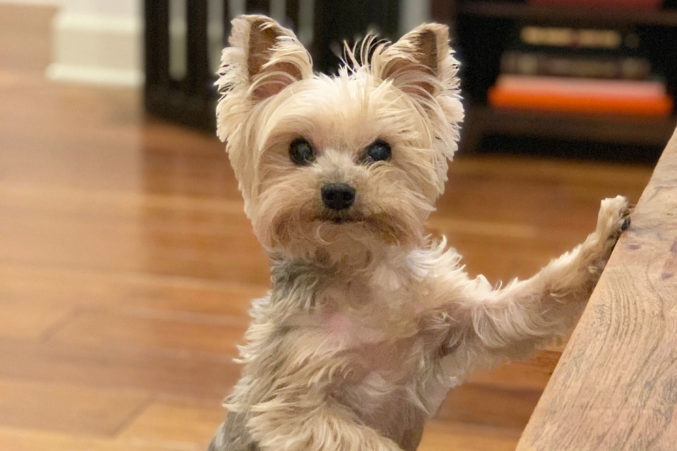 Breed: Yorkie
Age: 10.5
Things to Know: Looking at his photo, are you shocked to find out that Leo once had a role in a Hollywood movie, or that he occasionally models for Highland Park Village jeweler William Noble? Of course you weren’t. This dog’s got it. This dog’s got the confidence of 1,000 Brad Pitts and Leonardo DiCaprios on the cover of Esquire. This dog has almost 12,000 Instagram followers.
Some Words From Their Human: “At the ripe, forever puppy age of 10.5 years, Leo has done a lot in his life. He started off as a rescue dog in Los Angeles before finding his human, Brie Strohmeyer (now McDonald). When Brie met Shawn McDonald, Leo knew it was time to trade Tinsel Town for the Big D. Leo served as the couple’s Dog of Honor at their Beverly Hills wedding, and has since been settling nicely into his life in Dallas taking walks on Katy Trail, enjoying afternoon shopping trips in Highland Park Village, playing at Mutt’s Cantina, and checking out the various sights of Dallas. His favorite treat is a Greenie, and his favorite pastime is napping.” 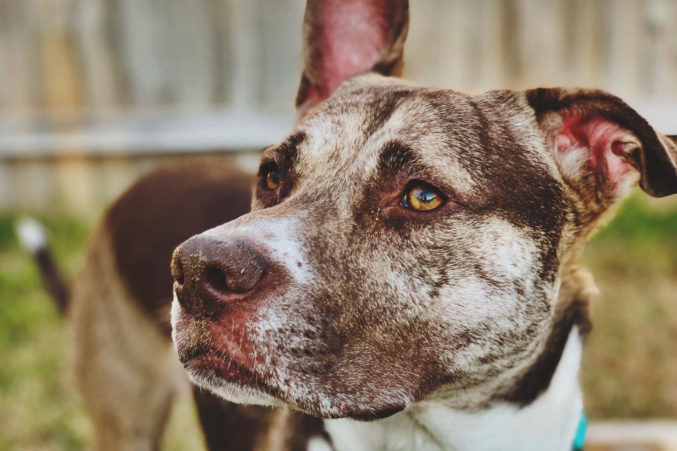 Breed: American Staffordshire Terrier Mix
Age: 3
Things to Know: We had a tougher time than we thought we would have deciding on the Cutest Pet. We took the top 20 entries (see below), and judged them based on levels of “cuteness,” quality of photo, and quality of bio. Scout is obviously adorable, with or without the endearing placement of her ears. But it was her bio, which painted a poignant and incredibly real portrait of dog ownership (i.e. we can relate to frequent vet trips and half-chewed towels), that really pushed her to the forefront.
Some Words From Their Human: “Scout was rescued by DFW Rescue Me, when her mom was found hit by a car. Her mom didn’t make it, but Scout and all her little brothers and sisters did. They described her as the leader of the pack and a boss lady—I knew she was meant to be mine. She’s lived up to every bit of that description. She is bossy, sassy, and a bit ornery. She has eaten carpet and couches, towels, and toys. We are no stranger at the emergency vet, either. I brought her home on April Fools’ Day and the joke’s been on me ever since. But she is my little love bug, and she is worth every single headache she has caused.” 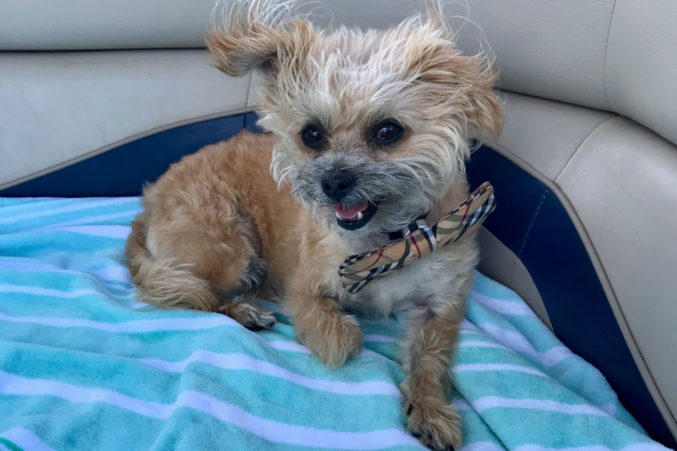 Six-year-old Brooks is so much more than his very cute bowtie. For the first few years of his life, he worked as a service dog for sexual assault victims, and currently works as a service dog for his owner.
Some Words From Their Human: “He is definitely one of the most empathetic dogs I’ve ever met (which is saying a lot!). When he’s working he’s quiet and low key, but as soon as his vest comes off he loves to run, bark and play. He’ll pick out his own bow tie when he’s ready for a change, and he loves nothing more than taking a break at Cedar Creek Lake and relaxing on the dock (still wearing a bow tie, of course). He loves all the attention he gets, and is probably the happiest when he’s surrounded by cops or Sexual Assault Nurse Examiners (SANEs); he knows who his heroes are.”

All pets are winners, just by virtue of finding a loving, forever home. But the following 18 dogs (and a bunny) came awfully close to claiming this particular title.

Celebrate the Year of the Dog in Style

Dog Yoga at The J