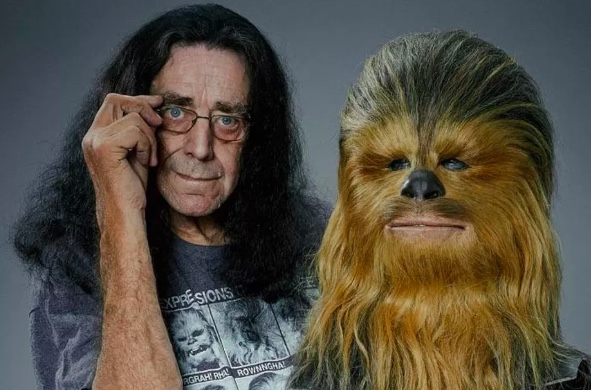 Around four years ago, I briefly spoke to a slightly confused Peter Mayhew on the phone. I’m not sure if he was still living in Granbury at the time or if he had already moved to Boyd, but he was here in North Texas, and that’s why I had called. I had emailed him a few months earlier, trying to sell him on the idea of being the subject of a profile.

My idea is simply this: an afternoon with a Wookie. The Wookie. Just sort of a look back over your career, past, present, and future, and how you ended up in Texas.

I know: LOL. Anyway, he thanked me and told me to check back as the release of The Force Awakens — the latest chapter in the Star Wars series and the last one in which he would appear as Chewbacca — neared. I didn’t get a response to my next email. I wasn’t too surprised; I figured his imminent return to the screen was keeping him overly busy.

But I still wanted to write about him and his quiet life in the North Texas countryside between convention appearances. Tim eventually tracked down his home phone number, because he is good at that sort of thing, and then there I was, talking to Mayhew. Just for a few moments, but as a lifelong Star Wars fan — my first cat’s name was Chewbacca; I later had one named Yoda Tom (a compromise between me and my sister)  — it was a thrill. We were never able to schedule time to meet and I got busier with other projects and it just never happened. I came across our email exchange not long ago and made a note to reach out again. Alas.

So I don’t have any great insight other than an echo of what you have maybe read about him last night or this morning. He was a very polite and needlessly nice man with a soothing English accent during our short conversation, and extremely accommodating to someone who had invaded his privacy on a random Tuesday afternoon.