An alert FrontBurnervian sends along the below photo of a sign giving notice that Olive Street near the AAC is about to change. I got pretty excited because naming a street for Dirk was an idea that I thought had been birthed on our podcast with Miguel Solis. The Athletic even ran with it. But, alas, we can’t claim credit. This was Councilman Adam Medrano’s baby. He tells me that he’s been working on this for about a year. First he had to make sure both Mark Cuban and Dirk were cool with it. There were other details to work out. But now it looks like a done deal. I mean, who would possibly oppose the change? Medrano says it will come up for a vote before City Council in about four months.

UPDATE (2:40) Matt Goodman got some more details. The approval timeline goes: Subdivision Review Committee of the City Plan Commission hearing, 6/6/19; City Plan Commission hearing, 8/12/19 (tentative date); City Council hearing, 09/25/19 (tentative date). And here’s the memo applying for the change; it was signed by not just Medrano but Scott Griggs and Omar Narvaez, too, because it takes three council members to initiate such a change. 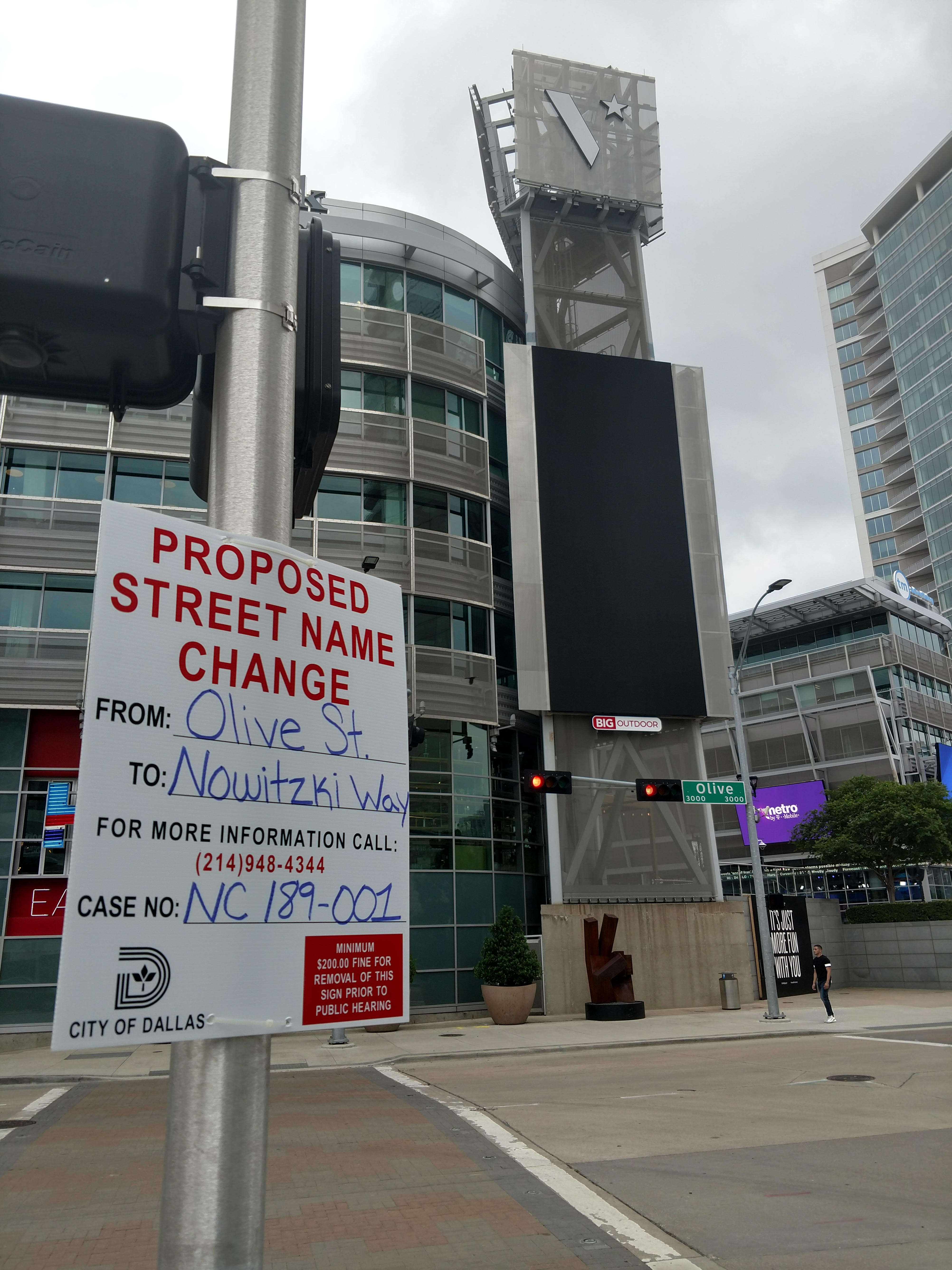 Dallas’ most important news stories of the week, delivered to your inbox each Sunday.
Adam Medrano Dirk Nowitzki Olive Street

The value-based clinics will focus on the Medicare population and be located in three area supercenters.
By Will Maddox
Media

Inside joke
By Tim Rogers
Sports