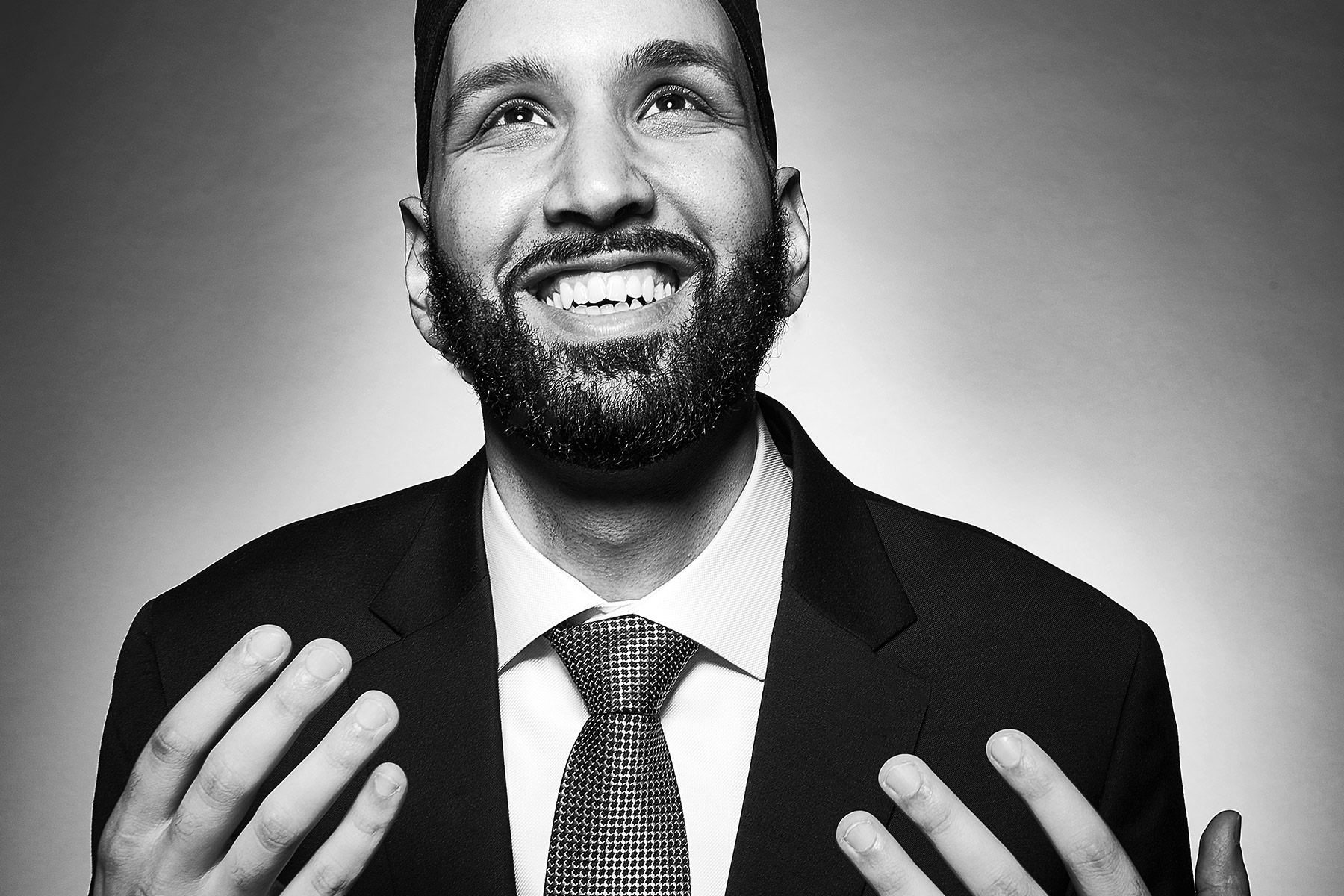 Heavy Lifting:
Suleiman complains that photos of Muslims usually show them unsmiling. It was hard to find one from our shoot in which he wasn’t.
Elizabeth Lavin

On May 9, Imam Omar Suleiman served as guest chaplain for the U.S. House of Representatives, giving the invocation that opened the day’s proceedings. He was invited by Rep. Eddie Bernice Johnson, who had previously bestowed the honor upon the Dr. Rev. Michael Waters. The message of Suleiman’s prayer was one of peace and unity and justice, themes that come up often in his work.

You can watch the entire thing here. And then, seemingly as soon as he was finished, the smears began, using old tweets (which he has discussed at length in the past) and bad-faith reasoning to paint Suleiman as a radical, stopping just short of using the word terrorist, and an anti Semite. This Washington Examiner headline is pretty representative: “KKK, apartheid, ethnic cleansing: The anti-Israel fury of imam chosen by Democrats to give Congress prayer.”

It’s an old play from an old playbook, one I’m very familiar with because it was used as soon as I started writing about Suleiman a few years ago, which eventually led to this profile. It’s not surprising because, in addition to being Muslim, Suleiman’s parents are Palestinian. It is unfortunately not difficult to prey on people’s biases regarding his biography.

But if you think Suleiman is an anti Semite, if you think he advocates violence or hate, you have not paid attention to his work in Dallas and elsewhere. You have not listened to his words, before Congress and elsewhere. I feel lucky to know him and lucky that I live in a place where he works. Watch his prayer. Listen to it. Read what he says in the story I wrote about him. Read the thoughtful response he wrote in yesterday’s Dallas Morning News. That is Omar Suleiman, no matter what you are being told to believe.