The Nasher Sculpture Center’s next exhibition is work by Sheila Hicks. Titled “Seize, Weave Space,” it opens tomorrow, May 11. This morning the museum had a media preview for the show so I ambled the two blocks from our office to the Nasher, coffee mug in hand. Here’s a pro tip: when you attend a media preview at the Nasher, go ahead and leave your coffee at the office. It kinda freaks out the security guards when you walk in with a hot beverage. Also, the good folks at the Nasher will provide you with coffee in their spacious conference room, safely removed from the art.

After a few remarks by nattily attired Nasher director Jeremy Strick, we headed downstairs to the main part of the exhibition space and were treated to a delightful tour of the works by Sheila Hicks herself. She said she refuses to call the objects “art” and told us she’d be disappointed if we didn’t touch them. Note: when you go see the exhibition, you won’t be allowed to do this, because your hands aren’t as privileged as mine. Just know that it felt like sumptuous, expensive, important not-art. 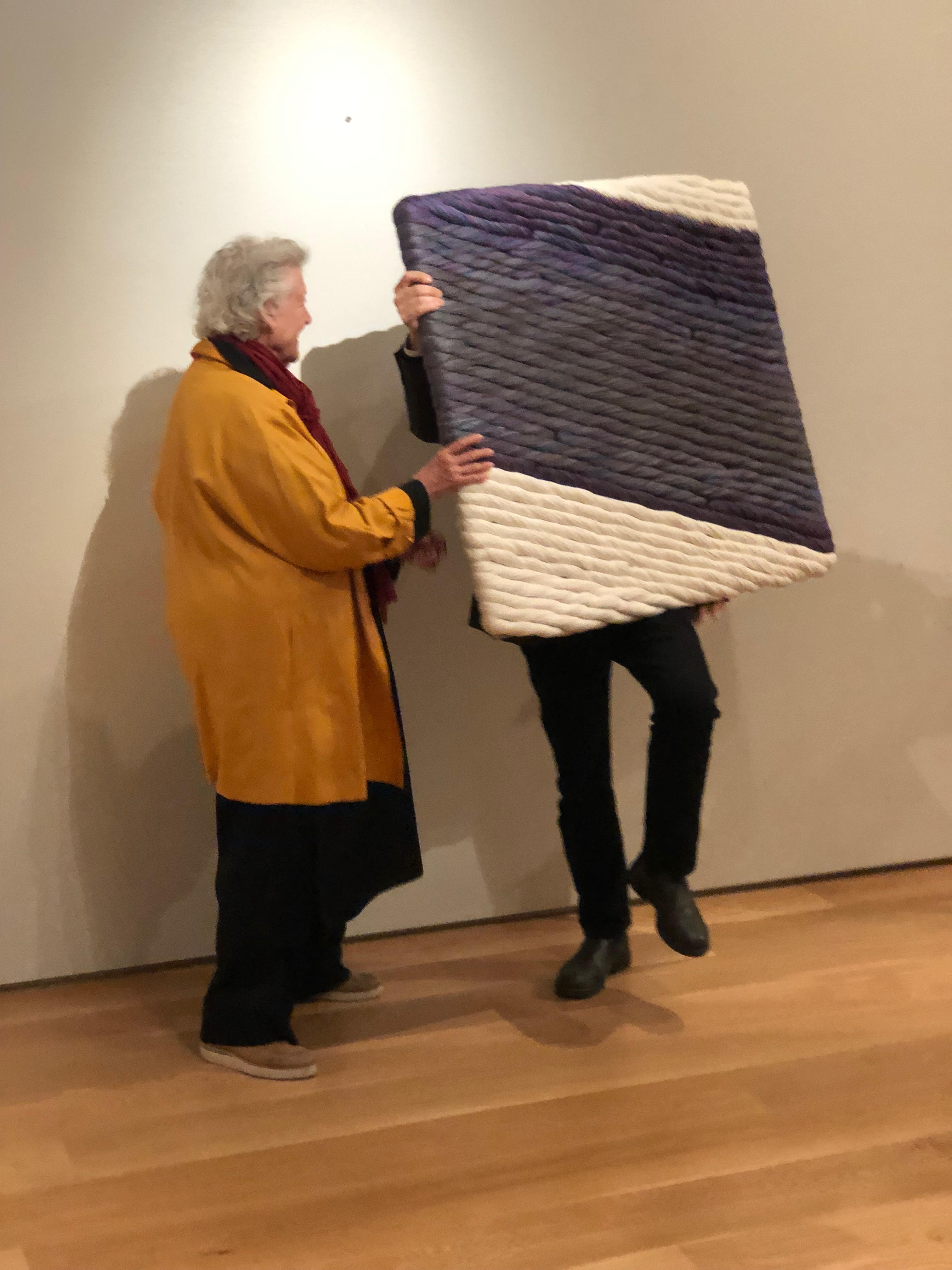 Hicks led the 20 or so media folk over to a piece titled Chaine et trame interchangeable (pictured above, with Hicks). The translation: Interchangeable Warp and Weft. The not-art was commissioned in the 1980s to hang in the elevator lobby of One Main Place. When the building changed ownership, Hicks told us, she was asked if she wanted the thing back. Sure, she said. But who would pay the steep freight? “Just roll it up and put it in laundry bags,” she told them. She went on to show the work in museums in nine countries, and she told us she was happy to see it return to Dallas.

Then she dropped some news on us. Last night, while eating dinner at Tei-An, she decided that Chaine et trame interchangeable should have a permanent home at the Dallas Museum of Art. At first the journalists weren’t sure if they’d heard her correctly (Hicks’ voice is steady but quiet). Eventually, polite applause broke out.

Not much later, after the tour had wound its way out into the garden to see the not-art Hicks had installed there, I had to duck out. Upon returning to the conference room to retrieve my coffee mug, I discovered that the Nasher staff (presumably) had taken the thing. So just as the DMA has acquired Hicks’ Chaine et trame interchangeable, so the Nasher has acquired Rogers’ Tasse de café. I am humbled.