Because All Bald Men Look Alike 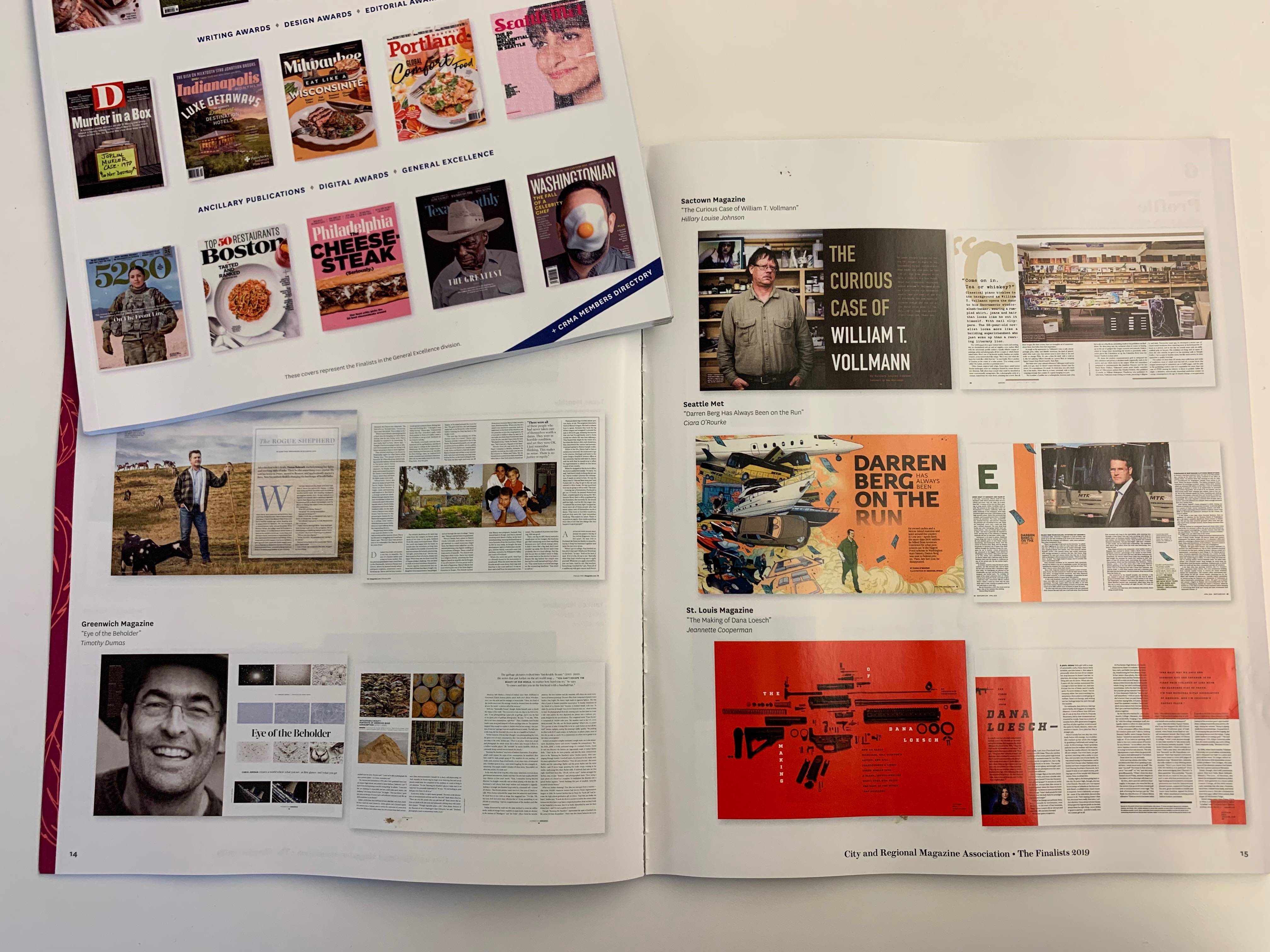 Having been forgiven for freaking out the group text by mistakenly (OK, drunkenly) announcing that Sonoma Magazine had won general excellence at the CRMA awards banquet for our circulation category when, in fact, we were the champions, and having subsequently lost a $200 bet to Matt Goodman in the foggy afterglow of our victory for confusing Cal Fussman (who I was incredibly annoyed with two years ago) with David Granger (who I was incredibly annoyed with this year), I am sufficiently recovered from the 2-for-1 Monday night celebratory special at the fine Minneapolis establishment Gay 90s to point out two things.

First: the story that my profile of Bonton Farms founder Daron Babcock lost to, “The Curious Case of William T. Vollmann” by Hillary Louise Johnson, is spectacular. Read it.

Second: one of the other four finalists in my group was “The Making of Dana Loesch” by Jeannette Cooperman. Jeannette writes for St. Louis Magazine, and NRA spokesperson Dana Loesch grew up in Missouri. But she now lives in Southlake. A taste:

Dana’s is an unusual combination of high emotion and cold sarcasm; thick hide and defensiveness; scrappy provocation and dismissiveness. She tweets a regular reminder: “I read all hate mail & Tweets in a sponsored segment on my nationally syndicated radio show and use the profits to purchase more range ammo, (got a new Sig with it, too) and put in the plate for Jesus on Sunday. Let your hate work for me. Thank you. #DanaRadio.”

Get to know your neighbor.

The Dallas Builders Association partnered with D Home to honor the city's most extraordinary remodelers, builders, and associates.
By  Ramona Winning
A D Magazine Guess-tigation

Ol' Rick is back.
By  Zac Crain
D Magazine Directories