At around 9 o’clock last night, at Smoky Rose in East Dallas, it seemed a certainty that Eric Johnson would be the next mayor of Dallas. Early totals showed Johnson with the most votes, and, given a likely runoff with Scott Griggs, everyone on the patio of the barbecue joint was pumped. I spent most of my time there talking with Darryl Blair Sr., editor in chief of Elite News, the oldest African-American publication in North Texas. Blair told me the paper had never before officially endorsed a candidate for mayor but had broken with that tradition with Johnson. Blair said he’d initially seen Johnson as “smug” and “better than other blacks,” but watching him at the few mayoral forums Johnson attended changed his mind. Speaking of the way Johnson appeared to run his campaign from Austin, skipping Dallas events (and our EarBurner podcast), that was where I started with my hard-hitting questions for the candidate: 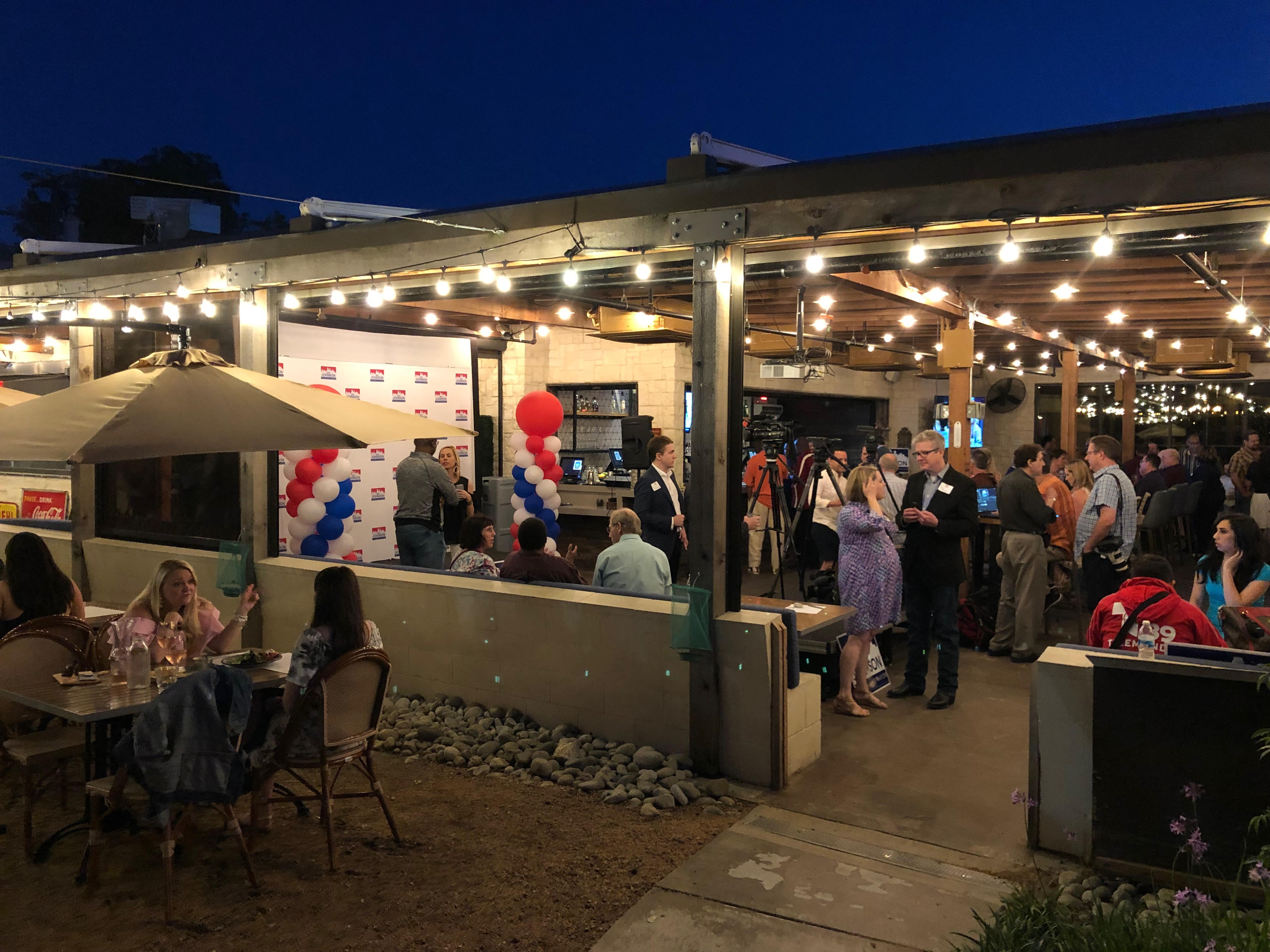