In the weeks after Councilman Mark Clayton announced he would not seek another term to represent the neighborhoods surrounding White Rock Lake, five candidates declared their intention to succeed him.

Paul Sims, the presumed frontrunner and park board member, quickly dropped out. Remaining is Paula Blackmon, a former strategist for mayors Tom Leppert and Mike Rawlings. There is Sarah Lamb, the relative newcomer to town who became known for her opposition to TxDOT’s plan for the intersection known as 3G, or where Gaston, Garland, and Grand chaotically come together. There is Erin Moore, the activist and volunteer whose day job is executive assistant to County Commissioner Theresa Daniel. Tami Brown Rodriquez is there too; she owns a consulting firm and touts her background in business and financial services at forums.

The sprawling District 9 encompasses Lakewood, Forest Hills, Old Lake Highlands, Lochwood, Casa Linda, and Casa View. In 2015, Clayton, who owns an insurance business in Old East Dallas, was one of four candidates vying for the seat vacated by Sheffie Kadane. It wasn’t a close race. Clayton won almost 60 percent of the vote, thanks in part to his opposition of the Trinity Toll Road.

Clayton is leaving the horseshoe after four years. His largest role was co-chair of the Mayor’s Poverty Task Force, where he has worked to implement a new homelessness commission in Dallas County. He has been outspoken and sympathetic to the city’s most vulnerable, and his time in office will be remembered as such. But he also helped get a new aquatics center built at Harry Stone Recreation Center and spearheaded the ongoing redevelopment of the Casa View shopping center. However, the Garland Road Vision plan remains unrealized and newer developments, such as the former Steakley Chevrolet dealership on Northwest Highway, cater to suburban-style revitalization of big box stores and fast food chains. Judge that how you will.

Coming into May’s election, recent forums show a significant concern for the health and future of White Rock Lake, which desperately needs to be dredged. Property taxes are a central issue for voters considering the district is primarily single-family. There are also the priorities that seem almost standardized across all 14 districts: public safety, infrastructure, transportation, and homelessness. 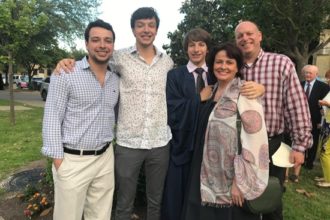 Prior to entering the race, Blackmon was the campaign manager for former City Attorney Larry Casto’s now defunct mayoral campaign. She has the most political experience of the bunch, having worked in education as an advisor to former Dallas ISD superintendent Mike Miles in addition to her work with the mayors. Because of her close ties to City Hall, she’s often looked at as an establishment candidate, a label that she wholly rejects. But she has raised more than the combined total of her opponents—$45,146.87—and shares donors in the class she’s trying to avoid.

Lamb, on the other hand, is trying to establish herself as the antiestablishment candidate. Although she says that she did not get into the race to be groomed or swayed by the factions at City Hall, she likens herself to Clayton. She holds views similar to outgoing councilmember and current mayoral candidate Scott Griggs and District 14 Councilman Philip Kingston. She wants to dissolve VisitDallas, the beleaguered tourism entity, and is critical of Mayor Rawlings’ prioritization of a “shiny object” agenda during his time in office. 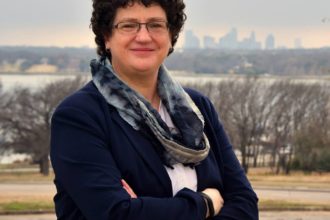 Moore defines herself as a bleeding heart liberal and stakes out a similar position as Lamb on the controversies facing the city today. She’s in favor of getting rid of VisitDallas and wants to refocus taxpayer dollars away from vanity projects. She has worked extensively with disadvantaged communities to eradicate homelessness through housing solutions with Dallas Homeless Solutions.

Brown Rodriquez, who has raised the least money of all the candidates, also sees herself as an outsider. Her campaign is focused on eliminating corruption at City Hall through better business practices as well as using her finance background to scrub the budget. She brands herself as a vocal advocate for the police.

Despite their sometimes-differing agenda, each candidate fell squarely on the side of zealous protectionism when it comes to White Rock Lake. None of them want to see it developed in any way and each wants it to remain a public gem, beloved in the district. However, they do want to see the lake dredged, for which neighbors formed a group last October to identify potential funding and begin developing a plan.

Blackmon, however, takes her protectionism a step further. She wants to hold Dallas’ northern suburbs accountable for the pollution they create that finds its way into White Rock like last summer’s raw sewage spill.

“Are we going to take on Frisco and sue them?” Blackmon said. “Because they’re dumping into our lake.”

Keeping the lake natural is an easy sell to voters. What to do about skyrocketing property taxes is another matter. Of all concerns facing the candidates from voters, none is seemingly more contentious and unifying at the same time. Both Blackmon and Brown Rodriquez say they’d comb the budget to find unnecessary expenditures to save property owners money. (Neither provided specifics on what those would be.) Blackmon wants to see the state legislature to improve funding for public schools to alleviate the burden it placed on homeowners. Moore wants to see full transparency from the Dallas Central Appraisal District on how it assesses value. Lamb is calling for an audit of DCAD and promised to protect seniors by capping property taxes if elected. 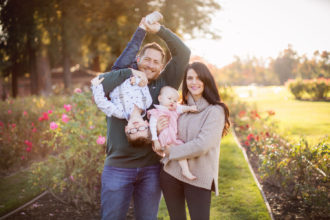 “What I can tell you is I’d like to prioritize the basics,” Lamb said. “That bill would hurt a little less every year if we knew the resources we were investing when we’re having to spend our property taxes being used more wisely. I would like to see us actually work hard at City Hall to try to do a true freeze or at least a cap for our seniors to make sure they aren’t priced out because they’re on a fixed income.”

The candidates all want to give raises to police and fire fighters. Brown Rodriquez put supporting the police at the top of her campaign. She is also a vocal opponent of the Community Police Oversight Board, which the City Council expanded powers for on Wednesday. She was active in her opposition, saying she “was engaged in the process to stop the excessive funding for that board.”

But of the four, only Blackmon presented a plan to raise funds for the police. She is proposing to take a half cent of the one cent tax that currently goes to DART to fund a pay increase because, as she puts it, “the system is already built.”

Differences between the candidates emerge as they discuss housing. Dallas is short 20,000 affordable units, but none of the candidates spent much time discussing the role of affordable housing in D9. Blackmon and Moore did mention that they are in favor mixed use, mixed income residential and retail development in the district, but do not support up-zoning in single family neighborhoods.

They did discuss Dallas’ chronic homelessness issue, though. At last count, the city’s homeless population rose to 1,153, an increase of 5 percent from 2018. Each candidate wants to see homelessness eradicated and acknowledges that there are larger, systemic matters at play that makes the issue so pervasive. To solve it, they want to provide housing, not just in downtown, as well as partner with the private sector and nonprofits to find a solution. For Moore, that solution is immediate housing. 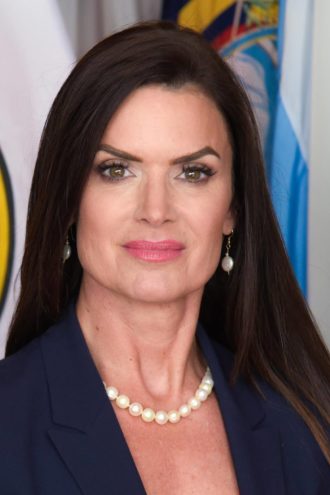 “The industry flip term for it is the answer to homelessness is a home,” Moore said. “The problem is, how do you get there? … Tract one is immediate shelter, which is the most expensive way to handle the issues of homelessness. Tract two is roving shelters around the city and inclement weather shelters, which was not pass because the communities could not come to an agreement on. Tract three is with Dallas Homeless Solutions is rapid rehousing and tract four is building home stock.”

Lamb advocated for providing transportation to the homeless. She also addressed the grossly anemic state of public transit in the district.

“Our DART, our bus routes could be better,” Lamb said. “It takes, in certain areas of the district and across the city, people two and a half hours to get to work because the buses and bus routes aren’t where it needs to be. So, we need to focus on that.”

Lamb has tried to liken herself to the popular, outgoing Clayton. He hasn’t endorsed any of the candidates, though it’s rumored that it’s only a matter of time before he does. One thing is certain in District 9. Come May 4, voters will send a woman to the dais at City Hall for the first time in over a decade.