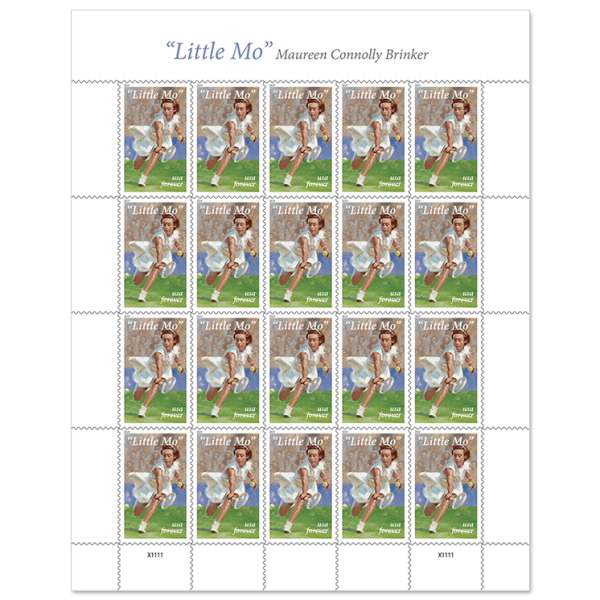 FrontBurnian philatelists, correct me if I’m wrong. But I believe that this week may mark the occasion of the first Dallasite to ever be commemorated on a U.S. postage stamp.

Maureen “Little Mo” Connolly Brinker was known for firsts. A teenage tennis phenom, she was the first woman to win a calendar Grand Slam. Before a horseback riding accident ended her professional career at age 19, she had already won a total of nine Grand Slams. (That’s eight more than Sloane Stephens and seven more than Naomi Osaka, both of whom are in their 20s.)

The native Californian moved to Dallas after marrying Norman Brinker, a member of the 1952 Olympic equestrian team, president of Jack in the Box, and founder of Brinker International. She was honored with a dedication at SMU on Tuesday that featured her daughter, Cindy Brinker Simmons, and local pro John Isner. She’s only the third tennis player to be featured on a stamp. The other two are Arthur Ashe and Althea Gibson.

Little Mo had a great low volley, and I’m jealous of that tennis outfit. But I mostly love her attitude. In her 1957 autobiography, Forehand Drive, she shared this: “I hated my opponents. This was no passing dislike, but a powerful and consuming hate. I believed I could not win without hatred.”

Inspiring words from the woman who helped inspire the Tennis Competitors of Dallas.