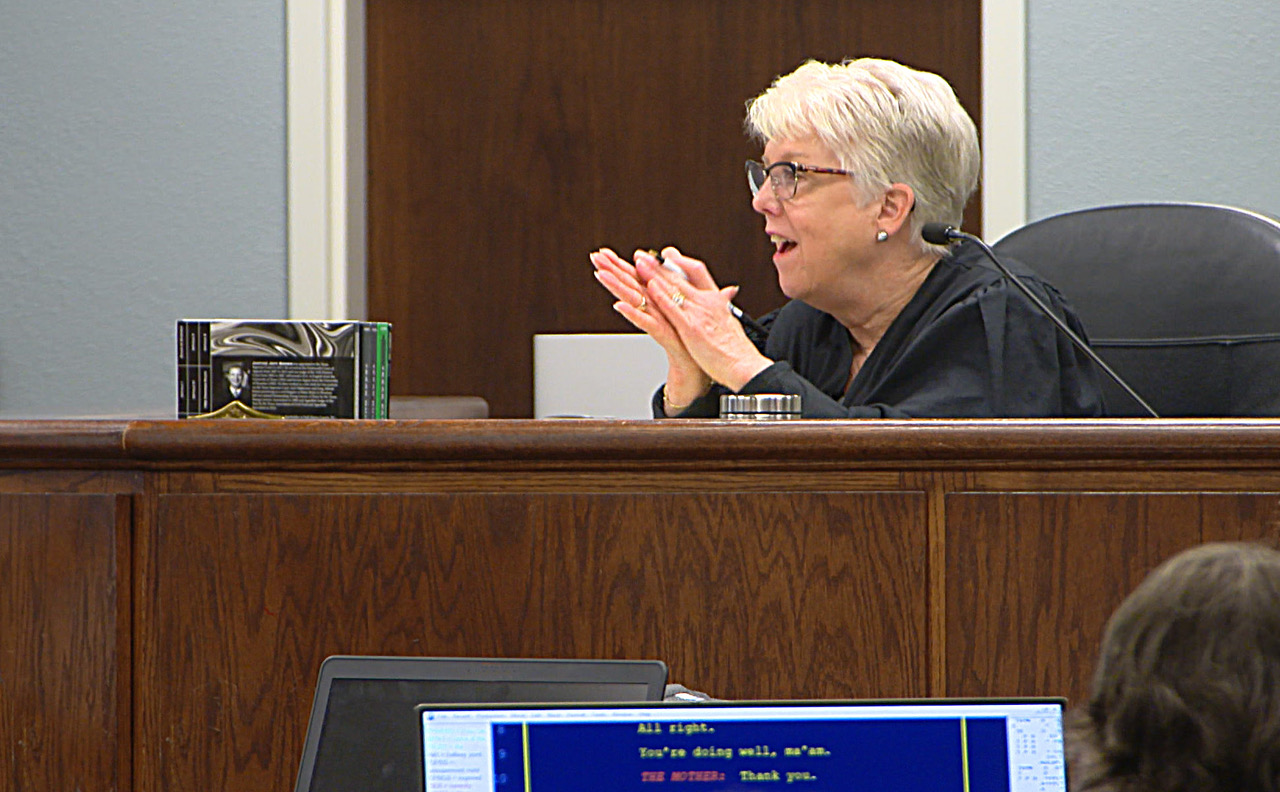 Former Dallas Morning News staff writer Olive Talley has had quite the journalism career. On April 28, she’s topping it off with the debut of her documentary, All Rise for the Good of the Children, as part of the USA Film Festival at the Angelika Film Center. The result of her 18-year involvement with the Karyn Purvis Institute of Child Development at TCU, the film highlights an East Texas family law court that successfully used the institute’s research to change how it dealt with families in crisis.

After getting her start in talk news radio in the late 1970s, Talley went to work for United Press International. In addition to covering Space Shuttle launches in Cape Canaveral as one of three national space correspondents, she also had the death row beat, interviewing inmates at Huntsville. (One was Ronald Clark O’Bryan, known as The Man Who Killed Halloween, who laced Pixy Stix with cyanide and killed his own son for the insurance money.) When UPI started to go under, she went to the Houston Chronicle and then the Houston Post, before landing at the Dallas Morning News in 1986. She stayed there for nearly a decade before moving to New York to become a producer for Diane Sawyer on ABC’s Primetime Live, and then for Dateline NBC.

In 2001, she was working for Dateline on an investigation into the abuses and deaths of children from unconventional “holding therapies.” “They were wrapping children in blankets, and they were killing them,” Talley says. “They were smothering them, doing what was then called a re-birthing process. I was just appalled.” Someone directed her to TCU’s Institute of Child Development to see a different kind of therapy that was having positive results.

“I went to a summer camp and I watched Karyn Purvis — who was then getting her Ph.D. and went on to lead the Institute — work with these children who were internationally adopted children,” Talley says. “The parents were like, ‘We’re at our wits end. These kids are having meltdowns and are out of control. We don’t know what to do.’ I wound up doing a documentary for Dateline about a family in Saginaw, which is a suburb of Fort Worth, and they were about to relinquish custody of their adopted son from Romania, or at least have him institutionalized because the family was just disintegrating under all this violence and chaos. Well, we followed their progress for a year as they went through various therapies.”

At first, Talley was intrigued but not convinced by Purvis and her department head, David Cross. They weren’t yet known as experts in the field. “But I saw this intervention, and I saw this kid change,” Talley says. “This one little girl from Russia — this beautiful, blonde, blue-eyed, gorgeous little girl — all of a sudden she erupts into this meltdown, and she’s crying and screaming and flailing. Karyn did put her in a hold, but it’s called a basket hold, where you just hold their hands and hold their feet so they can’t hit you or hurt themselves. And she sat there for about an hour with this child, softly speaking to her. And I’m sitting there, just in tears, watching. What the hell is going on? What is inside of this child that could make her feel this much turmoil?

“Well, it turns out, the child had witnessed her little brother being killed by their mother in a swimming pool. And they had just announced in camp that everybody needed to get ready and pick up their things because they would be going to the swimming pool. So the mention of the swimming pool triggered the trauma that this little girl had suffered. Karyn, instinctively, knew there was some trauma there. She didn’t know at the time what had happened, but she just knew that the child was reacting from some sort of traumatic event. And I’m like, I don’t understand this. I’ve never seen a kid react like this. I have never seen anybody handle a kid like this. I was mesmerized.”

Purvis and Cross had been developing a new strategy to address childhood trauma that they called Trust Based Relational Intervention (TBRI). It focused on the fact that traumas often occur within the context of a relationship. If you are abused by someone you love or someone you know, the healing, too, has to happen within a relationship.

Ideally it will occur within the relationship that caused the trauma, but that’s not always possible. “Neuro science research will tell you that, for a child or anybody who’s had a history of trauma, one nurturing, healthy, attached relationship — whether it’s a teacher or a parent, a foster parent, a CASA worker, whatever — where the person experiences safety, attachment, support, and unconditional love can go a long way toward helping that person heal themselves,” Talley says.

Purvis and Cross began their work with internationally adopted children because their trauma was known. But they started to apply their findings to children in CPS and foster care, as well as children of addicts and alcoholics. Talley created more than 60 hours of educational videos for the institute over the years. Then in 2017, Cross approached her to do a short promotional video about various groups that had adopted TBRI, including a residential treatment facility in Austin and a family law court in Tyler run by Judge Carole Clark.

Talley sat in on the family court for three days. “I was blown away by what I saw,” she says. “I’ve been in a lot of courtrooms, but I’ve never seen a court like this. Every single person in that court has received trauma training. So, every ad litem, every attorney, every parent’s attorney, every kid’s attorney, all the experts, all the CPS workers, the CASA volunteers, the therapists and the foster parents — they’re all trained in trauma informed care. They all speak the same language; they look at it through the same lens. So, instead of seeing parents as worthless, hopeless, bad people, because they’re drug addicts and alcoholics, they basically see them as the wounded children that they are within and treat them accordingly. Instead of trying to go in there and punitively rip children and parents apart, why not fix the parents, stop the cycle, get the parents healthy, help them get the children healthy, and then lift the whole family and stop the cycle? And that’s what this court is doing.”

Judge Clark had met Purvis waiting for a legislative hearing in Austin on CPS. As they started chatting, they soon realized their TCU connection — Judge Clark was a TCU grad. And as the judge talked about her court and the issues it faced, Purvis suggested that her research on childhood trauma might be useful.

Sadly, shortly after the court had its new program running successfully, Judge Clark decided to retire and the assistant DA moved out of state. Purvis died of breast cancer in 2016, and Cross is now the director of the institute that has since been named after Purvis. But Talley is hopeful that her her film, which follows two particular case studies in Judge Clark’s court, can serve as a model for other courtrooms to adopt a similar trauma-informed approach. Because, she says, until we understand trauma, we can’t begin to heal families.

“One of the parents I interview in the film says, ‘Trauma? I wasn’t in no car wreck, I didn’t know what the hell they’re talking about with trauma,'” Talley says. “This is a guy who had been to prison for drugs, his wife had been in prison. But what he didn’t realize is his mother died at age 3. He witnessed his brother hang himself, accidentally, in the backyard. He and his brother, the same little brother, were beaten to a pulp and forced to sleep in the doghouse in 10 below weather in Amarillo, by older siblings, because their father was out on a construction crew and gone all the time.