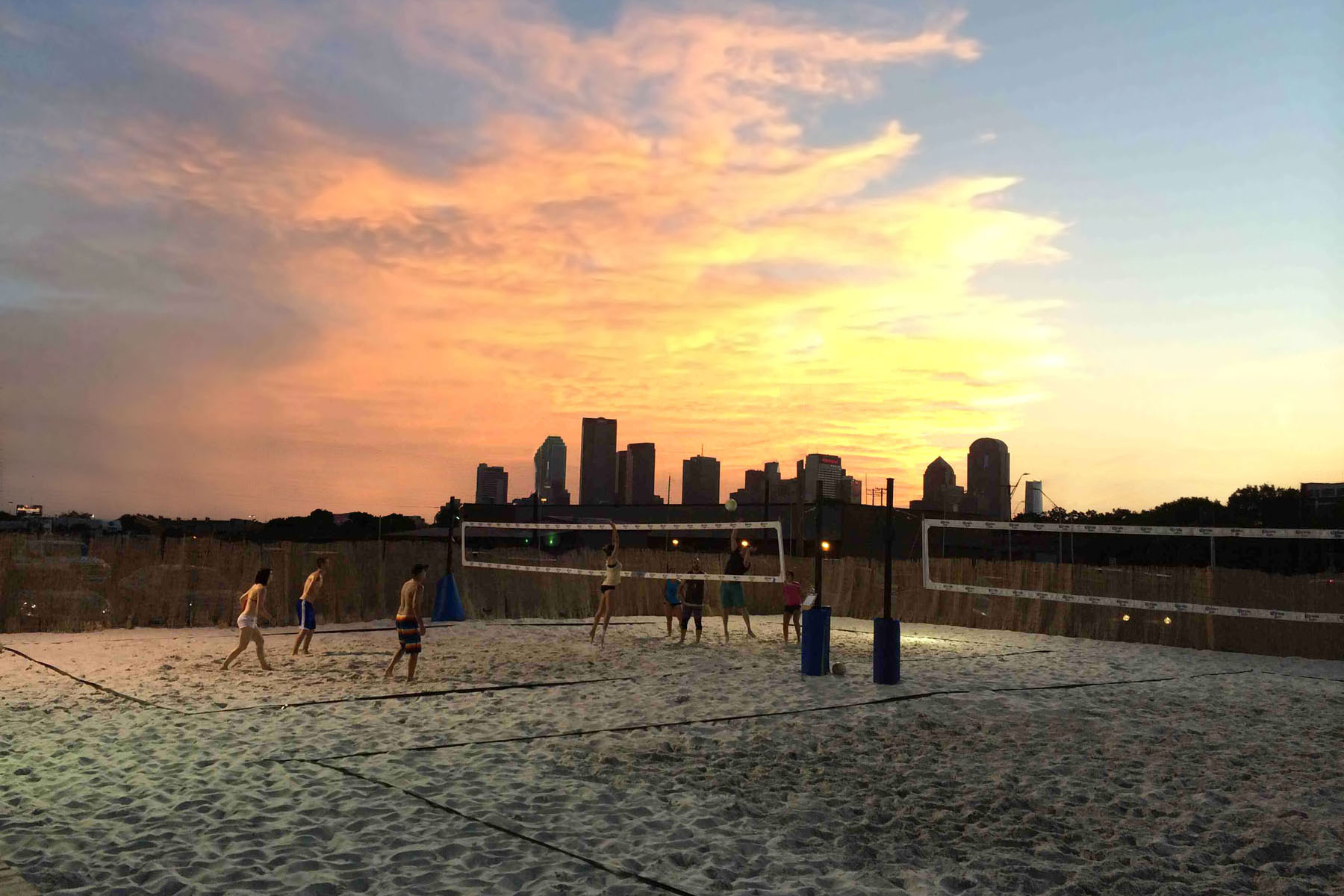 No. 22: Sandbar Cantina and Grill brings the beach to Deep Ellum.
courtesy of Sandbar/Reddit

I spent most of this past Saturday sitting in the newly remodeled upstairs lounge at Brookhaven Country Club during a rain-impaired tennis tournament, waiting for an indoor court to open up and snacking on other people’s French fries. At one point I found myself at a table chatting with four transplants and one Dallas native. The topic of another player, who splits her time between Hong Kong and Dallas, came up. The Dallas native launched into a diatribe about how boring her hometown is, and, given the option, how quickly she would depart for more exotic shores.

The rest of us—originally from Ohio, Connecticut, California, and Louisiana—got quiet. Then one piped up, sort of sheepishly, “I like Dallas.” “Me too,” I said. “I’ve been here 15 years now, and I can’t imagine living anywhere else.” Later, I ended up having a similar conversation with my opponent from Denver. “What do you like about it here?” she asked. “Well,” I said, “we don’t have your natural vistas, but we do have a beautiful manmade lake, a lower cost of living, greater diversity of all kinds, and much better food.” She nodded in thoughtful agreement. “My friend took me to this place called Lazy Dog,” she said. “They had fried deviled eggs!”

Granted, Lazy Dog actually has two locations on the outskirts of Denver. But I think she got my point, even without a visit to Petra and the Beast. We have an enviable livability factor. And, if you lose the teenage ennui, there’s a lot of cool stuff to do. Which is why it wasn’t hard for our editors to come up with more than 71 ways to spend our Saturdays, from archery courses to zip-line adventures. The feature ran in our March issue and went online today.

I’ve already made plans this weekend for #9: to go see Sarah DeLappe’s breakout play, The Wolves, which explores the complexities of teenage girldom through soccer practice. I’m going with my friend, a Dallas native and former college soccer player. Years ago, she left for Tennessee. And then she came back.

And that girl is never bored.