You might’ve heard about the current mission of SMU’s G. William Jones Film and Video Collection by now. Over the last two-ish years, a couple people have been working through a stock of old WFAA footage, putting it into digital format and sharing clips along the way. Much of it is illuminating. Some of it is sort of beautiful. I pulled some highlights here.

What nobody has done yet though is given us a compilation of the many, many splendiferous haircuts inside these hours of footage from 1970s Dallas. Or even better, tried to pick the greatest haircut of all. Let’s give that a shot.

Here are some of the most stylish, out-there, purely ’70s cuts in the selection. Pay attention to the accompanying letters, and then help us pick a winner at the end. Your choices:

This wooly fellow, who was working on breaking a world flagpole sitting record (Selection A): 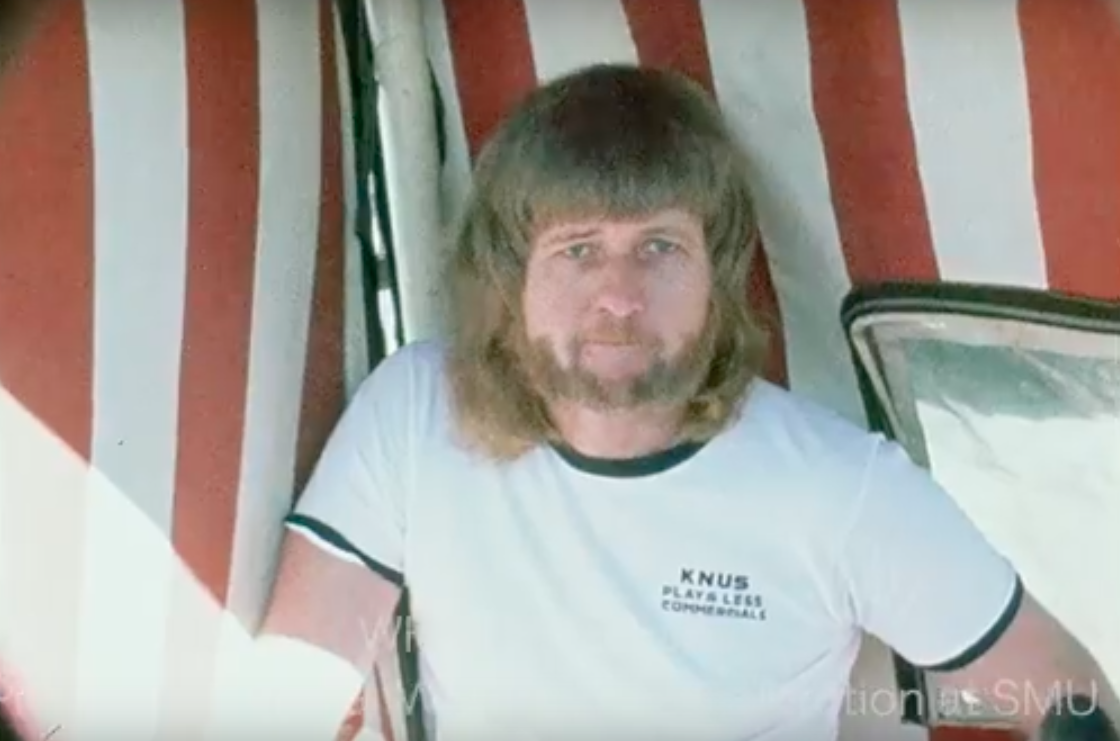 This gentleman who has some wispy-ness accompanying his sizable chops (Selection B): 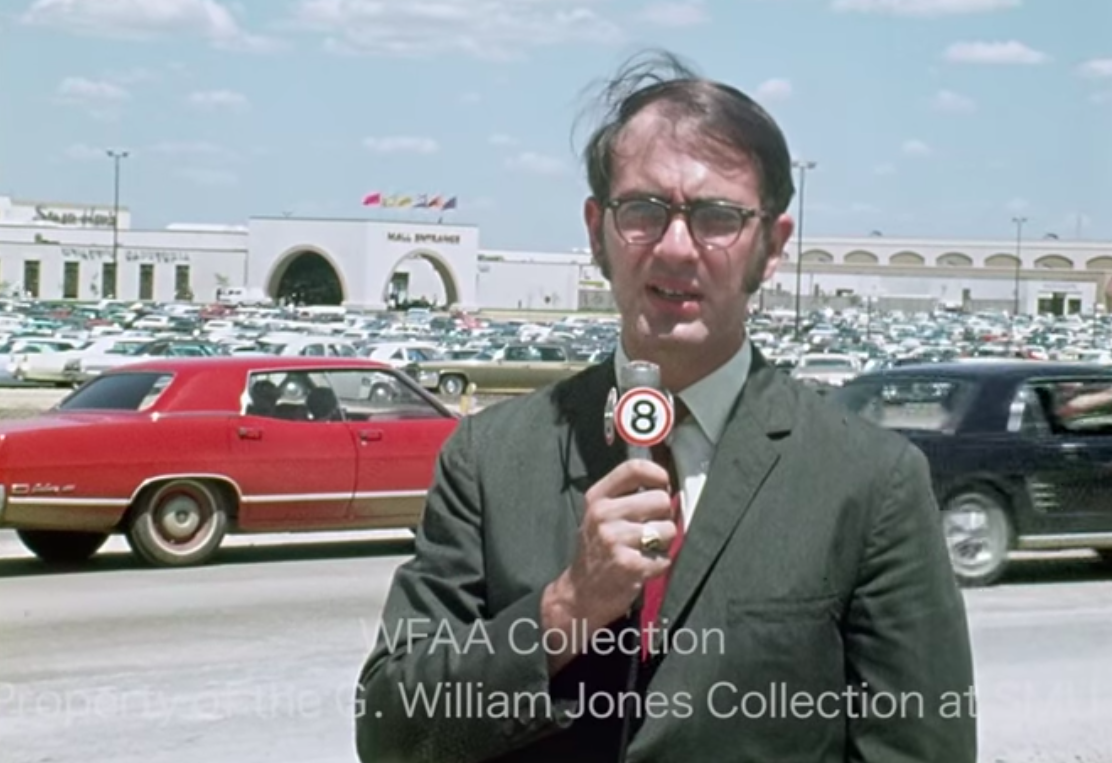 This woman with the criss-cross formation (C): 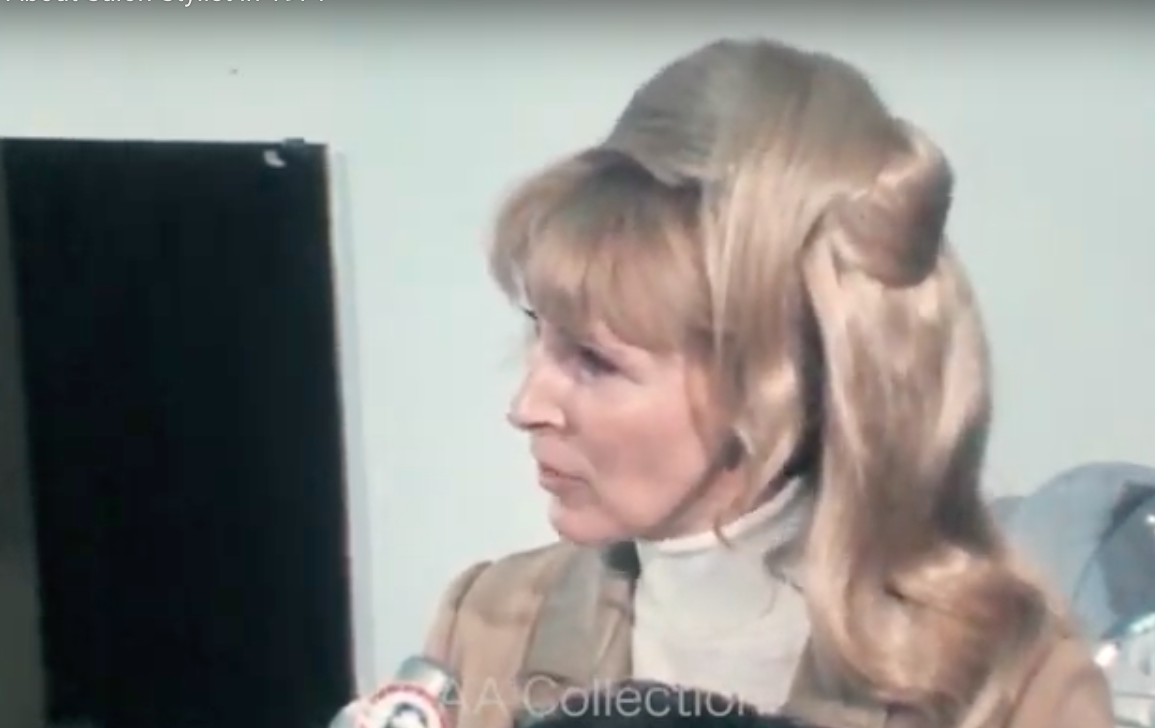 This man, who got tossed form Goff’s Hamburgers for having long hair (D): 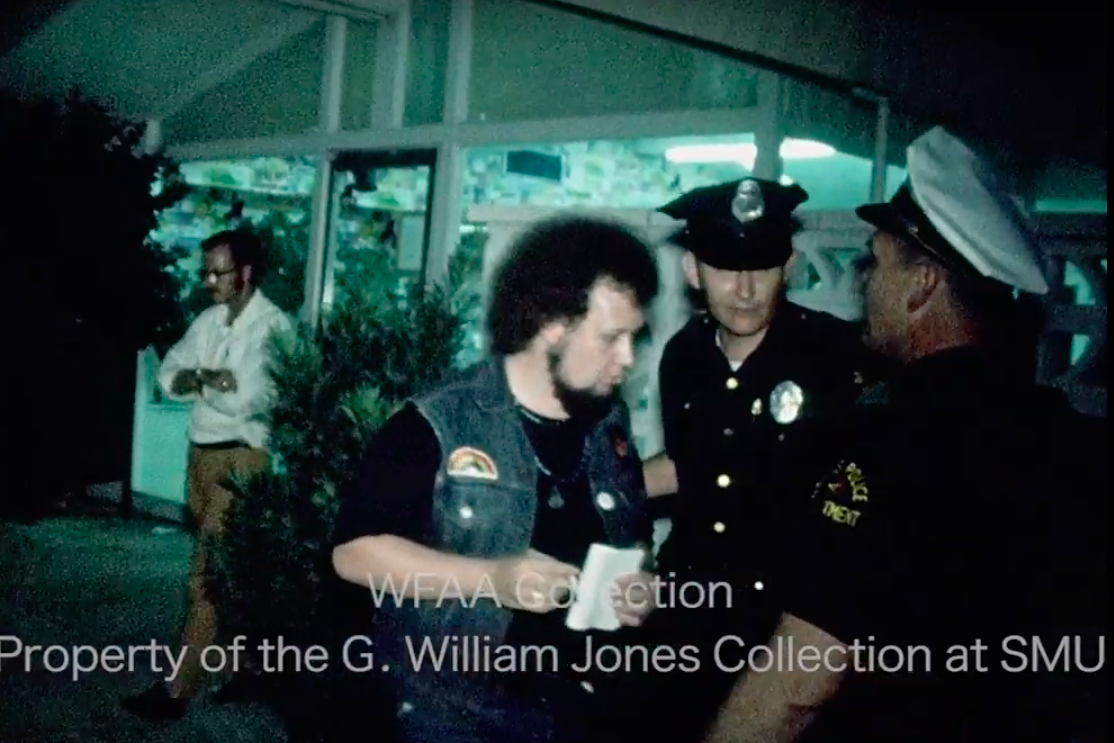 WFAA’s Jim Green, who has a mustache that is too light for his head of hair, and who is actually reporting on mustaches in this clip (E): 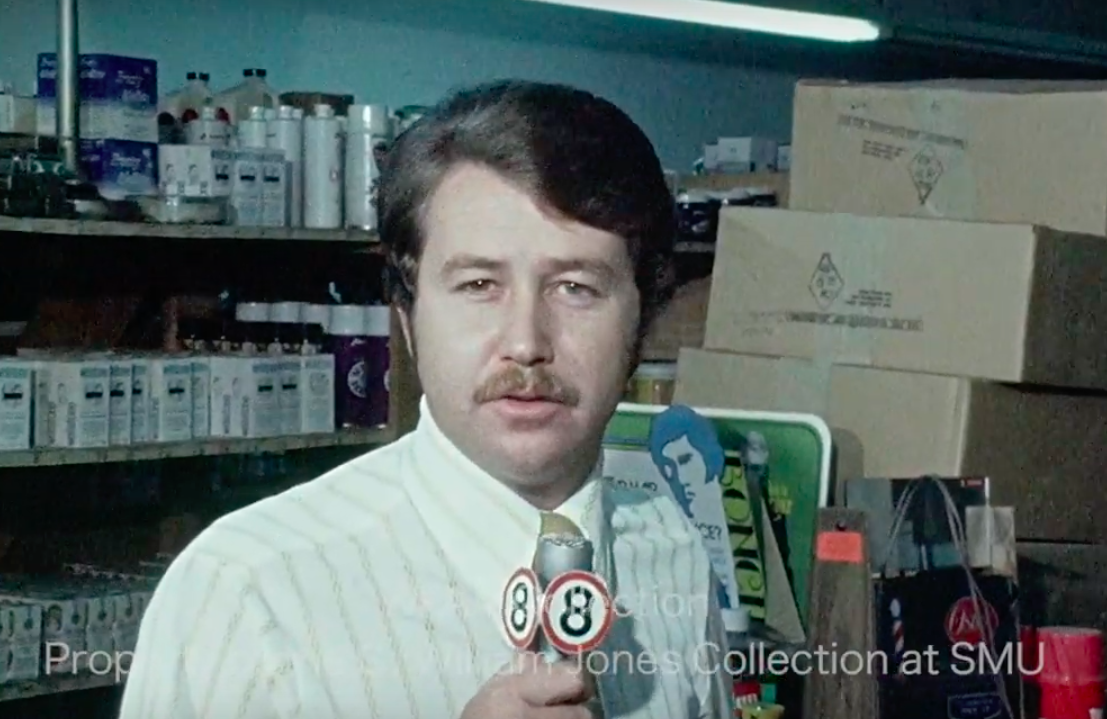 This woman getting into a car downtown, whose hair is taller than her head (F): 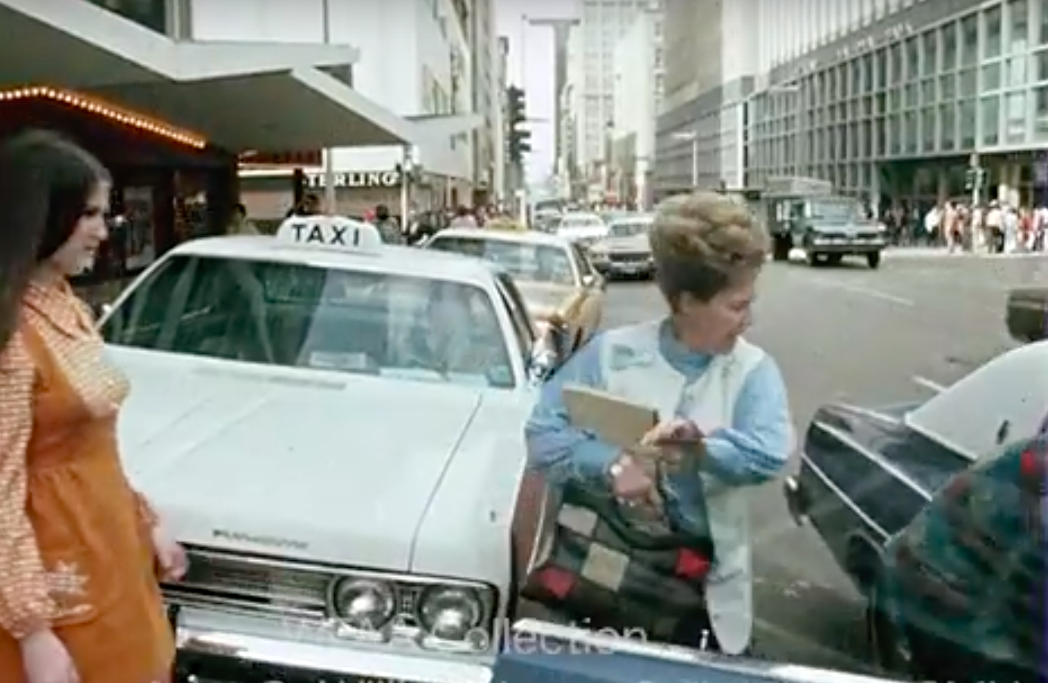 This guy, who is more hair than face (G): 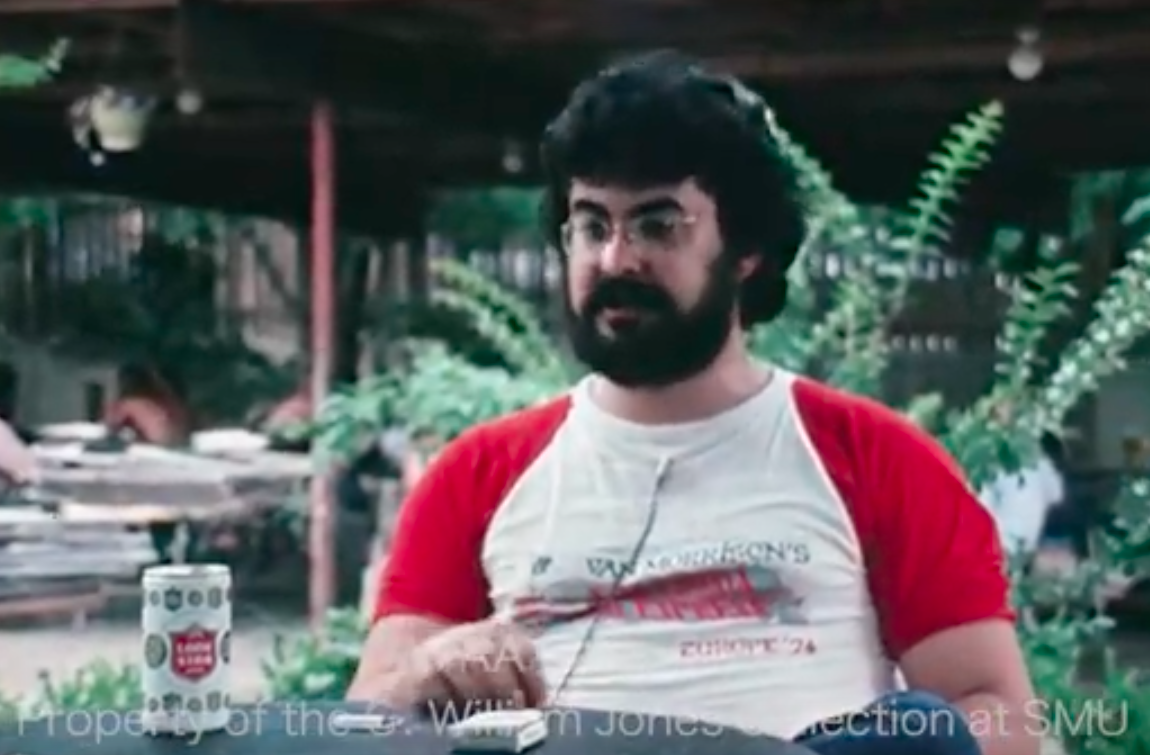 This woman who has a basketball on her head (H): 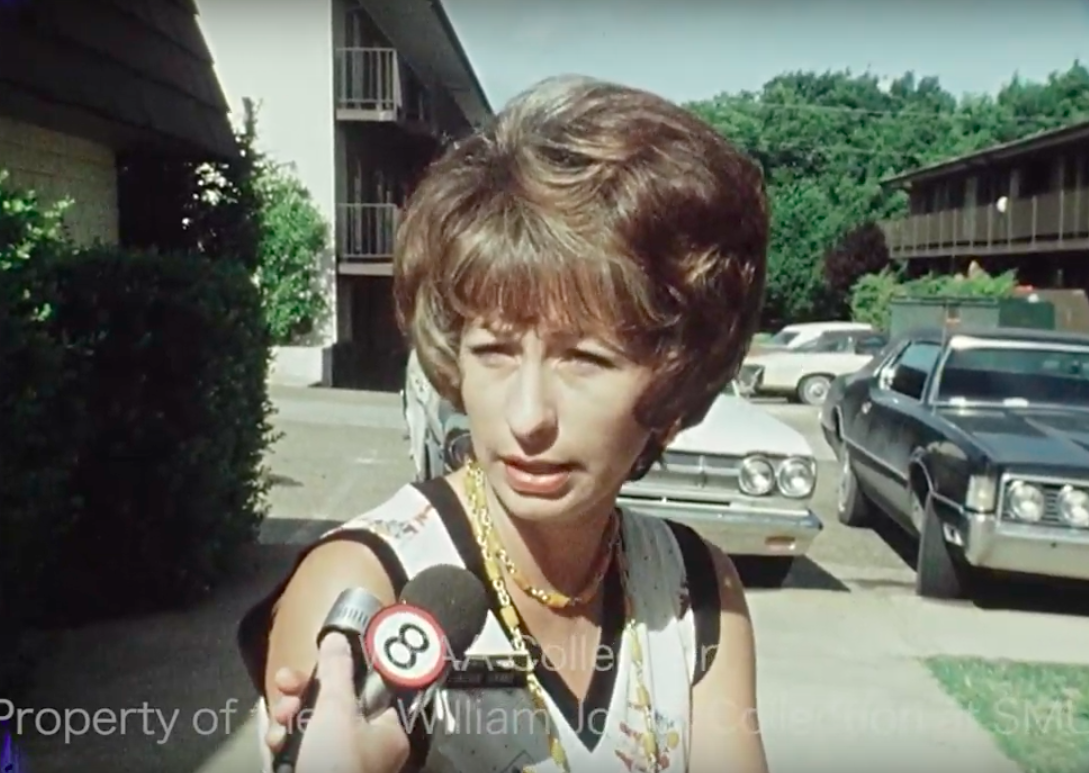 This fella in the middle, watching Nixon resign with a sort of dog-eared shag happening. Only 60 percent sure this isn’t my father (I): 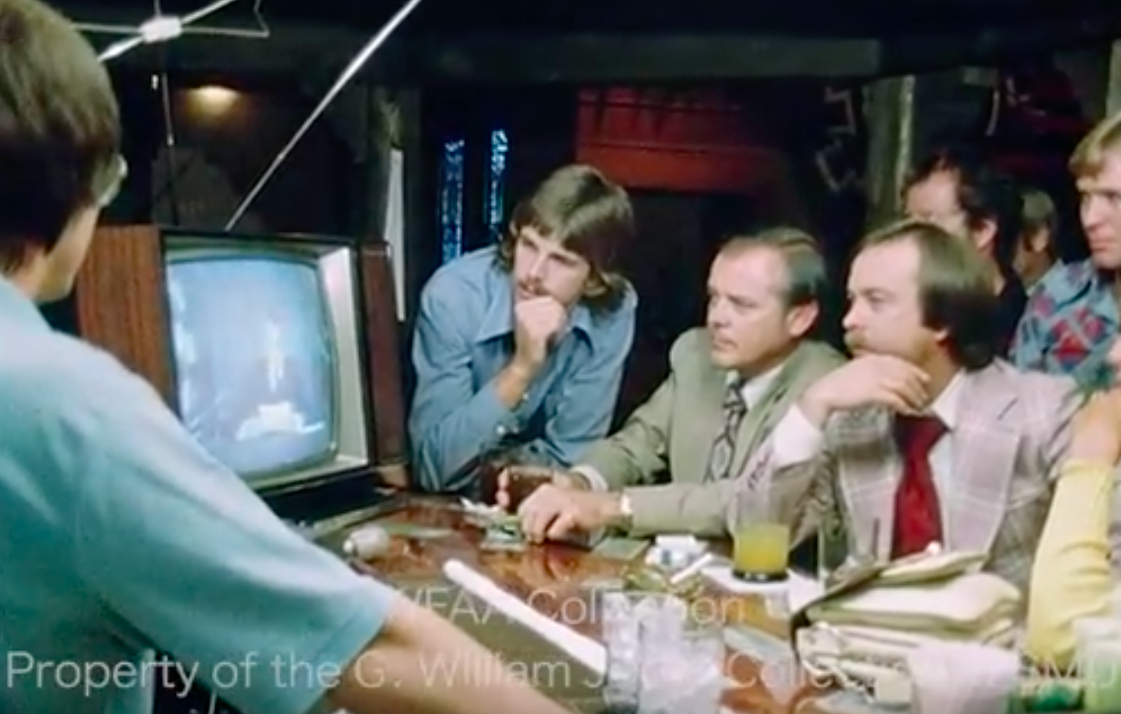 This reporter, who is judging you while you judge her (J): 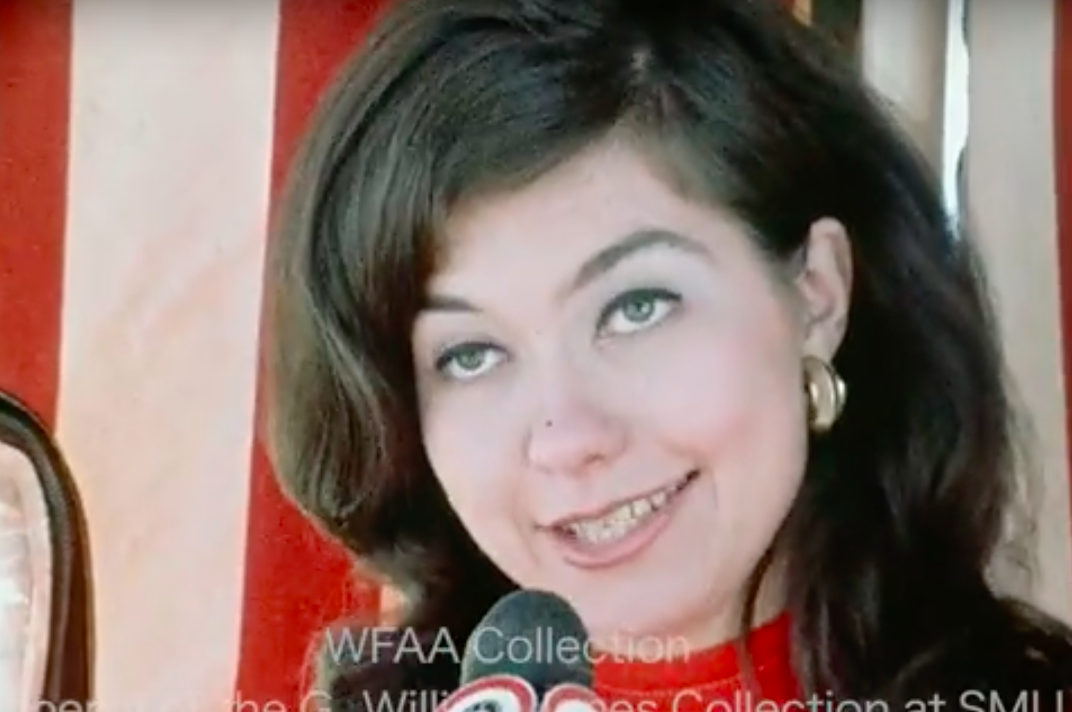 This guy, with the enviable shades (K): 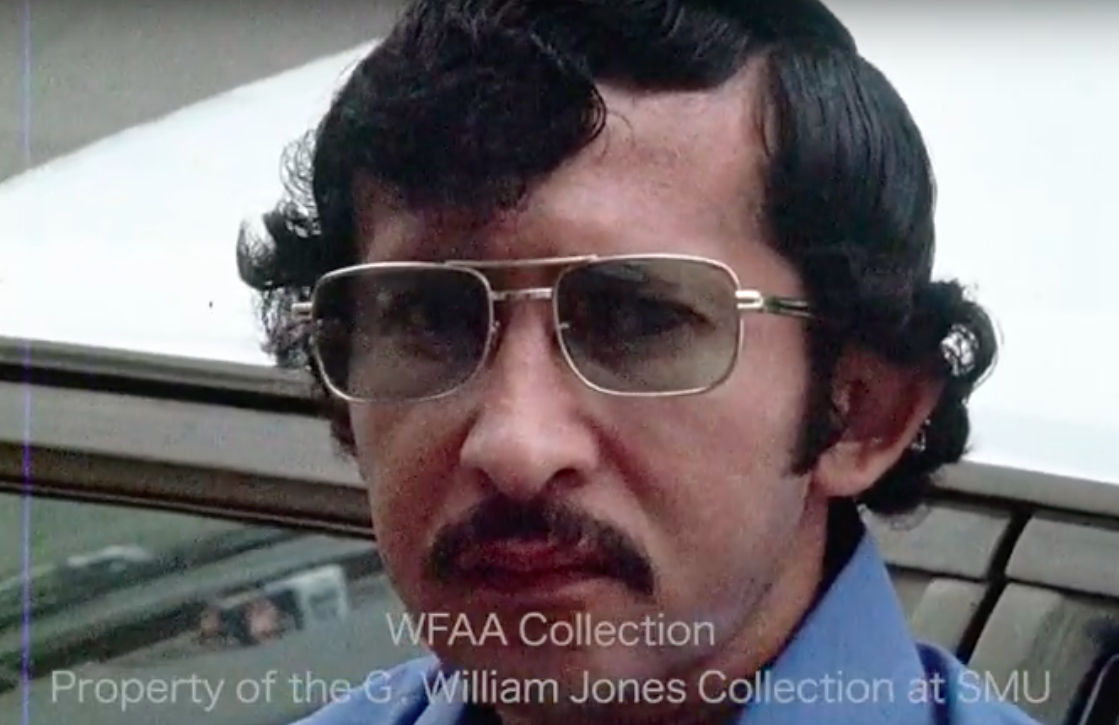 Or is it this gent, who just waited out a line to score Zeppelin tickets (L): 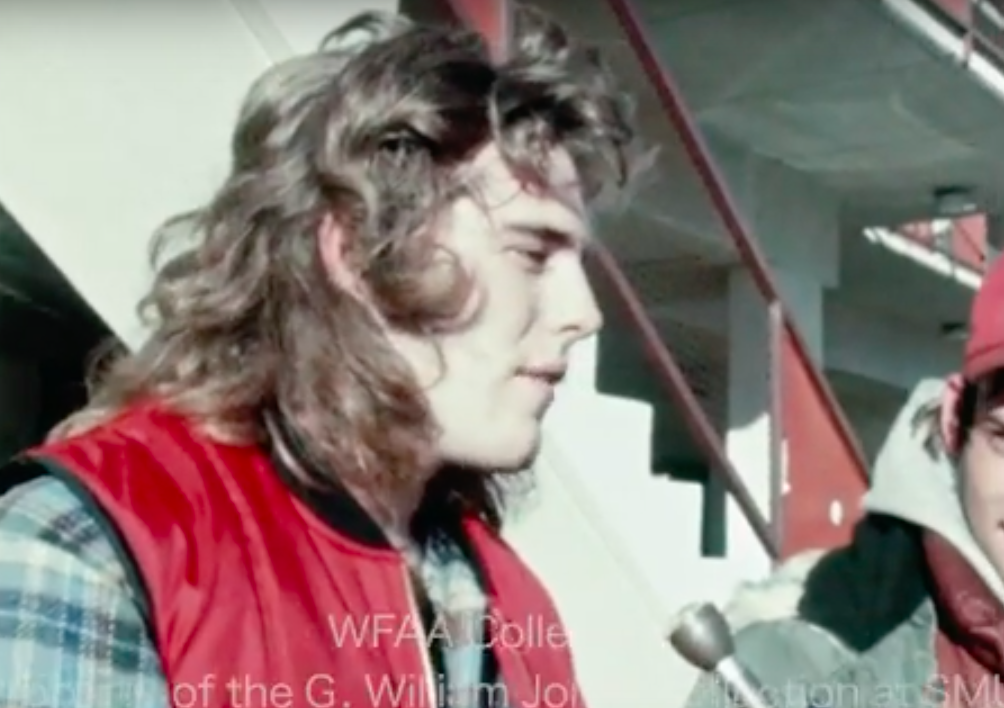