Update at 3 p.m.: She’s running. Dave Tarrant of The Dallas Morning News spotted her at City Hall filing to run. She had until 5 p.m. to do so. Here is her treasurer appointment form. The billionaire and noted Republican donor Doug Deason is her treasurer. His father, Darwin, lives behind the proposed development at St. Michael & All Angels Church, which is opposed by Miller. Buckle up.

Original: In 1997, Laura Miller announced her run for City Council on the cover the Dallas Observer. And so: 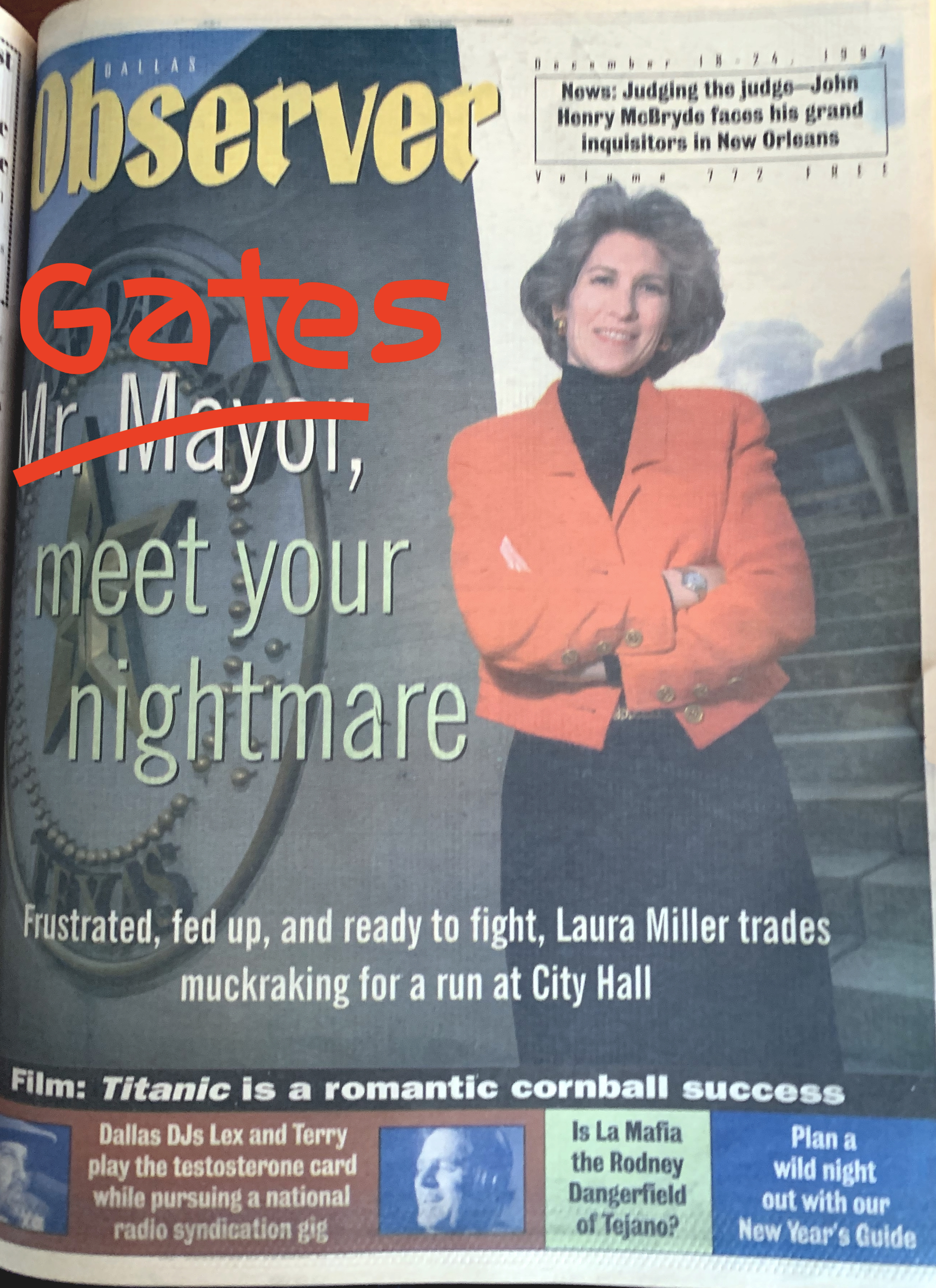