Enjoy unlimited access to all of our incredible journalism, in print and digital.
Subscribe Now
Advertisement
Holidays

For 39 years Dallas has staggered out to Greenville Avenue, the air thick with Guinness and Jell-O and good cheer, to catch a glimpse of the passing floats. This year, the parade topples over the hill, and the organizers have decided to pay tribute.

The 40th rendition of the St. Patrick’s Day Parade—excuse me, the Dallas Mavs St. Patrick’s Parade & Festival presented by the Dallas Mavericks—is set for Saturday, March 16, at 11 a.m. Mayor Mike Rawlings will serve as Grand Marshal. The parade route, which starts at Blackwell Street and goes to SMU Boulevard, is below this post.

Ghosts of parade’s past will float on by. In the precession will be the parade’s founder (one of D’s earliest staff writers and current contributor) Tom Stephenson, who founded the thing in 1979 as a way to get people into his bar, the Greenville Avenue Country Club. He ran it until 1987. You’ll have Amanda Ahern Terilli standing in for her dad, John Ahern, who founded the Greenville Avenue Area Business Association and presided over the parade from 1988 to 1990. Valerie Barrett (1991-1997), Jorge Levy (1998-2013), and Kevin Vela (current president) will also slide through.

Some added attractions this year include another exhibitor zone at 5521 Greenville Ave. and a concert filled with tribute bands playing all day, from noon to 7 p.m., off the Matilda Bridge and Mockingbird.

Final, somewhat related note: One time Tom Stephenson fought a bear at a St. Paddy’s parade in the 80s. It was part of a not-so-elaborate ruse to make money. We’re talking about a literal bear. You can read about it in our March issue of D Magazine, on newsstands next week, or wait until it’s online. Consider yourself teased. 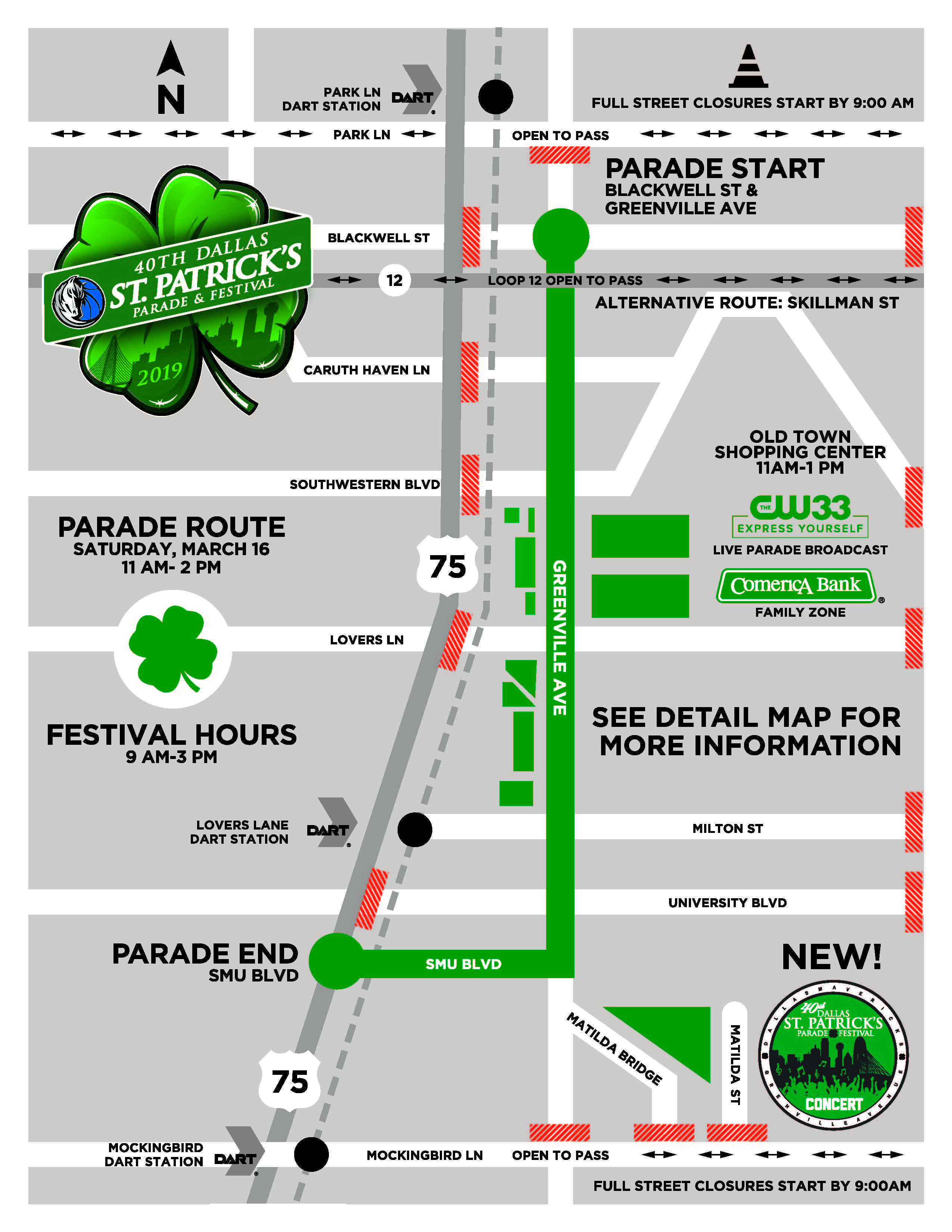