Those are Gov. Greg Abbott’s emergency priorities for the 86th Texas Legislature, which convened in January and ends in May. The emergency declaration allows the legislature to bypass the normal 60 day restriction on debating and passing bills. It also means lawmakers must pass those items or are forced to return for special sessions until these issues are solved. There are only 110 days left.

The freshman class includes a mix of familiar and new faces, such as Rep. Rhetta Bowers, a Democrat who ran for the southeast Dallas County seat in 2016 as well. Fellow Democratic Rep. Terry Meza ran three times—first in a primary then two times in a general election—before winning her seat, representing Grand Prairie and Irving.

Another Democrat, Rep. Carl Sherman, Jr. of DeSoto, succeeded longtime representative Helen Giddings. Sherman was the former mayor of that city. But most of his freshmen colleagues have never held public office. Rep. John Turner may be the most familiar name. He flipped the seat held by the Republican Jason Villalba, a current mayoral candidate who lost his primary to Lisa Luby Ryan.

But he may be the best known newcomer for two other reasons: he is the son of a former congressman who successfully represented multiple school districts in a 2014 school finance lawsuit against the state.

Bowers and Turner flipped open seats that have historically been friendly to Republicans. Others did, too. Like many of her freshman colleagues, Meza defeated an incumbent, Rodney Anderson. Sen. Nathan Johnson of Dallas knocked off Don Huffines. Democrat Rep. Julie Johnson of Carrollton defeated incumbent bomb-thrower Matt Rinaldi of Irving. In one of the biggest election night surprises, Rep. Ana Maria Ramos knocked off Linda Koop.

Dallas County saw one of the highest number of legislative pickups in the state, all benefitting Texas Democrats. In total, the party flipped two senate seats, 11 house seats, and seized control of the U.S. House. The Dallas delegation includes 10 women and seven men, 11 of whom are people of color. Two are lesbians.

If the Texas Democratic caucus is emboldened, it has Dallas County to thank. With its help, Dems flipped one of two congressional seats and scored more than half of the party’s state level wins. Democrats may control the U.S. House, but in Texas, they are still in the minority.

While the partisan shift and large crop of freshmen empowered Democrats, it significantly diluted the delegation’s institutional memory. Legislators only have two months to hire staff, analyze possible bills, and even figure out the office nearest the bathroom. It’s a learning curve. 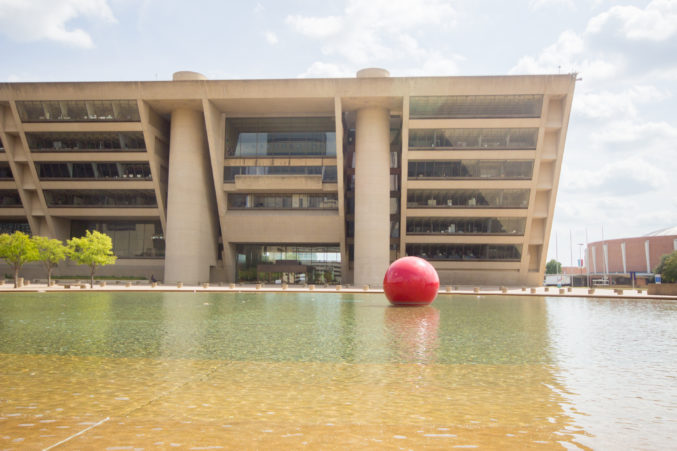 Dallas City Hall will be watching closely—some in the legislature want to block the appraisal district’s ability to raise property taxes by more than 2.5 percent, which would have significant repercussions on the city’s operating budget. Photo by Kelsey Shoemaker.

“For freshmen, the key is showing up, being informed, and asking questions in committee and on the floor,” said Chris Wallace, the president and CEO of the North Texas Coalition, a consortium of local governments, universities, chambers of commerce, and corporations across 13 counties.

The other key: getting constituents to show up and advocate for legislation.

His organization is planning organized oppositions to municipal revenue caps and discriminatory legislation, such as last session’s so-called bathroom bill that restricted transgender individuals’ public bathroom access. The bill died in the House, and the author, Republican Ron Simmons, lost last November to Rep. Michelle Beckley. The issue is not expected to be among even the most ardent conservatives’ priorities this session.

But the real stalemate is a proposal by Abbott, Lt. Gov. Dan Patrick and state Rep. Dennis Bonnen, the new House speaker. They’re proposing to cap the amount municipalities can increase property taxes at 2.5 percent, a dramatic drop from the current 8 percent. If cities want to increase taxes beyond that, they must call an election.

Proponents argue that capping the rate will slow the rapid rise of property taxes. Opponents argue the caps will threaten essential services, such as public safety, by causing city budgets to plummet. They also add that property taxes would lower if the state paid its share of public school budgets. Senate Bill 2 addresses those issues, and allows the possibility of the state to use revenue to shore up public school funding. It is expected to pass committee this afternoon.

This isn’t the only issue pitting local officials against their state delegation. Look at the statute in the state constitution that allows cities to grant economic incentives to businesses. It’s up for renewal this session—and has earned the ire of the hard right of the Republican Party. They call the incentives “corporate welfare” or “handouts.” Those incentives may include significant tax incentives to companies looking to relocate headquarters or operations. But contracts may also require a floor for contracting with minority owned businesses or employing a certain number of residents.

With all those issues ahead of them, freshmen, who are normally supposed to sit at the back bench, are running the Iron Man of the legislature. Not all freshmen choose to watch. Rep. Victoria Neave, a sophomore Dallas Democrat from a swing district, passed a bipartisan bill last session that allows Texans to donate to a fund to boost testing for the backlog of rape kits. It was even lauded by Abbott in his speech last week.

Still, Wallace said the lack of seniority in the congressional and state delegations requires longtime representatives—like state Rep. Yvonne Davis, who was elected in 1994, and Sen. Royce West, elected in 1992—to carry more weight. The two are the longest serving members from either party in the North Texas delegation.

“We had turnover, but we welcome new ideas and viewpoints. But with the lack of seniority at the federal and state level, we’re working with Congresswoman Eddie Bernice Johnson, as well as the Republican ranking member on Appropriations, Congresswoman Kay Granger of Fort Worth, and Congressman Marc Veasey, whose district includes Dallas and Fort Worth,” West said. 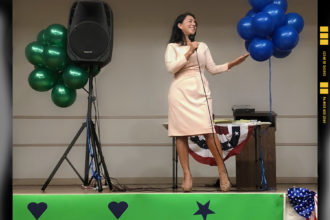 State Rep. Victoria Neave wasn’t content to sit and watch during her freshman term. She earned bi-partisan support for a bill that helped Texans donate to solve the rape kit backlog.
Eric Celeste

Even with the influx of new members, the anticipated Democratic takeover of Congress meant U.S. Rep. Pete Sessions, whom Allred defeated, probably would have lost his longtime chairmanship of the House Rules Committee. The dearth of Texas chairmen is not limited to North Texas; the Democratic takeover even caused rural congressmen in safely Republican districts to lose chairmanships as well. If elections have consequences, Texas felt the sting for sure.

But to Dale Petroskey, the president and CEO of the Dallas Regional Chamber, the freshmen may have a lot to learn about the complicated legislative process. “But they are not new to the issues important to us. Their past experience is critical to helping us ensure legislation passes that will support growth in the region,” he said.

These organizations, which represent governments and corporations in the region, do not endorse in elections. So they were prepared for any electoral outcome.

“Before the end of the year in 2018, we had the opportunity to meet with members of the Dallas Delegation and share information on various issues like school finance reform, higher education funding, economic development programs, and mental health funding needs in the region,” Petroskey said in an e-mail.

Jeff Kitner, the chief operating officer of the North Dallas Chamber of Commerce, said the elections did not change their legislative strategy. “We’ve been fortunate that our new members have been engaged with us going back to before they were all elected. We made it a point to try to meet with all of the candidates within our geography in advance of the November election, and that gave us a head start in working with the newly elected officials,” he said.

“Our focus has always been on pro-business legislation and making Dallas a better place to live, work, raise a family, and build a business, and we’ve seen that our local elected officials generally share these priorities as well.  While it’s different having so many new legislators – both at the state and federal level – we’re fortunate to have leaders in both political parties who are supportive of what we’re trying to accomplish,” he said. “All have been actively involved with our Chamber and participate in our events, and meet with our Public Policy Council,” he said.

Rafael McDonnell, the communications and advocacy manager for Resource Center, a regional LGBTQ center, said the partisan change did not entirely impact his advocacy for nondiscrimination or anti-bullying bills. “Certain members were more receptive than others,” such as Koop and Villalba, he said. “But we now have members of our community making sure our voices are heard,” he added, referring to Gonzalez and Johnson.

With the session just now underway, he is prepared to play offense or defense.

“We’re still waiting with bill filing, but I honestly think we can’t let our guard down during session,” he said. “It’s no cake walk, even with a larger Democratic delegation.”

Even in 2009, when Democrats were two seats away from seizing the majority, LGBTQ bills did not get much traction. In 2011, when Republicans had a supermajority, most bills were dead on arrival. The largest number of anti-LGBTQ bills in recent memory came in 2015. And the bathroom bill dominated last session. But advocates like McDonnell argue more bills could be filed and pass, just like the law last session that now allows religious foster care agencies to refuse couples from adopting, also known as a “religious refusal bill.” In that case, the importance of seniority is lost.

Former Rep. Alonzo served on the powerful Calendars committee, which sorted the daily agenda. Members could “tag” bills, delaying them from reaching the floor. While that bill could not be stalled –– two of the authors served on the committee last session –– McDonnell now needs to find other avenues to kill bills.

He has until May.