The holiday season is often a time to reflect on the past year as we prepare to embrace the year ahead. It’s also a great time to consider holiday seasons in past decades of Dallas history. And while we’re now just over a week past Christmas, it’s still cold enough outside that we can revisit what our city looked like around this time in decades past.

Through the years, Dallas streets and businesses have been decorated many ways to celebrate the holidays. The photograph above this post, titled Main Street decorated for Christmas, is one of several images taken on January 2, 1959 that depict street view decorations in downtown Dallas. The photo is part of the Greater Dallas Chamber of Commerce Collection.

These photographs are part of the Dallas Public Library’s Dallas History and Archives Division holdings. The various collections within the Archives Division include a number of historic photographs, some of which are available to view in the library’s online catalog. A 1951 photograph from the Interstate Theater Collection of Christmas on Elm Street looking west at the Harwood Street intersection depicts a bustling street scene during the holidays. (Usage rights prevent me from posting it here, but you can see it through that link.)

This time of year traditionally racks up big retail sales. Of course, this means there is a long history of store displays that showcase trendy new toys and products. Several great examples are shown in this undated photograph of two children viewing Christmas toys through a department store window. 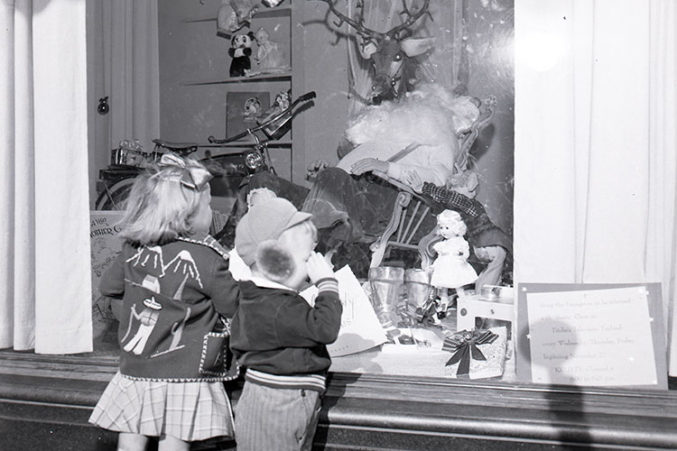 Thousands thronged the downtown A. Harris & Company store as they introduced the concept of an ethereal and fairyland Christmas. The Hayes Collection photograph is from November 10, 1953. 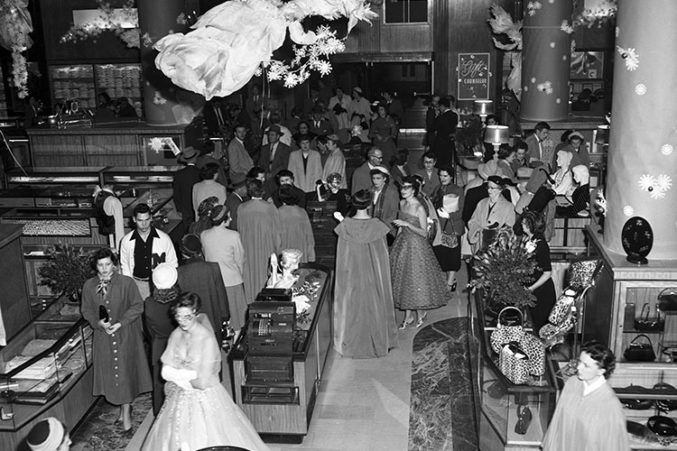 Thousands thronged the downtown A. Harris and Company store as they introduced the concept of an ethereal and fairyland Christmas, November 10, 1953. (PA76-1/16426.1, from the Hayes Collection, Dallas Public Library) 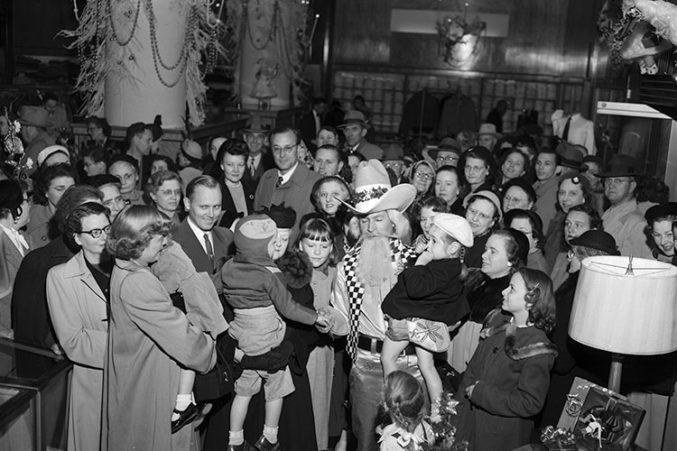 According to Dallas Morning News articles from the period, the character was inspired by the company’s vice president, Leon A. Harris, Jr. who wrote ‘Twas the Night Before Christmas in Texas, That Is. The department store named its toy area the Josh Jingle Toy Shop and a recorded musical version of the Texas tale could be found in the store’s record shop. The character also made charitable appearances in the 1950s, including at Scottish Rite Children’s Hospital.

Historic photographs taken by prominent Dallas photographer Marion Butts documented life in the African American community in Dallas during his lifetime. This Marion Butts Collection image from circa 1971 shows American Legion Post 802 members with their families around the Christmas tree. 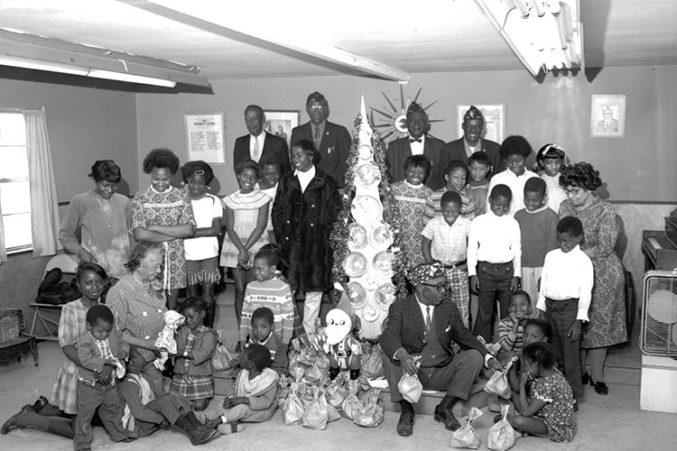 American Legion Post 802 members with their families around the Christmas tree, circa 1971. (PA2005-4/815.2, from the Marion Butts Collection, Dallas Public Library)

Another holiday image taken by Marion Butts in 1947 is titled Christmas debutantes, which also has historical value as an example of women’s history in Dallas. 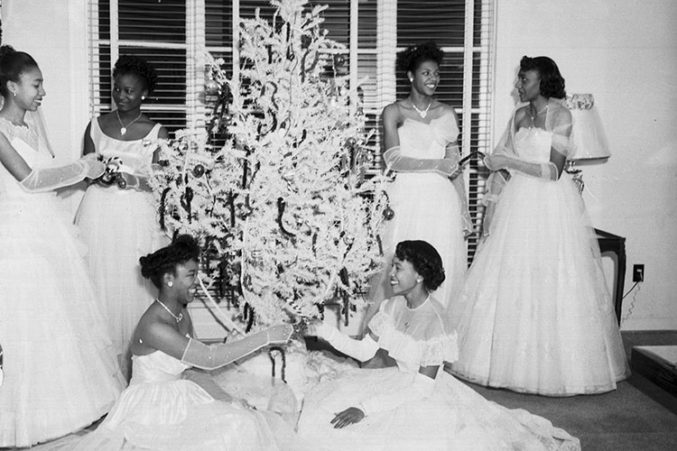 Interested in learning more? Try searching online in the catalog. Go to “Advanced” and use the “Limit By” option to select “Digital Archive” then type in your topic.