A riddle: What happens when you cram more bicyclists onto streets without bike lanes?
By Shawn Shinneman | January 17, 2019|12:14 pm
Advertisement

If there was not enough evidence already to illustrate the disaster of Dallas’ brief experiment with share bikes, let us submit one more point. Below, courtesy of a tweet from Dr. Rob Rasmussen, a resident at UT Southwestern Medical Center, we see a spike in fatal bike crashes last year. 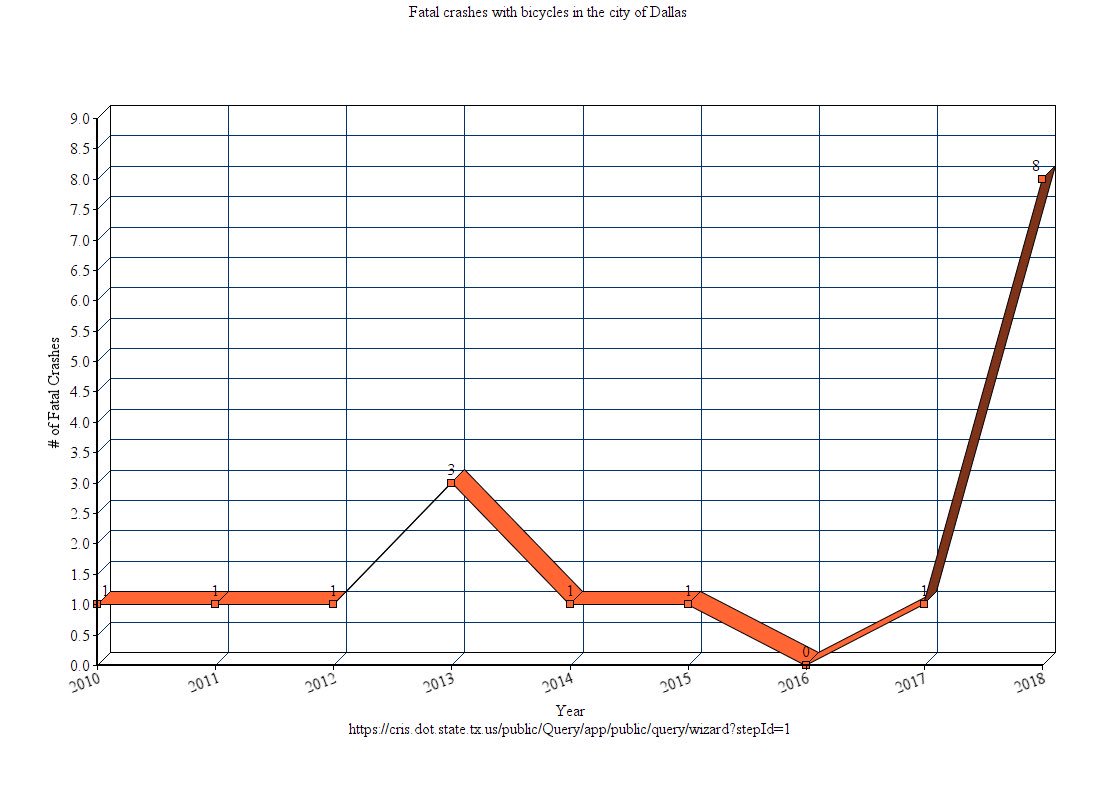 The chart might look slightly more daunting than it is—we are talking about a jump from about one death a year to eight. But that’s of 17 total fatalities since 2010. Not nothing.

I poked around in Texas Department of Transportation data a little further and, in addition to confirming Rasmussen’s numbers, you can see the fatality spike is accompanied by a jump in the number of total injuries.

There’s a no duh aspect here, of course. When more people are on bikes, more people will get injured falling off bikes. But perhaps the city could use this data to help justify much-needed bike lanes. Dallas PD Bike Sgt. David Crowley answered Rasmussen by saying he’ll try to find an answer, or answers (I’ve reached out to get Crowley on the phone, and I’ll update here if and when I hear back). I hope he does. Bike share may be ostensibly gone—although, it’s making a comeback now, featuring motors—but many of us would like to keep scooters around. This sort of data doesn’t help.

Dallas’ most important news stories of the week, delivered to your inbox each Sunday.
Bike Share