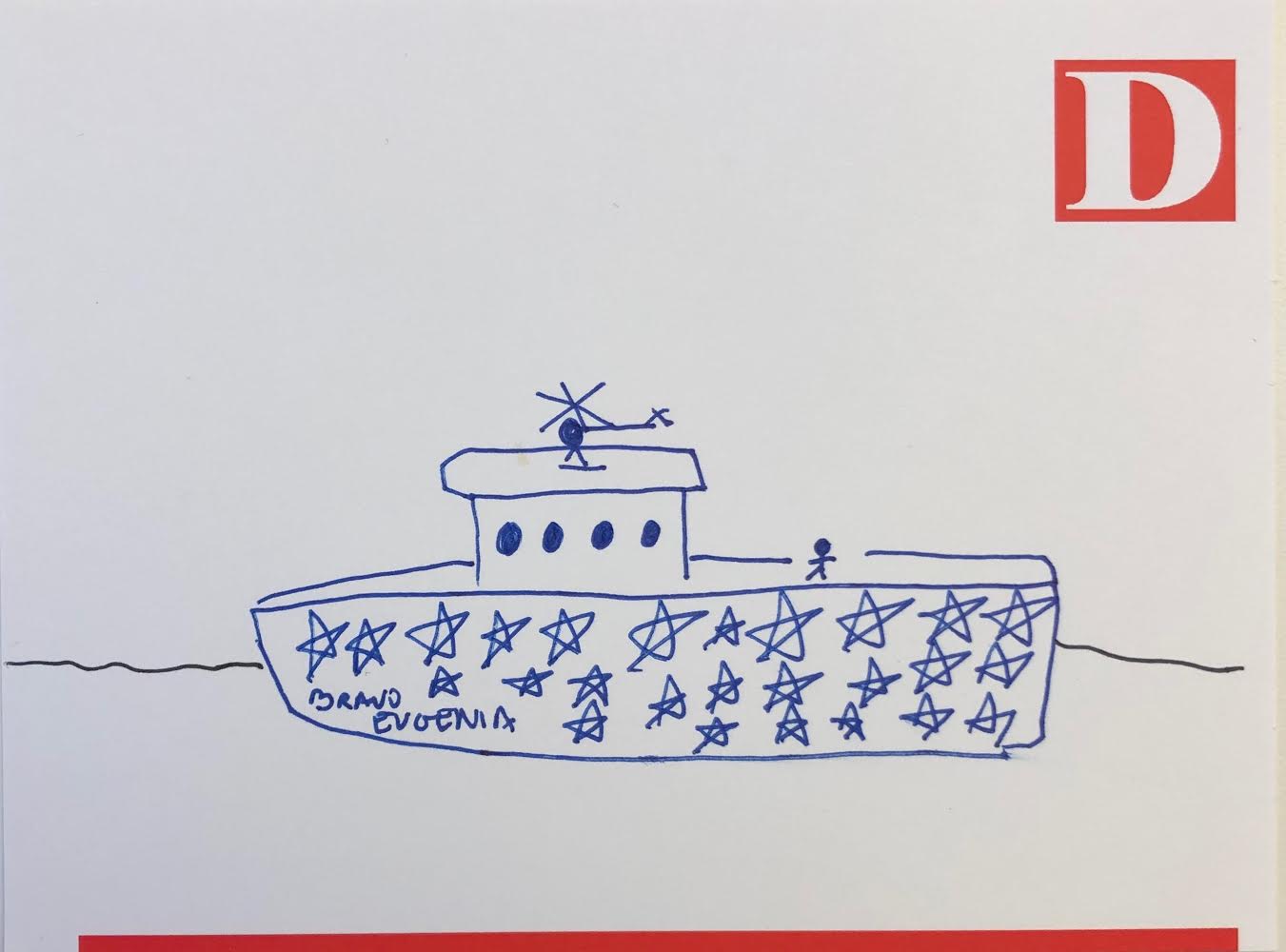 Jerry Jones’ superyacht, Bravo Eugenia, has already been in two separate Leading Off posts, so naturally it is time to really blow it out. That is an industry term. “Blow it out.” Sorry for using jargon and for using it right away. I know that can be intimidating to the reader.

Anyway, yes, Jerry Jones bought a superyacht. It’s 360 feet long, it has a helipad, and it cost $250 million. Very few people in my estimation — and, remember, I am but a simple tree farmer — need a yacht. At least to own. Not really. And the only people who need a superyacht, a boat that costs $250 million, are supervillains. Is Jerry Jones a supervillain? I’ve tackled this before and the answer is probably “yes.”

Why is this Bravo Eugenia so expensive? (Sidebar: Bravo Eugenia is kind of an elegant name for such a display of conspicuous consumerism.) Is the hull covered with Swarovski crystals? Does it have mink carpets? Does it have floors made out of actual living but presumably sleepy or drugged or just really well-trained minks?

Does it have a small pond on board filled with Johnnie Walker Blue? Does it have a small theater below decks where actor Josh Lucas has been hired to do a one-man show based on his part in the remake of Poseidon? (Second sidebar: I can only assume Lucas is down on his luck based on his whoa OK wow he let himself go appearance in the forthcoming Breakthrough, which seems like a movie that will only be attended by church groups who rent out the entire theater.)

Will it still float with all of the art that is no doubt on board?

I probably have 50 more questions about this boat. But I’ll finish with this one: how are they going to get it into Lake Lewisville?