Neurosurgeon Christopher Duntsch, the first doctor to be convicted for aggravated assault related to the care provided in his operating room, lost his appeal this week. His conviction was affirmed by Justices Douglas Lang and Robert Filmore in the Fifth District Court of Appeals. Justice David Schenck dissented.

The affirmation means that Duntsch’s life sentence will more than likely stand; he had 15 days after the Monday ruling to appeal further. You probably know him as Dr. Death, a nickname we came up with for our cover story in November of 2016. Wondery then took that moniker and ran with it, producing a popular Podcast earlier this year about Duntsch and his victims under the same name.

Duntsch’s case is a depressing and frustrating one. It’s also salacious. By the time he found himself in court, charged with five counts of aggravated assault with a deadly weapon and one count of injury to an elderly individual, prosecutors had identified nearly three dozen people who had been harmed under his knife. They ranged from Kellie Martin, who bled to death after a relatively common procedure called a laminectomy. He sliced Floella Brown’s vertebral artery, causing massive bleeding and fueling a stroke that later killed her. Others suffered severe nerve damage after Duntsch procedures. Some can barely walk years after their operations.

Duntsch was charged with those six counts, but tried on only one: the charge of injuring an elderly patient. Mary Efurd, then 53, was to have two vertebrae fused, linked by a metal plate. She woke up screaming and in severe pain. Another neurosurgeon who was called in for corrective surgery would testify that the spinal fusion hardware had been left in her muscle. The nerve root had been severed. Her spine was pockmarked with screw holes, and a screw had been lodged in another nerve root near the bottom of her spine.

The deadly weapon were his hands and surgical tools and a pedicle screw. Generally, the state would only be allowed to enter in evidence pertaining to that one case. But prosecutors argued that evidence was admissible—they’d have to prove that Duntsch intentionally and knowingly caused this harm, and they could only do so by showing the totality of what he has been charged with. In lawyer speak, it’s called pattern of conduct, and the judge ruled during pre-trial that the evidence from those other cases was indeed admissible. 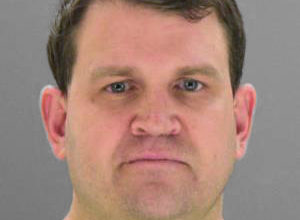 A past mugshot of Dr. Christopher Duntsch.

In the courtroom, it was clear that the defense planned on appealing a guilty verdict. The three members of the trial team objected to each witness who brought evidence regarding anything other than Efurd’s case. They were overruled each time. The defense appealed based on three criteria: that the state “failed to prove a culpable mental state beyond a reasonable doubt;” that the state used testimony from other procedures to secure the conviction; and that the state improperly entered into evidence a salacious, drug-referencing email that had nothing to do with Efurd’s surgery and that played heavily in closing statements.

Two of the justices shot down all three of those. Lang and Filmore found that the cases were related, because it allowed testimony showing that any reasonably educated neurosurgeon would’ve been able to ascertain the likelihood of another operative injury. Duntsch came with a high pedigree—he earned both a PhD and an MD from the University of Tennessee Health Science Center as well as recommendations from its most renowned neurosurgeons, most notably Dr. Kevin Foley, whom he once served a fellowship under.

The opinion also ticks down all the testimony from nurses and anesthesiologists who questioned his behavior, who stopped him from operating, who fought him on where to place the hardware on the spine. Putting all that together, the justices ruled that all the evidence beyond Efurd’s case was related to proving that Duntsch knew what he was doing, which is what the state needed to prove to get the conviction.

As for that email—this was the one he sent in the early morning hours to his nurse assistant, where he declares, “I am ready to leave the love and kindness and goodness and patience that I mix with everything else that I am and become a cold blooded killer.” The justices ruled that this helped the jury understand intent, despite it being extraneous to the surgery itself.

But there was one dissenter. Schenck quickly rejects two of the three claims, regarding whether all the testimony beyond Efurd’s operation was actually admissible. He agrees it was. But he’s interested in the portion about mental state and intent. This was always going to be a tricky case for prosecutors to win. While there was circumstantial evidence that Duntsch used drugs the night before some operations, he’d duck drug tests. He apparently failed one in college in Tennessee, but the university hid behind student confidentiality laws and wouldn’t release the results. The prosecutors had no hard evidence of drug use. 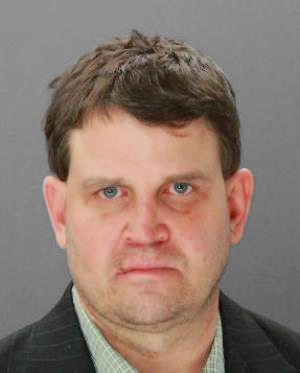 So they had to focus on his incompetence. They needed to prove that Duntsch’s education was enough to know that he was likely to continue to cause harm. He’d be asked to leave hospitals and voluntarily resign, using a lawyer to help him get privileges at another facility. (The most egregious of this was after Kellie Martin bled out in Baylor Plano. The hospital gave him a letter stating, “There have been no summary or administrative restrictions or suspensions” against Duntsch despite him having been suspended from practicing. Baylor Plano has not spoken publicly about Duntsch, and denies any wrongdoing.) Prosecutors basically turned the courtroom into an anatomy class, giving the jury hours and hours of testimony from neurosurgeons like Dr. Robert Henderson, who helped jurors understand the makeup of the spinal column as well as what should happen in the procedures in which patients were harmed.

It was thorough, repetitive, and at times quite dry. It did the job for the jury, and it got the conviction. But Schenck questions whether the evidence supports anything beyond criminal negligence, as the “actor fails to perceive risk.” He writes of the “groundbreaking prosecution,” saying “appellate courts in this state have never been presented with a case like this before.”

“Although certainly convincing, given his credentials and confidence, [Dr. Henderson’s] opinion that appellant must have known he was harming Ms. Efurd amounts to speculation,” Schenck writes. “What this evidence cannot show is knowing conduct.”

Alas, Schenck was in the minority. Duntsch will likely be going to prison for life—he can appeal to the Texas Court of Appeals, but it doesn’t have to take his case.

While Duntsch is away, what the case doesn’t address is the system that allowed for this. He trained in Tennessee and received recommendations from his professors after his graduation. Here is one from Dr. Jon Robertson, the department chairman at the time: “His work ethic, character, and ability to get along with others were beyond reproach.” Baylor Plano hired him.

After Martin died and he was suspended, they issued the letter that got him temporarily credentialed at Dallas Medical Center. He was allowed to practice there before he was vetted: one person died, and Efurd suffered life-altering pain. Nurses and anesthesiologists stopped him in operating rooms, but administrators overlooked these concerns. The Texas Medical Board took nearly a year to revoke his license.

Duntsch was something of a perfect storm for a system that lacked the preparation to stop it.