As you know by now, Amazon is headed east to New York and Virginia, lured by some $2.5 billion in incentives, helipads, and access to talent. Good for them! Good for us: Now we get to sit back and watch as the details of the the attempts to land the behemoth spill out. There are already some interesting ones.

Before we get to those, let’s look at the way the dailies of the two Texas cities who were still in the running handled the news. It’s an interesting contrast. In Dallas, we’re, OH NO! In Austin, they’re, Whatever. 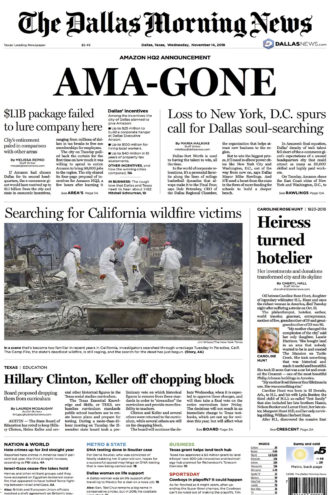 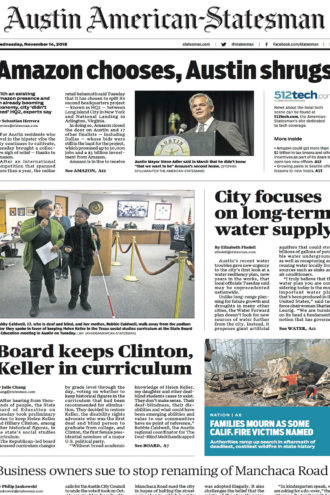 Before we get to the incentives, let’s take the temperature of the room.

(Just because Election Day is over doesn’t mean you can’t vote. Thank you in advance for fulfilling your civic duty.)

Now to the incentives. I’ll try to keep these updated, because a lot of municipalities are yet to release the information. So far, some offers are creative, some jaw-dropping, and some come off desperate and make you shrug, not unlike Austin.

Free hotel stays: 2,000 free nights at the Omni, courtesy of the city of Dallas.

“Amazon Go Team”: A city-funded concierge service. From the proposal: “A permit is being held up? Got a zoning issue? Need to know where to get the best barbecue in town? Call the Go Team.” (Dallas)

Helipads: Bezos will get taxpayer-funded helipads in New York and Virginia.