Fort Worth Police Chief Joel Fitzgerald is leaving to be the police commissioner in Baltimore. Fitzgerald arrived in Fort Worth in 2015 after previous chief stints in Allentown, Pennsylvania, and Missouri City, just outside Houston. Now, he’ll take over a department that needs a lot of help.

BPD has been looking for its next police commissioner since May, when Darryl De Sousa stepped down amid a federal investigation into his spending habits. He’d lasted only a couple of months; previous commissioner Kevin Davis was fired in January.

In a flourish of bureaucratic understatement, the ad seeking candidates to become Baltimore’s next police commissioner described the job as “a challenging position.” 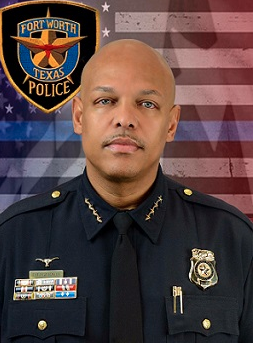 It’s not just the unflattering departures, of course. In 2015, Baltimore became one of the first sites of a new wave of protests against police brutality following the death of Freddie Gray, protests that led to court-enforced police oversight. Fitzgerald tells the publication that most chiefs “would jump at the chance to be part of the healing.” The Sun’s profile also includes this tidbit, and I include it with the caveat that there are others in the piece who speak highly of the chief:

Michael Bell, a pastor who was on the committee that interviewed Fitzgerald for the Fort Worth job, said he started out as a promising leader in Fort Worth. But, Bell said, Fitzgerald bungled handling of a high-profile arrest involving a white officer and a black woman and undermined efforts to repair ties between minority residents and the police.

“Joel Fitzgerald was a disaster for our community,” he said.

Bell is likely referring to the 2016 arrest of Jacqueline Craig. Fort Worth faced criticism for the handling of officer William Martin, who can be seen tackling Craig in a video that went viral. Martin was suspended 10 days without pay.

The Sun‘s story can be found here. If you’re wondering, the pay in Baltimore figures to be just a notch higher: De Sousa’s contract was for $210,000 per year over four years, while Fitzgerald was making a $205,000 salary in Cowtown.