The decades-long saga over what to do about Fair Park came to an end today, with a unanimous City Council vote that hands the park’s operations over to a company named Spectra that manages public spaces like these all over the world.

Fair Park has for years been a decaying shell of what it could be, an art-deco mausoleum that sat mostly empty in the nine months that the State Fair didn’t have control of it. (Note that the fair operates for just three weeks.) There are beloved resident institutions here—the African American Museum, Dallas Summer Musicals, the Dallas Historical Society, to name a few—but they’re housed in crumbling buildings that the city could never generate enough revenue to fix. Even with bond dollars.

It’s been a contentious road here, full of speculation, mistrust, denials, and political maneuvering. But this new round has, thankfully, has been spared of much of that. Since the Park Board stamped its recommendation on the deal and sent it to the City Council with some tweaks back in September, there haven’t been public outbursts. Most council members may have had some reservations, but they often spoke publicly in favor of getting the deal done. 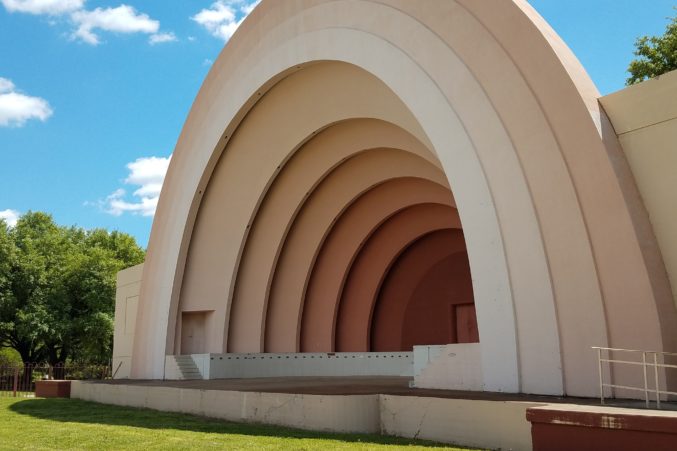 Sure would be cool if the beautiful Fair Park Band Shell was being put to regular use. Photo by Alex Macon.

The City Council on Wednesday approved a new management contract with an entity known as Fair Park First, a nine-person governing board that will subcontract with Spectra, a Time Warner subsidiary that has made its name operating public spaces like these. They’ll receive a management fee, but all excess revenue it generates will either go toward operations or back into capital improvements in Fair Park, a recommendation that came from the Park Board.

The city will pay the company $35 million over the next 10 years—which saves about $8 million annually from what Dallas was currently spending—and Spectra has promised to rejuvenate the 277 acre space, and include the surrounding community. They’ve spent months explaining to the city their track record in working with promotors and managers to attract events and create new ones that will generate dollars and get people to Fair Park. They’ve vowed to create a $1 million fund for scholarships for local students.

They say they will hire many existing employees as well as workers from the surrounding neighborhoods. Spectra must also meet performance metrics for attendance, fundraising, revenue, and draw up a capital improvement plan. Nationally renowned Biederman Redevelopment Partners will design and build a park (or parks) within its boundaries. Fair Park First will oversee all of this progress. There’s oversight for the city, too. The Park Board will be briefed quarterly for the first two years. They’ll also have to get both Park Board and City Council approval before beginning any capital improvements that cost more than $250,000 or sell off any naming rights.

“At the end, I think we got a better product than anything I thought we could get,” said North Dallas council member Lee Kleinman.

This long road—which seems like it stretches from here to, oh, I don’t know, Canada—was made possible by the vigilance of the new reform-minded City Council and their park board appointees, as well as a host of neighborhood associations and activists who have been involved in the process.

In 2014, a task force commissioned by Mayor Mike Rawlings envisioned “a park for all people,” with “dog-walkers, sunbathers, and ball players” zipping in on a DART train or their bikes and mingling among tourists “from far-flung nations and all corners of the United States.” At night, imagine “a quinceañera, a lecture by a renowned scientist, a high school athletic competition, and the performance of a smash Broadway musical.” This vision, the pamphlet went, “requires a formidable governing body and sustained funding to leverage these assets and advance it to its rightful place among the country’s greatest greens.”

Rawlings nudged longtime Hunt Oil Chairman Walt Humann into the limelight, and he agreed to be that operator. Back then, he wanted between $25 million to $35 million to run the place. The Park Board balked at this management agreement when it came to them in 2016. Councilman Philip Kingston, of downtown and Uptown and East Dallas, started asking questions about the arrangement’s legality and referred the matter to Larry Casto, then the city attorney. Casto found that handing over the reins to Humann violated state law. Fair Park’s privatization would be put out to bid.

The city got three bids, including one from Humann, who dropped his price down by about $10 million a year. But it was still far more than what Spectra presented (like over $100 million more). These other two bids, including Oak Cliff developer Monte Anderson, simply couldn’t measure up.

What Spectra vows to bring is actually quite similar to the idyllic version of Rawlings’ task force. In fact, the plan dovetails with what some longtime critics have called for. It is actually quite similar in theory to what former Trammell Crow CEO Don Williams—one of the greatest thorns in the State Fair’s side, who helped vocalize concerns about the legality of handing over Fair Park to Humann without bidding—advised the city do around the time all this came about: make the building improvements, then build revenue through events that make it financially solvent. In a nutshell, that’s what Spectra has proposed. 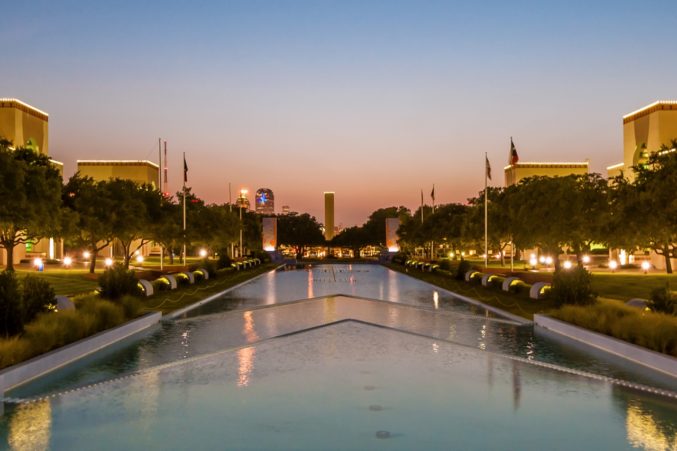 There are still questions about how to fund all the necessary capital improvements; a study by the firm AECOM estimates the cost at $250 million. But many of the Council’s questions about nepotism seem answered. The Fair Park First board adjusted its bylaws to block anyone from joining who has a financial relationship with an entity located on the 277-acre campus. They instead created nine advisory boards to house those folks. (True to his word, Dan Biederman, president of the company that’s building the community park, has already resigned his spot on the board.)

Fair Park First has vowed to extend the contracts for resident institutions for the 20 years that the City Council approved this deal for. The city will begin re-negotiating a parking contract with Dallas Summer Musicals, which expires in November. The State Fair, however, has indicated that it does not plan to transfer its contract to the new entity and will instead negotiate it with the city. That expires in 2028.

“Fair Park First has expressed that they want to continue to work with the Fair Park resident institutions for the life of their contracts,” said Elizabeth Reich, the city’s chief financial officer.

Council member Kevin Felder, whose district includes Fair Park, needled Fair Park First board chairman Darren James about some of the details. Where will the park be located? That hasn’t been determined. Will there be multiple parks? They’re awaiting public comment to determine that. What about underground parking, which the Park Board recommended? Not yet in the cards.

So, sure, there are still questions. Biederman and Fair Park First will need to have the park designed, the permits acquired, and construction ready to go within 42 months of the Jan 1, 2019 commencement date. (“I’m a believer in the art of the possible,” Rawlings said about the parks, after first expressing skepticism.) There will still be the matter of how the footprint of the State Fair of Texas interacts with Spectra’s plans. You start thinking here about Williams again, who has spent much of his own money fighting the State Fair to open its books after a city audit found that staff “cannot readily verify the reasonableness of the amounts determined by the State Fair as available for the development and enhancement of Fair Park.”

But there’s finally some hope for Fair Park and the surrounding neighborhoods, which had their homes seized by eminent domain in the 1960s to make white people feel better about going to the State Fair. Williams’ nonprofit, the Foundation for Community Empowerment, published a disturbing report a couple years back that included excerpts from a 1966 report commissioned by the city: “The solution for all of these conflicts, at least in terms of Fair Park’s location, is simple. All that is required is to eliminate the problem from sight. If the poor Negroes in their shacks cannot be seen, all the guilt feeling revealed above will disappear, or at least be removed from primary consideration.”