Neil Armstrong’s sons—Rick (61) and Mark (55)—have chosen Dallas-based Heritage Auctions to auction off about 3,000 of their father’s belongings. Armstrong died in Cincinnati in 2012, but July 2019 will mark the 50th anniversary of the Apollo 11 mission and one of the greatest one-liners of all time.

Items for auction include Armstrong’s flight suit from Project Mercury, an American flag that traveled to the moon on Apollo 11, and a 14k-gold and diamond pin that Armstrong took on Apollo 11 and gave to his wife upon his return to Earth. There is even a letter Armstrong wrote to the Easter Bunny as a child (“Dear Easter Bunny Please hide our baskets And try to make us find them”), perhaps evidencing an early desire for exploration and discovery. The auction will be held November 1-2.

In almost completely unrelated news, Peekaboo Gallery in Los Angeles will coincidentally be hosting a pop-up auction of vintage airline memorabilia on October 13, including the Fly-Eastern Air Lines sign that was displayed on the flight stairs used by President John F. Kennedy and First Lady Jacqueline Kennedy when they disembarked at Dallas Love Field Airport on November 22, 1963. They will also be auctioning “the largest collection of vintage flight attendant uniforms,” including a 1944 TWA uniform and the unforgettable 1960s Emilio Pucci uniforms worn by Braniff flight attendants. And for that American Airlines employee who has everything, there’s a mint condition Japanese tin shuttle van truck toy. Because even though we’ve flown to the moon, some things never change. 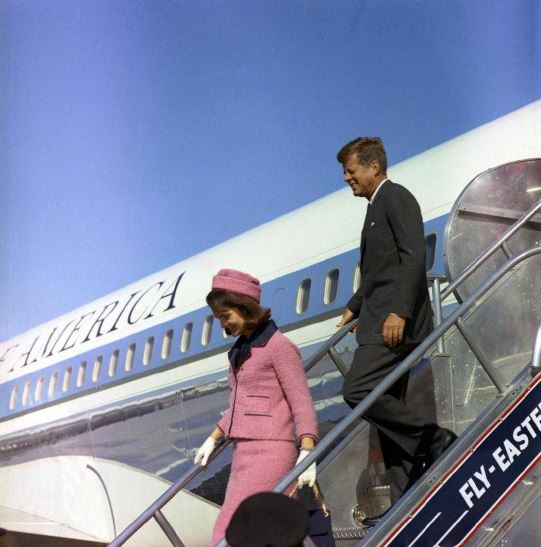 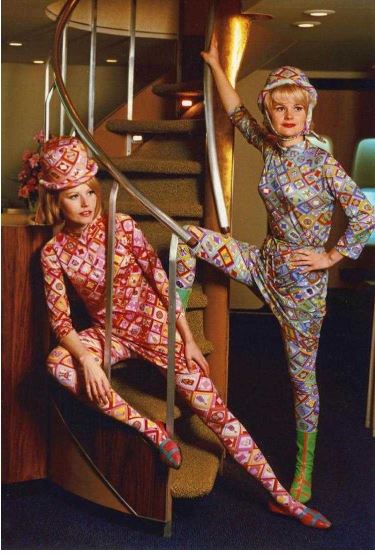 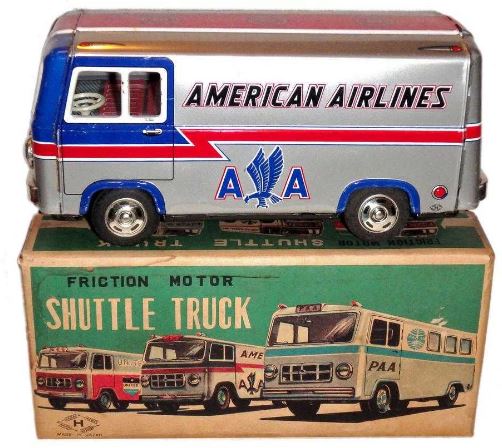