Enjoy unlimited access to all of our incredible journalism, in print and digital.
Subscribe Now
Advertisement
Internet

AT&T Internet Customers Are Not Having a Good Monday

The giant Dallas company says a lightning strike and fire are the root of internet outages across DFW.
By  Shawn Shinneman | October 15, 2018|1:49 pm
Advertisement

Update (4:55 p.m.): Things continue to go poorly both for AT&T’s internet customers and the company’s PR team, which has sent an actually insane amount of responses to salty Twitter users this afternoon. Those tweets possess the same content as they did some four hours ago, which is to say very little. Still no ETA on when service will be restored. Below, the latest iteration of the downdetector.com service outage map. Doesn’t look too different from the one further down this post. 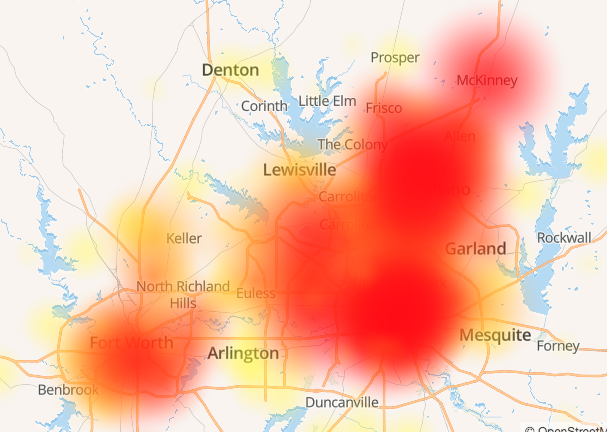 Original post: Many AT&T internet customers across Dallas-Fort Worth can’t get online today. So it’s not just you. The telecom and media giant has been fielding complaints from across the area about internet outages by telling customers that it had a facility get struck by lightning and catch on fire. CBS 11’s Mary Ann Martinez, via a release from the City of Richardson, reports that the fire occurred this morning just before 10 a.m.:

And here’s a big splotchy map that shows the extent of the outages across the area, courtesy of downdetector.com. 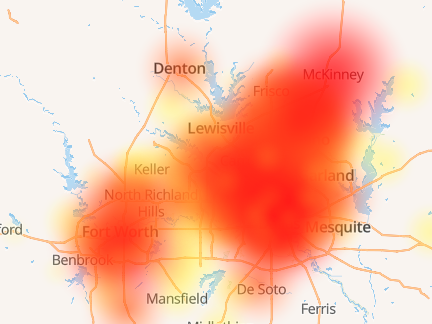 AT&T says it doesn’t know yet when service will be restored.

Dallas’ most important news stories of the week, delivered to your inbox each Sunday.
AT&T

This Service Finds the Best Electricity Plan For You

EnerGenie is a Texas based electricity concierge service that helps consumers find the best possible rates on electricity.
By  EnerGenie
Commercial Real Estate

The peer-nominated award is considered one of the most prestigious honors in the North Texas commercial real estate industry.
D Magazine Directories