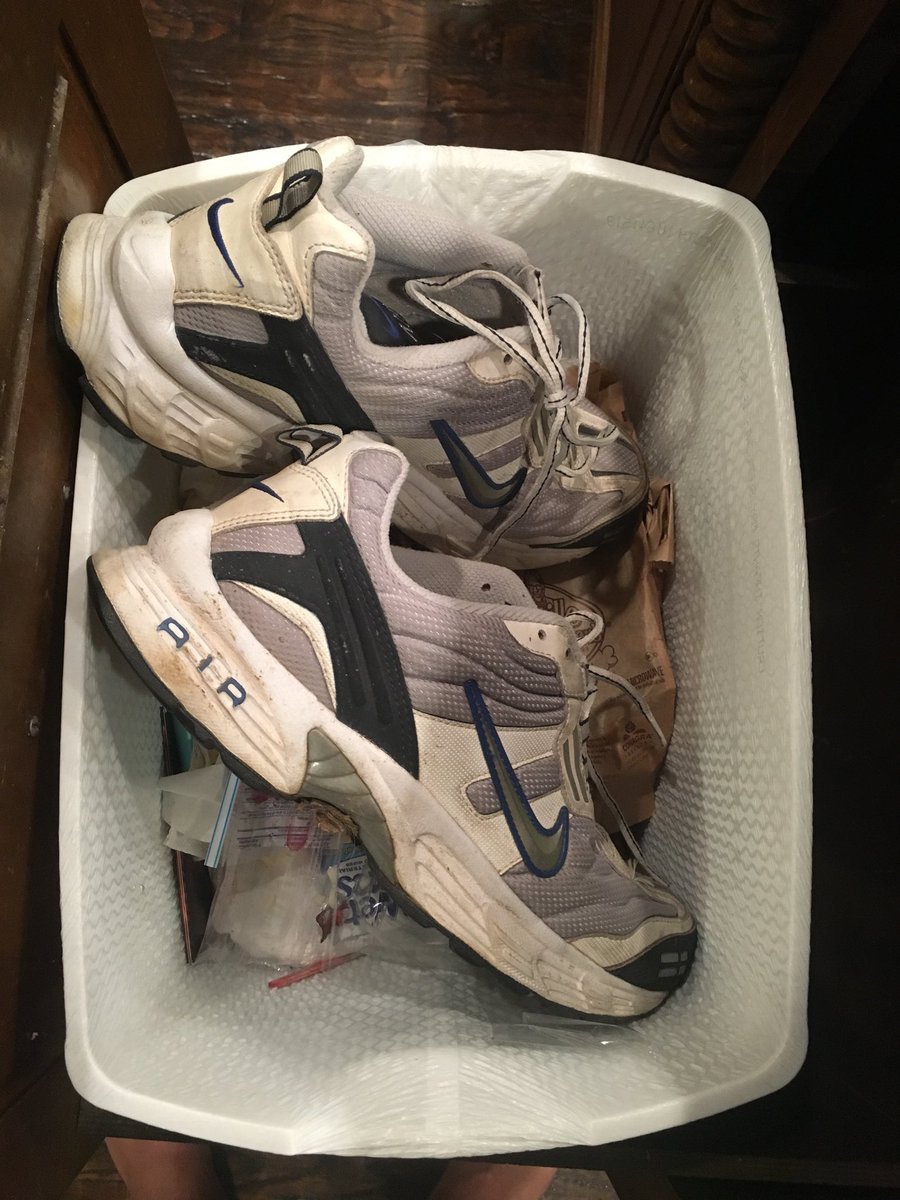 Yesterday, Nike announced that blacklisted NFL quarterback Colin Kaepernick would be the face of its 30th anniversary “Just Do It” campaign. “Believe in something. Even if it means sacrificing everything.” says stark white type over a black and white image of Kaepernick’s face. It’s powerful and great and, predictably, it caused a lot of people to soil their khakis in response. People were burning shoes and cutting up socks (O … K?). In all the hubbub, it slipped my mind that local gold spokesman Mark Davis would have a trash take on it all. And he quite literally did.

We can argue all day about Kaepernick in the comments — or, you can; I’m busy — but I would like to take my time here to comment on the shoes Davis tossed.

They’re Nike Monarchs, because of course they are. If you asked me what kind of shoes Mark Davis wore … OK, well, honestly I wouldn’t have guessed Nike Monarchs. I probably would have said like a Brooks runner or something like that. But if you told me Davis wore Nikes, I would have 100-percent guessed he wore these John-Stockton-pulling-dirty-tricks-but-the-referees-look-the-other-way-because-he-has-the-appearance-of-a-city-manager-on-his-lunch-break-at-the-Y-ass shoes. “All Lives Matter”-looking shoes. Sneaking-precisely-one-domestic-beer-in-the-garage-when-doing-Saturday-chores sneakers. But I probably would have said they were all white.

He just returned them to their home.