Government seems perennially short on tax revenue and long on goals. This isn’t surprising; most of us similarly have champagne taste with a tap water pocketbook. However, a good chunk of the city’s shortfalls are the result of sprawl coupled with deferred maintenance. Recently I wrote about a new 3-D map that showed where the Dallas Central Appraisal District’s taxes come from. In a nutshell, dense commercial or residential areas generate the most tax dollars per land parcel and use far less city services than their taxes and fees support. That surplus of taxes generated is applied to help areas that require more services than they generate in property taxes. What if that changed?

The city of Dallas provides residents many services seen and unseen. By and large, the city collects a bunch of taxes and fees and rolls them into an overall budget before parsing monies out to various departments based on their operating budgets. That model assumes the costs to deliver these services are equal regardless of location. 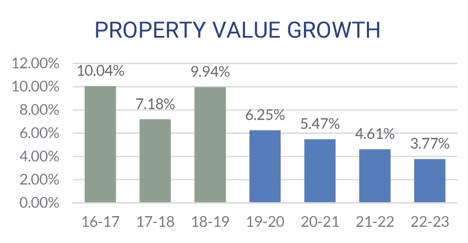 In Texas, municipal taxing districts are limited to increasing overall revenues by less than 8 percent without a public vote. It’s the reason we’ve seen Dallas reduce property tax rates three years in a row. This year, DCAD has jumped assessed property values that result in more than 8 percent revenue growth. Therefore, Dallas’ proposed $130.1 billion 2018-2019 budget calls for another 1.54¢ rate drop, otherwise property tax revenue would increase 9.94 percent— no politician wants a vote on taxes, especially this year with such a high expected turnout.

Is there a way to create a new class of surcharges and credits that rearrange how taxpayers pay, forcing some to pay more and others less while generating the money Dallas needs?

In the chart above, DCAD thinks property appreciation will be slowing for at least the next four years while city services costs will undoubtedly rise (so look for the pennies returned over the past three years to be taken away pretty dang quick).

“It’s an interesting concept, but not legal in Texas as a property tax,” says Kevin Nolan, DCAD’s chief appraiser. “All property in Texas must be taxed at the same rate.”

To accomplish this, the city would have to enact a fee system that was able to charge those using more services. Just like Uber charges you more for going five miles instead of around the block.

It’s important to note, these monies are going to be paid regardless (whether deferred until something breaks or slapped into a bond package). The question, then, is whether the bill for my filet mignon and bottle of wine should be split evenly amongst a group of salad-eating teetotalers.

In the services column, police, fire and ambulance services—otherwise known as “public safety”—accounts for 59.6 percent of the proposed 2018-2019 budget ($805.3 million). That line item is shared by all taxpayers equally, but the services themselves are far from equal. Police and fire stations are generally located based on geographic separation and less on the number of people served. But if the police can travel one mile and reach 10,000 people in one area versus 500 people in another, should both areas pay the same to maintain service? In reality the excess monies generated in an area with 10,000 residents per square mile supplements the costs of the lower density area.

Dallas fire stations 7, 10, 13 and 56 serve the sprawling area of North Dallas from LBJ Freeway up to the George Bush Tollway. Compare that with the much higher structural density but physically smaller area of downtown, Uptown, and Oak Lawn, which is served by stations 3, 4. 11, and 18. More localized billing would ensure those using the service paid for the service. It also stands to discourage sprawl if fees were crafted to encourage density.

Specific to fire services, a surcharge on multi-family buildings without sprinklers would similarly encourage retrofitting. Certainly the Preston Place fire required a lot more fire department support because it didn’t have sprinklers.

Another obvious bucket would be streets and roads. Next year’s proposed budget provides for $125 million in taxes and bonds to pay for road repairs (a pittance compared to the backlog of deferred maintenance). Again, should more dense areas pay less because their very construction diminishes new road construction? Calculate the amount of roads and alleys per square mile and divide the maintenance costs between landowners.

In an Uber-like turn, should gasoline taxes be automatically tied to roadway maintenance requirements? That way the city wouldn’t have to issue bonds (debt) just to fill potholes. On the upside, higher gas prices reduce driving and encourage density.

Trash collection offers another clear delineation between density and sparsity. Of the 240,000 residential households Dallas collects trash from, how many townhouses, apartments, and condos (not using a private service) could benefit from the fewer miles required to pick up their trash? The more dense the area, the less the cost. The more sprawl, the more cost. 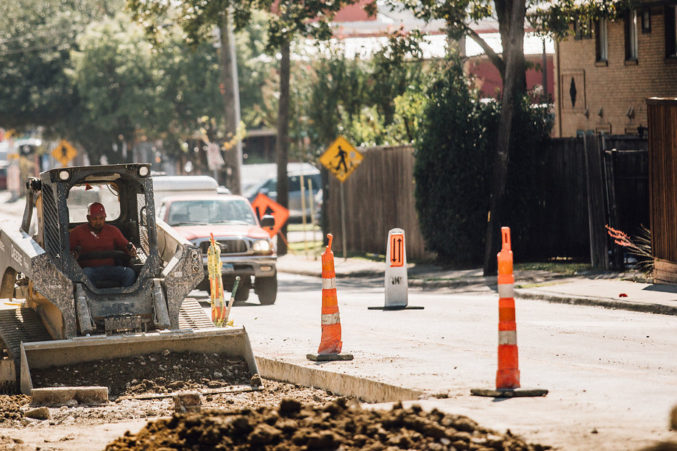 Water, wastewater and stormwater are now combined under one agency (retaining separate budgets) and offer a partial peek into what could be. On the water and wastewater side, Dallas Water Utilities can’t take money from the city’s general fund or be the recipient of city bond money. Because of this, their billing is already self-sustaining. However, could billing be tweaked to reflect actual delivery and maintenance costs? It takes a lot more pipe to reach some houses.

On the stormwater front, District 13 Council Member Jennifer Gates said the city has a backlog of $1.5 billion in stormwater mitigation (flooding) projects. Multiple events are contributing to increasing problems with flooding. Rainstorms are heavier and more common. Water-permeable land is disappearing. We also have an aging system that has essentially been duct-taped for decades.

Last year Dallas began using drone technologies to accurately charge stormwater fees to landowners based on the amount of lot covered in non-permeable materials like concrete.

“Those with more permeable land saw a reduction while those with more coverage paid more,” Gates said. “The end result was revenue neutral.”

While “revenue neutral” doesn’t begin to cover the $1.5 billion backlog, it does set an accurate baseline to begin to addressing the increases required. Certainly, the $48.75 million in flood control bond money is a drop in the bucket (rimshot, but you were thinking it too). A consultant has been hired to figure out the rates needed in order to start chipping away at the backlog.

“Stormwater Operations under Dallas Water Utilities will also for the first time be allocating monies into a capital fund to pay for major maintenance and storm water projects,” Gates said. “There are obviously a lot of deferred projects, but the goal is for storm water to be self-funded.“

So far the average residential customer’s 32-cents per month increase won’t make a dent in the backlog. The 4-ish percent increases slated for each of the coming years won’t either. Spoiler alert: the billing increases required to fix the problem aren’t going to be pretty.

Dallas, like most municipalities is facing the specter of decades of deferred maintenance. The solutions so far involve repairing or replacing existing infrastructure at a rate too slow to address decades of backlogs. Dallas should be at a financial crossroads where it explores what the city’s ultimate goals should be and how residents and businesses will realistically pay for it.

The only exception to this concept is public education. Kids or no kids, smart people are a societal good we all contribute toward and benefit from. No one should be exempt from paying their equal share for public schools, nor should sending kids to private school or home schooling exempt you. 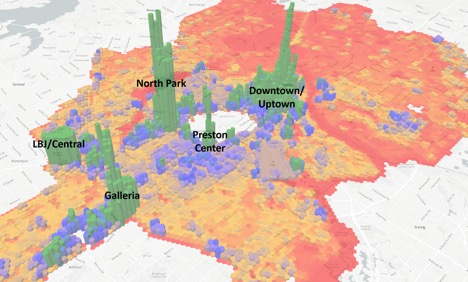 Figure 2: 3-D map of where DCAD generates the most revenue. (Source: themap.io)

There’s one fly in my ointment, and that is southern Dallas. It’s not very dense, but increasing fees on those with less income is unfair. The last thing we need is to increase the number of poor people in the city. Sure, projects like privatizing Fair Park and using data to determine city grant investments for economic development should solve some of that problem as new residents and businesses move to the area. But the best way to address the attachment of self-sustaining fees to usage and maintenance is to also correct for property values. Homes values under a certain level must be exempt from surcharges.

I’ve said it before. As a city, we’re not generating enough revenue to keep the lights on. Bonds, budget shortfalls, and billions in deferred maintenance tell that story. But I’ve also said that the wealthy and commercial landowners aren’t paying their fair share. While some rich people live in higher-density high-rises, the bulk live in single family homes. I was unable to find another city that has widely looked to the sharing economy for how taxes and fees are assessed. But it’s a worthy cause to explore, as, if successful, it could help even the scales and get Dallas on the road to tackling decades of deferred maintenance.