The Pew Research Center just put out a survey looking at the widening political and demographic gap separating residents of the country’s urban and rural areas. Its most surprising finding, however, may be just how much urban, suburban, and rural Americans have in common, united in their avoidance of neighbors, their lack of attachment to their community, and their belief that they are misunderstood by people who live in different settings.

Also this week, Pew mapped the changing demographics of the country on a county level to see how population shifts are playing out locally. Since 2000, the population of Dallas County has gotten bigger, a little older, and significantly less white: in 2016 the nonwhite share of the population was 69 percent, compared to just 56 percent in 2000. 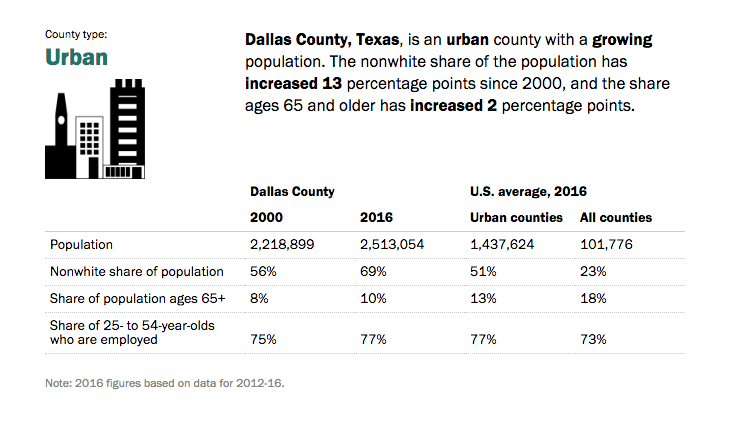 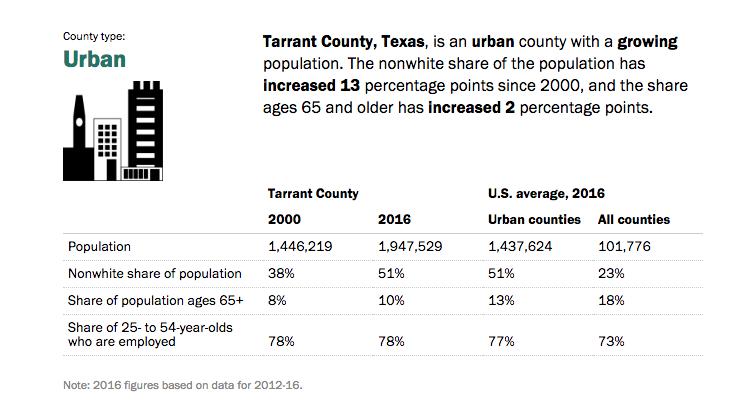 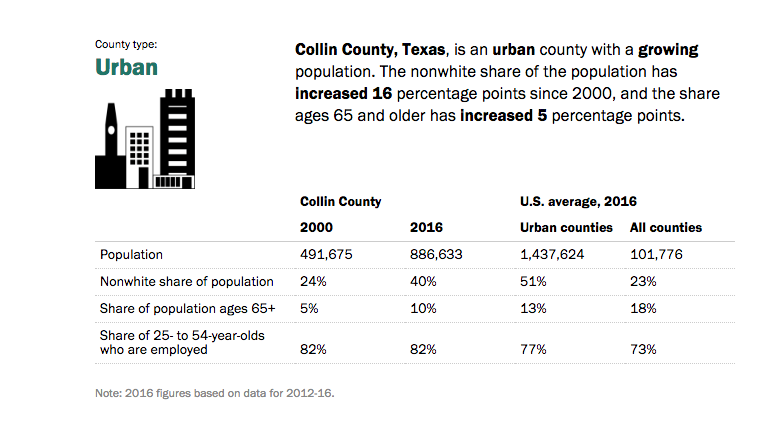 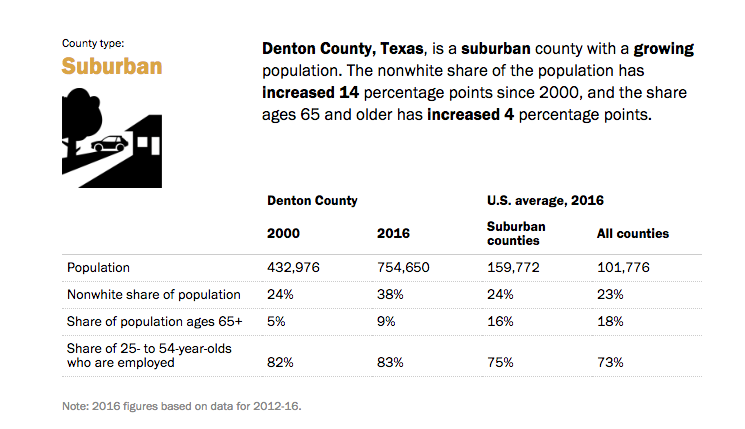 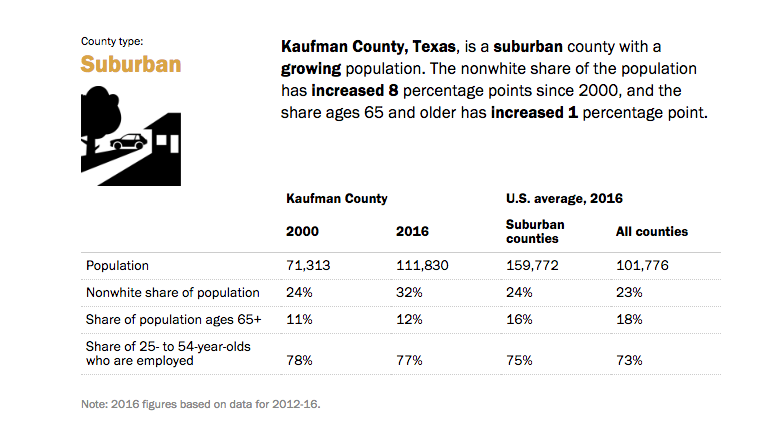 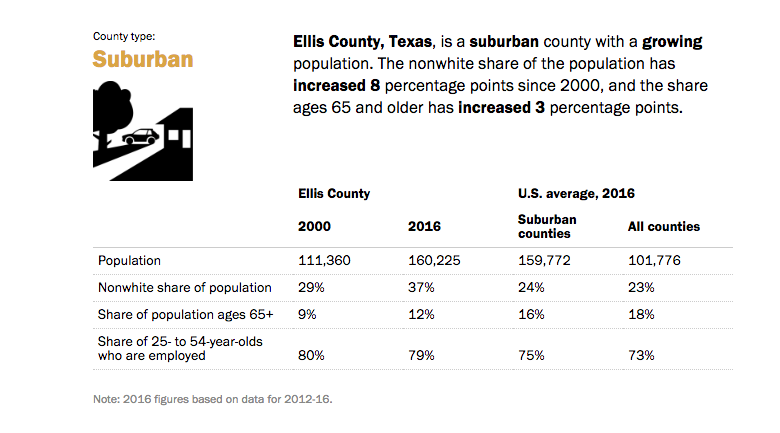