Enjoy unlimited access to all of our incredible journalism, in print and digital.
Subscribe Now
Advertisement
Pizza

Jay Jerrier should be old news by now. It’s 2017, now a dozen years removed from the man building a pizza oven in his backyard and germinating the idea that would become Cane Rosso. We’re six years out from him opening his first brick-and-mortar shop in Deep Ellum, an anniversary that coincides with Tim’s historic homophone miscue that wound up printing “flower” instead of “flour” in the pages of this very magazine.

And yet, here we are, years later, Table No. 1, Jay Jerrier, owner of Pizza Today trade magazine’s independent pizzeria of the year for 2017, talking about pies with Zac and Tim. Because Jerrier can’t stop opening new locations. He’s broken his own rule about never opening in the suburbs, spreading Neapolitan pizza into Carrollton and Fairview, the North Texas Capital of Divorced Dads (as coined by noted Divorced Dad Zac Crain). He’s stretched into Houston and Austin. And now he’s in Frisco at The Star, having had his company vetted by Jerry Jones’ kids, Charlotte Jones Anderson and Stephen Jones. The Cane Rosso empire is now up to $24 million in annual revenue, and he’s on EarBurner to tell you how he did it. Sort of. Show notes and streaming player after the jump.

1. Erykah Badu was the surprise guest at our Best of Big D bash on Wednesday. She played this song. You can read the whole feature here. It’s a good one! 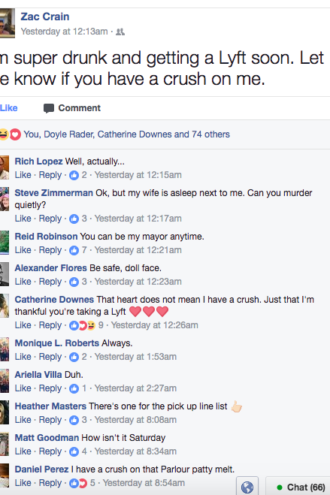 3. Here’s the Teensafe app, which allows you to screw with your kids by locking their phone no matter where you are. I can’t think of a better use of it, to be honest.

5. Dig this pizza oven Cowboys(-esque) helmet that Jerrier had put in at the new Frisco location.

6. R.I.P. Crazy Ray. May you live on in the paintings of Clay Stinnett.

7. Jay Jerrier is in Rudy. See if you can find him.

8. If you’d like to read the full feature, here’s the piece Pizza Today did on Cane Rosso.

9. Here’s the email his parents wrote him about his foul language:

I think I really took this advice to heart.

10. And, finally, the Flour Conspiracy was real. Read all about it.