Enjoy unlimited access to all of our incredible journalism, in print and digital.
Subscribe Now
Advertisement
Health & Wellness

Are Gwyneth Paltrow and Alex Jones on the Same Alt-Health Page? 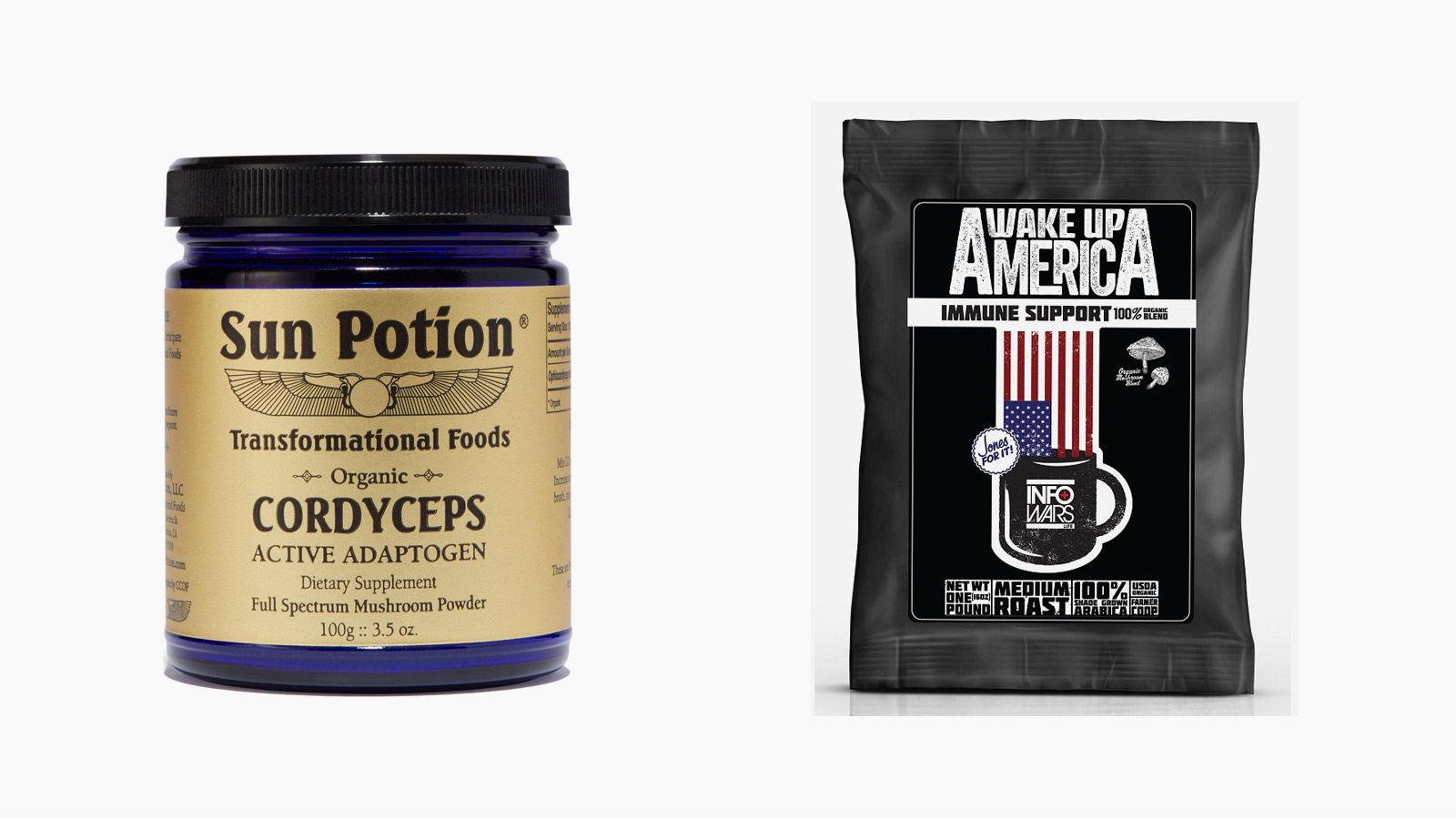 Last month, The New York Times Magazine published a profile of lifestyle guru Amanda Chantal Bacon, whose Moon Juice line of products (which includes such ephemerally named supplements as Sex Dust and Brain Dust) have been touted and sold through Gyneth Paltrow’s consciously uncoupled website. At the end of the article, writer Molly Young notes that she was surprised to discover that many of the same supplements peddled by Moon Juice and Goop are also sold by Alex Jones on his Infowars website. Instead of “Sex Dust,” he labels his “Super Female Vitality.”

We tend to think of “wellness” as the province of swoony liberal elites, but it does, in fact, blossom at both cultural poles. The far-right conspiracy theorist and radio host Alex Jones sells some of the same supplements as Moon Juice on his Infowars website. Jones’s organic fair-trade coffee can be purchased in an “Immune Support” variety that includes cordyceps and reishi mushroom extracts; Moon Juice sells cordyceps and reishi powders with similar claims attached. The “Super Female Vitality” supplement at the Infowars shop shares a number of ingredients with the Moon Juice Dusts: maca, epimedium, shilajit. Alex Jones and Amanda Chantal Bacon each sell probiotics. They each warn against the encroachment of “toxins.” Bacon has a recipe for strawberry milk with drops of colloidal silver in it; Alex Jones pushes tiny bottles of colloidal silver online for $19.95. Perhaps the biggest difference between the two purveyors is context. Alex Jones sells his merchandise alongside tactical body armor and Trump shirts; Bacon sells hers next to chia pudding.

Yesterday, Quartz released an entertaining compendium of the alternative health products hawked on both sides of the political spectrum, comparing the ingredients of items sold on Infowars and Goop. It’s a quick lesson in branding. The liberally packaged version of bacopa, an Ayurvedic herb used to reduce stress, is called “Why Am I So Effing Tired?” The conservatively packaged equivalent is “Brain Force.”

I’ll stick with my home remedy: “A Shot of Organic, American-Made Whiskey Cures All.”

Because of increased needs in recent years, a new patient tower and emergency department expansion is in the works.
By Will Maddox
Partner Content

We’ve been through a lot. Browse these ideas for the ultimate indulgence in self-care. The reset you’ve been craving is just an appointment away.
By D Magazine
Health Systems