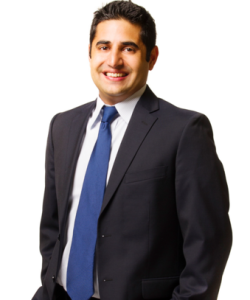 Bobby Abtahi, onetime City Council candidate and suspicious traveler, will almost certainly be appointed today to the Dallas Park and Recreation Board and assume the role of president, replacing the outgoing Max Wells. First the City Council has to approve the mayor’s appointment, but I’m assuming he has already counted the votes.

Reached while traveling out of the country this morning, Abtahi told me that he was surprised when the mayor asked him to take the role. He was also surprised by the timing of the vote; he had expected it wouldn’t come for another three weeks. “I would say I’m humbled, but that would be a lie,” Abtahi said. (That’s a joke. He was referring to a pet peeve of mine, when people misuse the word “humble.”) When I said that this appointment sets him up nicely to run later for City Council, Abtahi said, “I don’t know about that. The mayor and I didn’t even talk about that.”

Now would be a good time to listen to our podcast with Abtahi from September, if you haven’t already. We asked Park Board member Paul Sims to debate with Abtahi the merits of Walt Humann’s plan for Fair Park.