Enjoy unlimited access to all of our incredible journalism, in print and digital.
Subscribe Now
Advertisement
Health & Medicine

Two of his patients testified about the pain they now suffer, while the surgeon who was sent in to correct one of the procedures labeled the patient's outcome an "atrocity."
By Matt Goodman | February 2, 2017|8:20 pm
Advertisement

Dr. Christopher Duntsch wanted to go back in. Mary Efurd, then 74, had walked into Dallas Medical Center with severe back pain; it would be the last time she was able to walk for more than a few minutes. Hours later, Efurd awoke from a surgery that was meant to fuse two vertebrae in her spine to find that she was unable to move her legs or feet. She equated the pain to child birth, a level she ranked as 10-plus on a scale of one to 10, so severe that even morphine couldn’t dull it. Seated in her wheelchair in front of the witness stand of a Dallas County courtroom Thursday morning, she laughed when asked to recall a hospital administrator telling her that Duntsch wanted to do another surgery. She said the pain couldn’t dull her decision: Of course he won’t be going back in.

“No! He will never touch me again,” she recalled saying that day in 2012. “Something is wrong. Dead wrong.”

Efurd is the first of six individuals that Duntsch, whose time in North Texas was featured as the cover story of D Magazine‘s November issue, has been criminally charged with harming during surgery at four area hospitals between 2012 and 2013. He was indicted in July of 2015 with five counts of aggravated assault causing serious bodily injury, and one count of harming an elderly person with a deadly weapon—that’s Efurd. Opening testimony began on Thursday, three days after jury selection began. Attorneys had to sift through three panels of potential jurors—that’s about 195 people; standard criminal trials take just one panel—to find 14, eight men and six women. 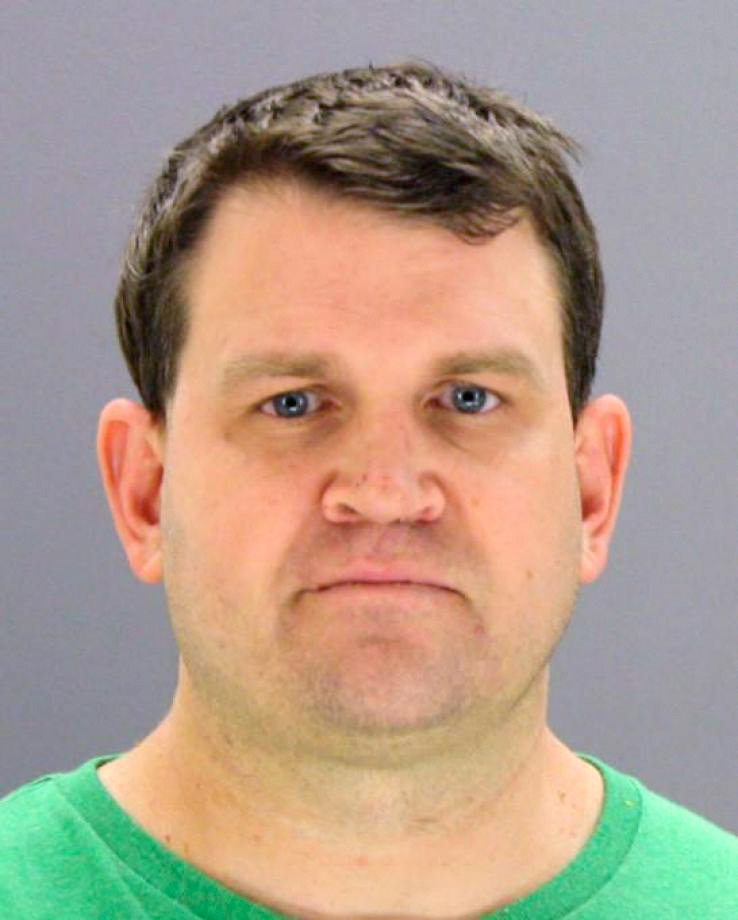 Duntsch’s case has gathered a substantial amount of publicity, even before he was charged. The Texas Observer first wrote about his outcomes in 2013, featuring Efurd heavily, as it questioned why it took the Texas Medical Board years to revoke the neurosurgeon’s license. The Dallas Morning News ran a case-by-case rundown on its Sunday front page in March of the next year, which included direct comment from the surgeon defending his outcomes—“99 percent of everything that has been said about me is completely false,” he told Doug Swanson. Our cover story zoomed into Duntsch’s background, raising questions about his training in Memphis at the University of Tennessee Health Science Center, touching on the drug and alcohol abuse alleged in numerous civil lawsuits, chronicling his life after the Texas Medical Board revoked his license to practice.

Today, Duntsch sat behind a desk alongside his three defense attorneys. He stared forward for much of the proceedings, donning a dark suit coat that hung large on his stocky frame, wearing black-rimmed eye glasses and a face full of stubble. Glenda Fennell, whose husband Kenneth became wheelchair bound after a Duntsch surgery, sat in the back row of the courtroom. She was shocked at how placid he was: “You couldn’t get a word in edge-wise, he wouldn’t let us talk” she said of their first experience with the neurosurgeon in late 2011. “He looks drugged. … I swear he looks tranquilized.”

The trial is expected to last for the next three to four weeks, and the state will have to prove that Duntsch’s surgical outcomes were so egregious that he was operating beyond the accepted standard of care as judged by an ordinary person. Negligence likely won’t be enough to convict. Two people died after his procedures, and more than a dozen reported being harmed. Prosecutors allege that Baylor Medical Center at Plano, the first area hospital where he gained permission to practice, allowed Duntsch to resign without noting his horrific patient outcomes, which freed him to get privileges at other hospitals. (Baylor has denied those allegations, but never allowed executives to speak on the record due to pending litigation.) And so the first day of testimony was part cause and effect, an emotional jab followed by an hourslong lesson in spinal anatomy. Efurd testified first, telling the jury that she had a surgeon operate on her spine in 2008, years before Duntsch arrived in Dallas. That laminectomy, a procedure that involves removing the spongy tissue between the vertebral discs to relieve pressure on the nearby nerves, had temporarily relieved the pain radiating from her lower back down her leg. But it returned years later, around 2011, sidelining her for days when she did simple tasks such as grocery shopping. Her pain management specialist suggested she call Duntsch.

She had two surgeries with Duntsch, the first at Baylor Plano and the next at Dallas Medical Center. The first went OK—although Dr. Robert Henderson, her corrective surgeon, testified that Duntsch actually performed the procedure on the disc just above where the pain was. According to Henderson, Efurd’s paperwork showed that Duntsch had received her consent to perform a one-level spinal fusion between the L4 and L5 vertebrae in her lower back; he actually performed it between L3 and L4. The pain didn’t go away, and she agreed to a second surgery months later at Dallas Medical Center.

“I was just puzzled as to why he wasn’t going to the same hospital,” she said. “But I trusted him. I trusted that he would do what was right.”

On July 25, 2012, she said she awoke with that searing pain. She couldn’t move her legs or feet. The hospital staffers were “very nice,” but they couldn’t explain what had happened. But she knew something was off, which is why she told the hospital administrator that she did not want Duntsch attempting another surgery. Henderson, a well-respected neurosurgeon who has practiced for more than three decades, was brought in to correct it. His testimony Thursday was a three-hour class in spinal anatomy. He walked the jury through the vertebral spaces, explaining where the screws should be placed and where the fusion hardware should go in a successful procedure. Duntsch had inserted that hardware in her soft muscle instead of the bone. The prosecutor, Michelle Shughart, asked if that’s something a trained neurosurgeon should be able to recognize.

“It’s sort of the same way we do when we eat a T-Bone steak,” Henderson said. “We don’t eat the hard part.”

Duntsch obliterated a nerve root, which can cause the patient to be unable to lift their feet, a condition called drop-foot. Efurd still has that in her left foot, although her right foot is back to normal after the corrective surgery and significant rehab. A screw that should’ve been near the disc was off far to the side and cut through a sac containing a nerve bundle, which can cause severe headaches. Henderson said that Duntsch attempted to place a screw in the left side of the spine three times and was unable, leaving markings of his failures. She also lost more than a half gallon of blood during the procedure, which Henderson said was likely at least a third of the amount normally in her body. Today, she can only stand for about 10 minutes at a time, and must use a walker to move short distances out of her wheelchair.

To illustrate what happened during the surgery, prosecutors had Henderson mark it on a digital drawing broadcast on HD-TVs in the courtroom. He identified the differences in before-and-after radiologic images. He stood up in front of the jury, clutching a plastic vertebral column that could show where things should have been placed. Finally, the prosecution broadcast a video he took during the corrective procedure. He said he filmed it because the imaging revealed such an egregious job that he figured a lawsuit was inevitable. He called the procedure “an atrocity,” and said that any educated neurosurgeon would understand that the ways the hardware was placed and the anatomical structures were damaged would undoubtedly result in severe pain in the patient.

In opening arguments, Shughart, the prosecutor, didn’t mention any of the drug or alcohol allegations or Duntsch’s erratic behavior. She zeroed in on the patients who would be testifying, that one after another suffered severe outcomes that Duntsch, who spent 17 years in training before coming to Dallas, had to have been cognizant of. Two of his patients died after his surgery: Kellie Martin bled out in Baylor Plano, and Floella Brown had suffered a stroke hours before Duntsch performed Efurd’s elective procedure, unbeknownst to Efurd. In fact, the state argued that Duntsch had been arguing with the chief of surgery at Dallas Medical Center to drill into Brown’s skull after she had become unconscious, a procedure which the hospital was not equipped for and which Duntsch was not trained for. Brown died upon arrival at UT Southwestern hours later. Shughart called it “carnage.” Duntsch, instead of attending to Brown, had performed the operation on Efurd.

The defense attempted to bludgeon Dallas County’s investigation. One attorney compared it to a poorly baked cake with a hole in the middle, which the baker would fill with frosting in the hopes that the flaw would go unnoticed. “There are risks in surgery,” proclaimed defense attorney Robbie McClung. “They want you to think he knew. They want to draw you in with emotion and not with facts.”

Shughart, in her opening remarks, was clear that her plan is to prove that Duntsch did know: “He knew what he was capable of.”

The question, she then asked, was, “Why didn’t he stop?”

Dallas’ most important news stories of the week, delivered to your inbox each Sunday.
Dr. Christopher Duntsch

Because of increased needs in recent years, a new patient tower and emergency department expansion is in the works.
By Will Maddox
Healthcare

Plus, Steward Health Care names a regional president, and more.
By Will Maddox
D Magazine Directories