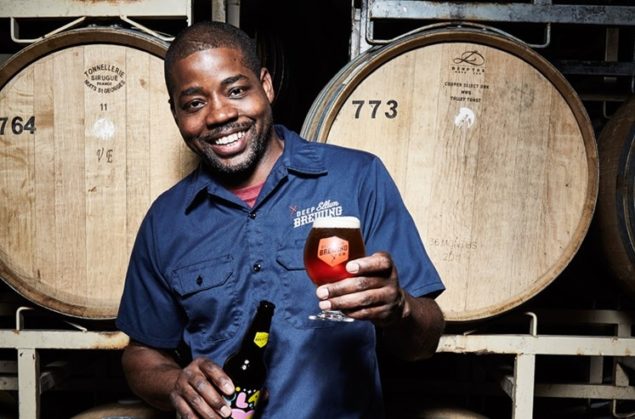 In the July issue of D Magazine, our dining critic, Eve Hill-Agnus, wrote about “The Mad Scientist of Sour Beer,” a fellow named Barrett Tillman who followed his muse into an unusual form of brewing that purposefully uses bacteria in its process. Tillman stopped by the Old Monk on Thursday afternoon to chat with Tim and Zac about how he got into the business — and maybe offer samples of his wares.

A few notes before you listen:

1. It’s illegal under Texas state law to bring alcoholic beverages onto the premises of the holder of a mixed beverage permit or private club permit.

2. According to the 2010 Census, the population of Dallas is about 25 percent black.

3. Genesis Chapter 2, Verse 24 says “Therefore a man leaves his father and his mother and clings to his wife, and they become one flesh.” In his Gospel, Matthew expanded on this a bit: “Have you not read that the Creator from the beginning made them male and female and that he said: This is why a man leaves his father and mother and becomes attached to his wife, and the two become one flesh? They are no longer two, therefore, but one flesh. So then, what God has united, human beings must not divide.'”

Now here’s the show. Remember to subscribe on iTunes, Stitcher, or your favorite pod-catcher.